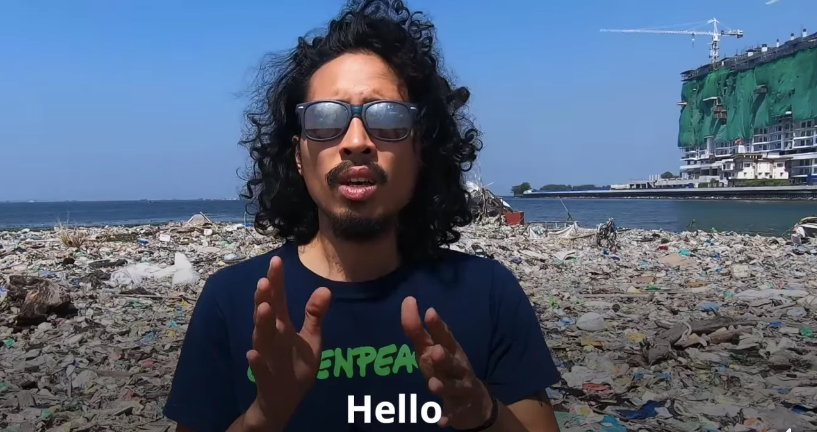 In a Facebook video uploaded by environmental watchdog Greenpeace Philippines, Herrera can be seen standing on a large volume of trash in Freedom Island, which he calls a “literal garbage island.”

“As you can see right now, we are here standing on a garbage island here near Freedom Island. And it is literally an island of single-use plastic garbage,” the actor said.

Pepe Herrera on a plastic island

Pepe Herrera welcomes you to the Philippine Islands … of plastic waste. If we don't #BreakFreeFromPlastic now, we'd have more islands to welcome than the 7,641. Tell companies to stop producing single-use plastic >> act.gp/stopsingleuseplastic-fb

Freedom Island is located inside the Las Pinas-Paranaque Critical Habitat and Ecotourism and was declared as critical habitat in 2007. It is also the remaining mangrove frontier in Metro Manila and serves as a sanctuary for more than 80 species of birds.

“We can keep cleaning the shores along Manila Bay but plastic never goes away. This is a garbage island where single-use plastic like sachets and all sorts of trash are enough to form their own island,” he added.

According to the Plastic Free Challenge organization, single-use plastics, or disposable plastics, are items that are used only once before they are thrown away or recycled. These include plastic bags, straws, coffee stirrers, soda, and water bottles and most food packaging.

Herrera also urged corporations to stop producing single-use plastic and to reduce plastic consumption to stop the feeding of the so-called “#plasticmonster.”

“If we don’t #BreakFreeFromPlastic now, we’d have more islands to welcome than the 7,641. Tell companies to stop producing single-use plastic,” Greenpeace Philippines wrote on the video’s caption.

Last year, the actor shared that he is devoting his time as a “garbage collector.”

He said he’s proud to pick up unwanted waste and that he felt “really good doing it again.”

Meanwhile, the Philippines is said to be one of the world’s worst plastic polluters of oceans.

Greenpeace said an equivalent of one truckload of plastic end up at sea every minute. /jpv