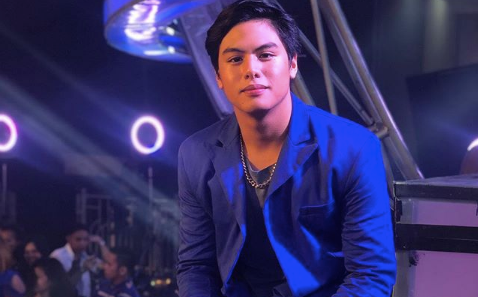 MANILA, Philippines — Police on Tuesday said they would be filing a criminal case against GMA actor Migo Adecer for using a fake driver’s license.

The Makati police said Adecer, who was earlier arrested after a traffic incident where two employees of the Metropolitan Manila Development Authority (MMDA) were hurt, presented a license which had been determined to be fake.

For that, the actor will be charged with falsification of public documents, the Makati police said in a statement.

“It was resolved during the conference that the LTO [Land Transportation Office] will issue a Certification attesting that the driver’s license presented by Adecer to the police is fake and the Makati PNP will file criminal case for Falsification of Public Documents,” the statement said.

Last week, the 19-year-old actor, who won GMA’s talent search “Starstruck,” was arrested after his car hit two MMDA employees and then tried to escape.

Adecer, whose real name is Douglas Errol Dreyfus Adecer, was released on March 27 after the Makati Metropolitan Trial Court allowed him to post bail.

Meanwhile, the police said the LTO-National Capital Region (LTO-NCR) was eyeing separate sanctions on the actor over previous cases of Adecer.

“The LTO NCR will initiate the administrative aspect of the case of Adecer for possible suspension and or permanent revocation of his driver’s license considering that based on LTO records, he already had four recorded reckless driving cases,” read the statement. /cbb