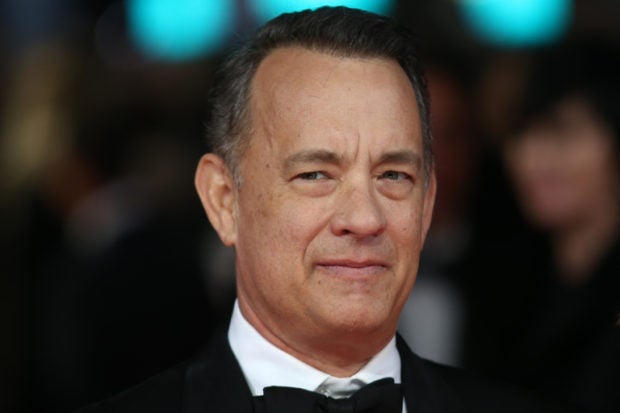 Tom Hanks arrives on the red carpet for the British Academy of Film and Television Arts (BAFTA) British Academy Film Awards at the Royal Opera House in London on Feb. 16, 2014. Image: AFP/Andrew Cowie via AFP Relaxnews

The untitled Warner Brothers biopic about the music legend will be directed by Baz Luhrmann (“The Great Gatsby”, “Moulin Rouge”). Luhrmann and Craig Pearce will write the screenplay.

The movie will center on Presley’s rise to stardom, as well as his relationship with Parker.

“Colonel” Tom Parker discovered the young Presley and quickly became the future icon’s manager. He was responsible for Presley’s record deal with the Radio Corporation of America (RCA), his merchandising deals and his successful acting career.

The part of Presley himself has not yet been cast.

Lurhmann is producing the feature with Catherine Martin and Gail Berman.

Tom Hanks is currently working on “Bios”, a sci-fi drama from Steven Spielberg’s Amblin Partners. He will next be seen as Mister Rogers in Sony’s upcoming biopic “A Beautiful Day in the Neighborhood”, in World War II drama “Greyhound”, and as the voice of Sheriff Woody in “Toy Story 4”. CE/JB