‘The Order’ renewed for second season 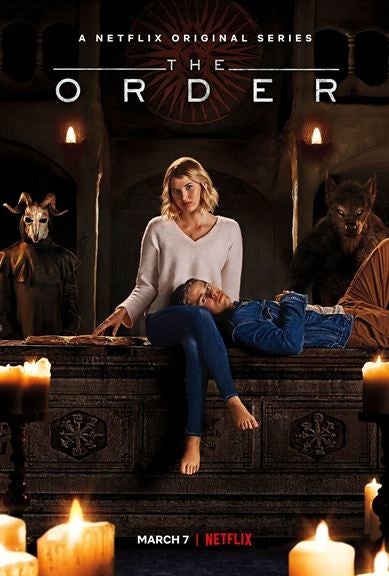 Netflix premiered the first season of ‘The Order’ on March 7. Image: courtesy of Netflix via AFP Relaxnews

Three weeks after its launch, Netflix show “The Order” is already sure of returning for a second season. The platform has ordered another ten episodes of this fantasy series which will be shot this summer in Canada and are set for release in 2020.

Just like the first, there will be ten episodes in the second season which is set to premiere in 2020. Nomadic Pictures will begin shooting the new episodes this summer in Vancouver, Canada.

Actors Jake Manley (“Heroes: Reborn”) and Sarah Grey (“Legends of Tomorrow”) will return in their starring roles as Jack Morton and Alyssa Drake. U.S. media reports that the rest of the cast will be announced at a later date.

Created and written by Dennis Heaton (who is also executive producer) and Shelley Eriksen, “The Order” tells the story of Jack, a young student who joins a secret society to avenge the death of his mother. He discovers a world in which werewolves and practitioners of dark magic are at war with each other. The further Jack immerses himself in this magical world, the more dark secrets he discovers about his family.

This renewal comes just a short time after the launch of the first season on March 7.

In addition to “The Order”, Netflix has more supernatural and horror to come, including the upcoming launch of “Chambers” starring Uma Thurman which will be dropped on the platform on April 26. CE/JB

Streaming wars heat up as rivals queue up to challenge