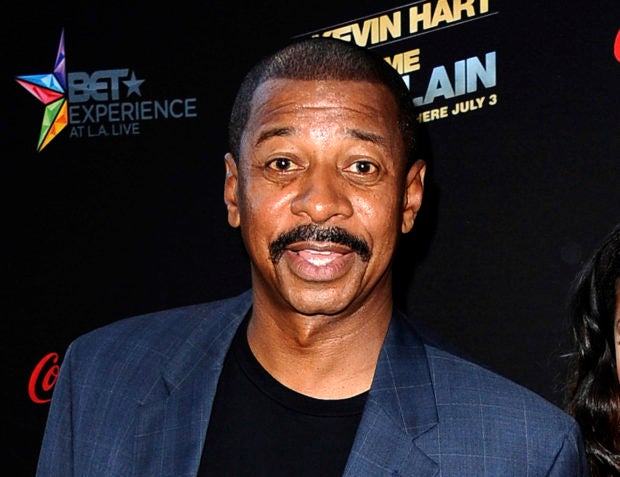 This June 27, 2013 file photo shows Robert Townsend at the premiere of “Kevin Hart: Let Me Explain” in Los Angeles. Townsend is nominated for an NAACP Image Award for Outstanding Documentary in Film for “The Five Heartbeats”. The 50th NAACP Image Awards will be revealed during a TV One broadcast from the Dolby Theatre in Hollywood on Saturday. (Photo by Scott Kirkland/Invision/AP, File)

Some of us understand the heartbreak of finding out our favorite band has broken up, but few can actually turn that dismay into a cult classic. That’s what Robert Townsend did with “The Five Heartbeats”.

According to the 62-year old filmmaker, it was hearing that David Ruffin was leaving The Temptations that inspired him to create a film about a fictional group that mirrored their rise and fall.

“When you’re a kid and you’re on welfare… what lifted us a lot of times was music,” said Townsend.

That eventually led to what he thought was his magnum opus — the 1991 movie “The Five Heartbeats”. The film tanked in theaters, but ended up becoming an enduring staple thanks to repeated airings on TV and elsewhere. The film has over 300 million clips that have been shared on social media, said Townsend.

“Everywhere I go, people love ‘The Five Heartbeats’. I can’t go to the gas station or airport (without it being mentioned),” he said. “And they’re like, ‘Can you do a sequel? Can you do a sequel?’ And I was like, ‘I don’t think there’s a sequel here.”’

But he did see a possibility for a documentary about making it. That led him to produce “Making the Five Heartbeats”, a documentary outlining the journey. Now he’s nominated for an NAACP Image Award for outstanding film documentary. The 50th Image Awards are being presented in Los Angeles on Saturday.

Townsend said he was heartbroken when “The Five Heartbeats” flopped at the box office.

“I worked on every syllable, every word, I talked to as many, you know, groups from the ’60s and the team I put together I thought was amazing so at the end of the day I go, ‘I think this is a really great movie…’ Nobody came to see it.”

It was his first film after “Hollywood Shuffle”, his biting comedic commentary about the difficulties of making it in Hollywood as a black actor. He famously financed it on his credit cards and audiences loved it; the film was a critical and commercial success.

“The journey started with a young actor in Hollywood, frustrated, auditioning for slaves and pimps and drug dealers and gang-bangers. I got fed up and I, you know, decided because I was getting so discouraged and I was dying,” he recalled. “I said to Keenan Ivory Wayans, I said, ‘Keenan, we should make our own movies.’ I had saved $60,000 in the bank and I had done a movie with Denzel (Washington) called ‘A Soldier’s Story’ with Norman Jewison directing. We got nominated for four Academy Awards and I told my agent, I said, ‘I want to do more movies like this. This is what I’m talking about — this.’ And my agent goes, ‘Robert, they only do one black movie a year. You just did it. Be happy.'”

Besides “The Five Heartbeats”, Townsend has had a long career in both film and television. Among his recent credits include directing an episode of the CW’s “Black Lightning”.

Townsend said he doesn’t see his documentary on “The Five Heartbeats” as validation, but a capsule on a film that has become a part of black film history.

“What people don’t know is that it is on every African-Americans top 10 list and it plays Thanksgiving and Christmas and it’s like a tradition, a household tradition,” he said. “So, for me to revisit it, but with a fresh perspective on how I made it, I’m an artist, so I was just like oh there’s a canvas to paint on. … I think these are some interesting stories about my journey as a filmmaker.” CC