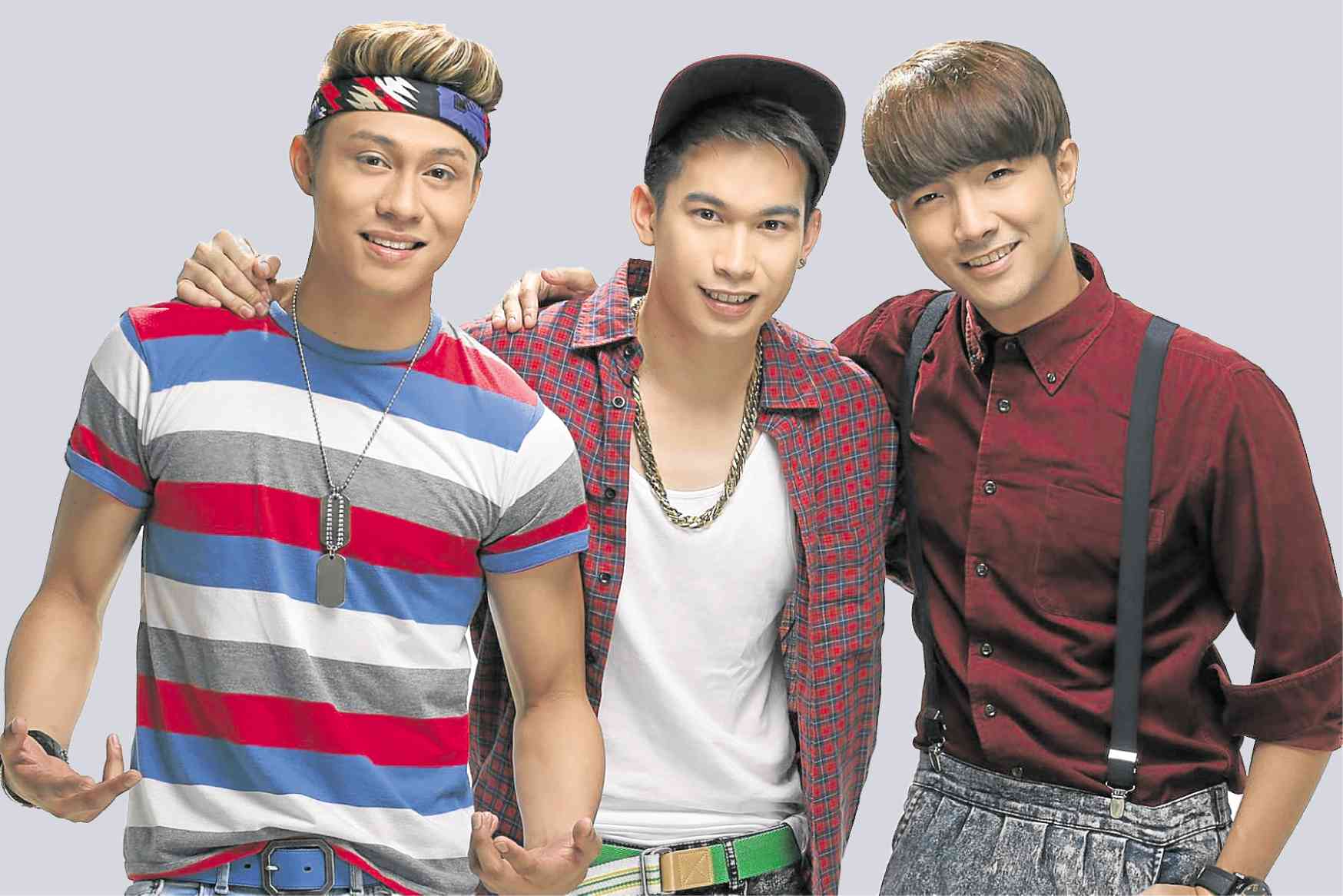 They may have failed to make it all the way to the finals of “The X Factor UK” two years ago, but the men of the musical trio JBK—Joshua Bulot, Bryan del Rosario and Kim Ordonio—nonetheless returned home armed with knowledge and experiences that have helped them become better artists.

“We learned a lot during our time there, and I feel like we got even tighter as a group. Back then, we used to feel pressured when performing onstage. Now, we feel like we can own any stage we step on,” Bryan said in a recent interview for “Just Be Kind,” JBK’s first major solo concert, which will be held on March 29 at the Music Museum.

Their stint in the said British reality talent search has likewise opened new doors for the singers, who are now managed by GMA Artist Center.
“It was during the competition that GMA really noticed us. They supported us, gave us press and exposure,” Bryan said. “We were also offered regular spots at Metrowalk and Resorts World Manila.”

Members of the band, which managed to reach the Six Chair Challenge stage of the contest, described their time in the United Kingdom as their “biggest accomplishment” yet in the six years they have been in show biz.

“We learned that there was an online audition; you just had to send a video of your performance. Might as well! They contacted us after about a month. And then we had to undergo four more screenings, before we actually got to face Simon Cowell, Nicole Scherzinger and the other judges,” Joshua recalled. “It was awesome.”

Asked about his thoughts on JBK getting more recognition from Filipino viewers only after their international exposure, Kim said: “It’s OK. It’s understandable because the competition here in the Philippines is really hard—you have to really come up with something that will make you stand out.”

And now that they have had some exposure, it’s time to come up with a definitive sound.

“I think one of our strengths is that we write our own songs… We arrange and come up with our harmonies as well,” Kim said of the group, which leans toward smooth and soothing R&B jams, like those of their idols South Border.

“We’re also undergoing acting workshops along with other GMA talents, just in case we get offered acting jobs,” Bryan added. “I have realized we can also explore other things aside from singing.”

The proceeds of the “Just Be Kind” concert—mounted by Winstruck Events Production—
will be donated to the Mabuhay Desert Foundation, YesPinoy Foundation and Hero Foundation Inc.

“This past year has really opened our eyes to charity work. We visited the homes of some of the children we were helping, and it was inspiring and sad at the same time. Seeing their conditions made me feel like I can’t complain about my life right now,” said Joshua, one of the actors who have played Tolits in “Rak of Aegis.”

“We have performed for children with different medical conditions, like impaired vision, cataracts, cleft palate, clubbed feet. And seeing them respond to music was heartwarming,” added Bryan.

“What we have prepared is very different from our usual bar gigs,” Kim said. “Our set will be a mix of old and new songs. There’s going to be a bit of comedy and dancing, too.”