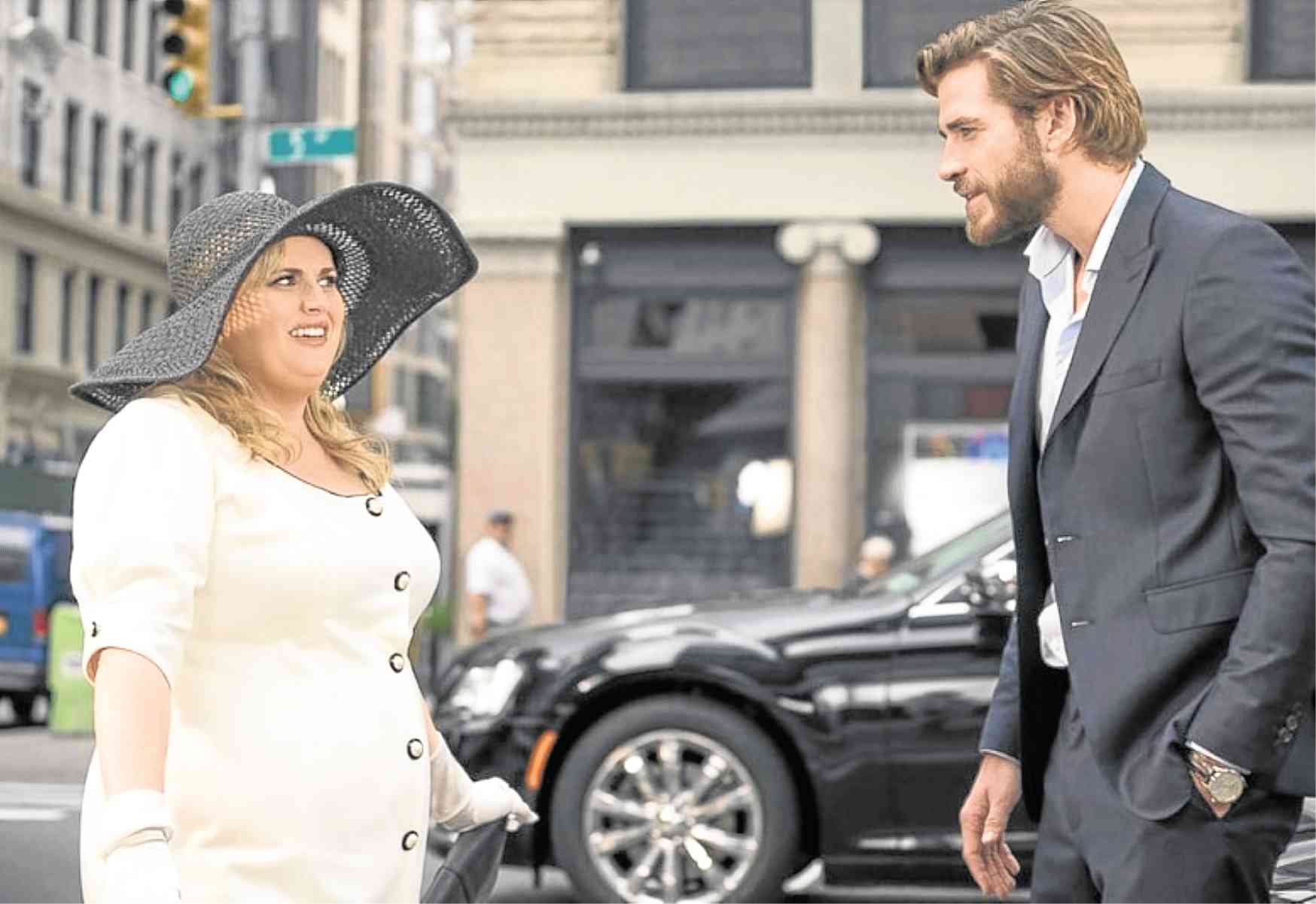 Rebel Wilson (left) and Liam Hemsworth in “Isn’t It Romantic”

Romantic comedies are parodied in the comedy “Isn’t It Romantic.” Its cynical protagonist dismisses such stories as worthless and too implausible—that is, before she finds herself in one.

In the new film streaming on Netflix, Natalie (Rebel Wilson) is an architect, a pushover at her job: Coworkers treat her like their underling, and she gets mistaken for someone whose job is to buy coffee—and she does it for them, anyway.

She’s way too lenient with her own assistant, Whitney (an unrecognizable Betty Gilpin), a diehard rom-com fan. But Natalie is oblivious that Josh (Adam DeVine), another coworker, is attracted to her.

After an accident knocks her out, she finds herself in a strangely different world—where she’s the star of her very own rom-com!

Here, she’s a respected career woman, a snazzily dressed rival of Whitney’s. And, sure enough, she soon finds herself in a love triangle.

While Natalie is concerned that there are genuine sparks between Josh and “yoga ambassador” Isabella (Priyanka Chopra), she meets dashing Blake (Liam Hemsworth), who intends to sweep her off her feet.

Todd Strauss-Schulson’s film wryly scrutinizes the “magical” situations in the genre’s popular films—and makes fun of them by cleverly reimagining them.

In one scene, Blake and Natalie drop by an ice cream parlor, but it’s closed. Blake breaks into the store and, before you know it, they’re already eating ice cream together, the place all to themselves.

And, as she’s in a different reality altogether, she has an effeminate gay friend in Donny (Brandon Scott Jones), who shows up at the most unexpected times to give sage makeover advice. In her “real” world, he’s  just the neighbor who keeps mostly to himself.

But Natalie remembers her old “universe,” recognizes the tropes, and  almost gives in to the lure of her color-glazed reality.

Some situations take time to draw laughter—there are karaoke and dance numbers that are a delight to watch, but the energy fizzles right after.

Still, Natalie is an astute character  who realizes that there are more important things in life than romance.

For all its self-awareness, it also falls into the trap of the typical rom-com formula, as it dispenses perfunctory messages about love and empowerment.