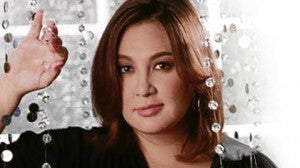 It has been three months since Sharon Cuneta inked an alleged P1-billion, five-year deal with TV5, and the lull has many fans asking what’s in store for their idol.

Aside from a couple of event appearances and TV guest stints, she hasn’t been visible. But that’s about to change.

This month, Cuneta will officially debut as a Kapatid talent via a daily talk show, “Sharon.” Although the concept and format are still under wraps, TV5 head of creative and entertainment production Perci Intalan said the show was tailor-made for Cuneta and “different from what people might expect.”

Intalan noted that TV5 would mine its experience from creating “public affairs-talk show hybrids,” such as “Public Atorni” and “Face to Face” for Cuneta’s new talk show.

“Sharon has done talk shows in the past, but we want something fresh. We’re confident that we’ve created is perfect for her,” Intalan told the

Inquirer. He added that Cuneta was “very hands-on,” and attended all brainstorming sessions.

In a TV interview, Cuneta promised viewers that the show would have a lot of heart. “Mas makabuluhan … the best among all the shows I’ve done.”

While “Sharon” is expected to tackle a wide range of topics, Intalan revealed that more focus would be given to issues concerning women.

“Expect a more accessible Sharon, someone people can reach out to and confide in,” he said. “She’s prepared to really open up, and won’t be afraid to share her personal experiences.”

Asked if there was a possibility of “Sharon” going up against Kris Aquino’s “Kris TV” over at ABS-CBN, Intalan said he would announce the final time slot soon. He added: “Our show will be different from Kris,’ that much I can say.”