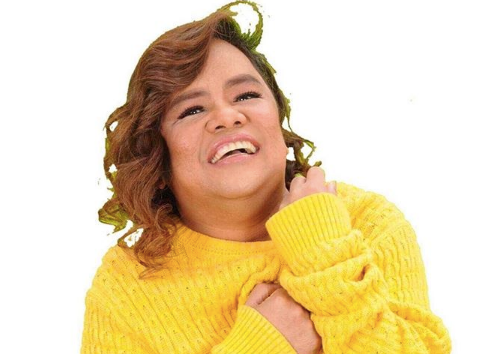 Friends of the late comedian Chokoleit (real name: Jonathan Aguilar Garcia), including Vice Ganda, Pokwang, K Brosas and Pooh, among others, went to his wake recently.

The solemn moment was shared on social media by the friends yesterday, March 11. In the photo, the four comedians can be seen standing over Chokoleit’s casket.

Brosas also addressed Chokoleit’s fans who were concerned about the pet dogs he left behind. As per Brosas’ comment, Chokoleit’s dogs were in the wake. Arrangements have also been made in regard to where the dogs would go.

Brosas and Pokwang mentioned in recent posts on Instagram that they were supposed to be with Chokoleit in his Abra performance, but were not able to join due to conflict in schedule. Both said they would not know what to do and might not be able to take it if they were there with him when he died.

The 46-year-old Chokoleit passed away on Saturday, March 9, shortly after his performance. As per ABS-CBN, Chokoleit’s attending physician at the Abra Provincial Hospital said he died of pulmonary edema and heart attack.

Meanwhile, in a video of Chokoleit’s performance shared by actor-singer Carl Guevarra, the comedian can be seen struggling and seemingly short of breath while delivering his lines.  Cody Cepeda /ra

Read Next
Chance the Rapper marries longtime girlfriend
EDITORS' PICK
Individuals affected by ‘Karding’ now over 157,000
Newbie gamers are in for a treat with the power-packed feature of vivo Y16
House energy committee chair Arroyo bats for cheap electricity
Bongbong Marcos says PH ‘open for business’ with new Clark Airport terminal
Karding damage to infrastructure at P23M
Reignite your passion with the vivo Y35
MOST READ
LPA enters PAR, may develop into tropical depression
Angelica Panganiban ‘duguan, sugatang mom’ one week into breastfeeding
Security guard shoots 2 other guards dead inside Makati subdivision
Badoy not with Office of the President, NTF-Elcac, under Marcos admin — solon
Don't miss out on the latest news and information.