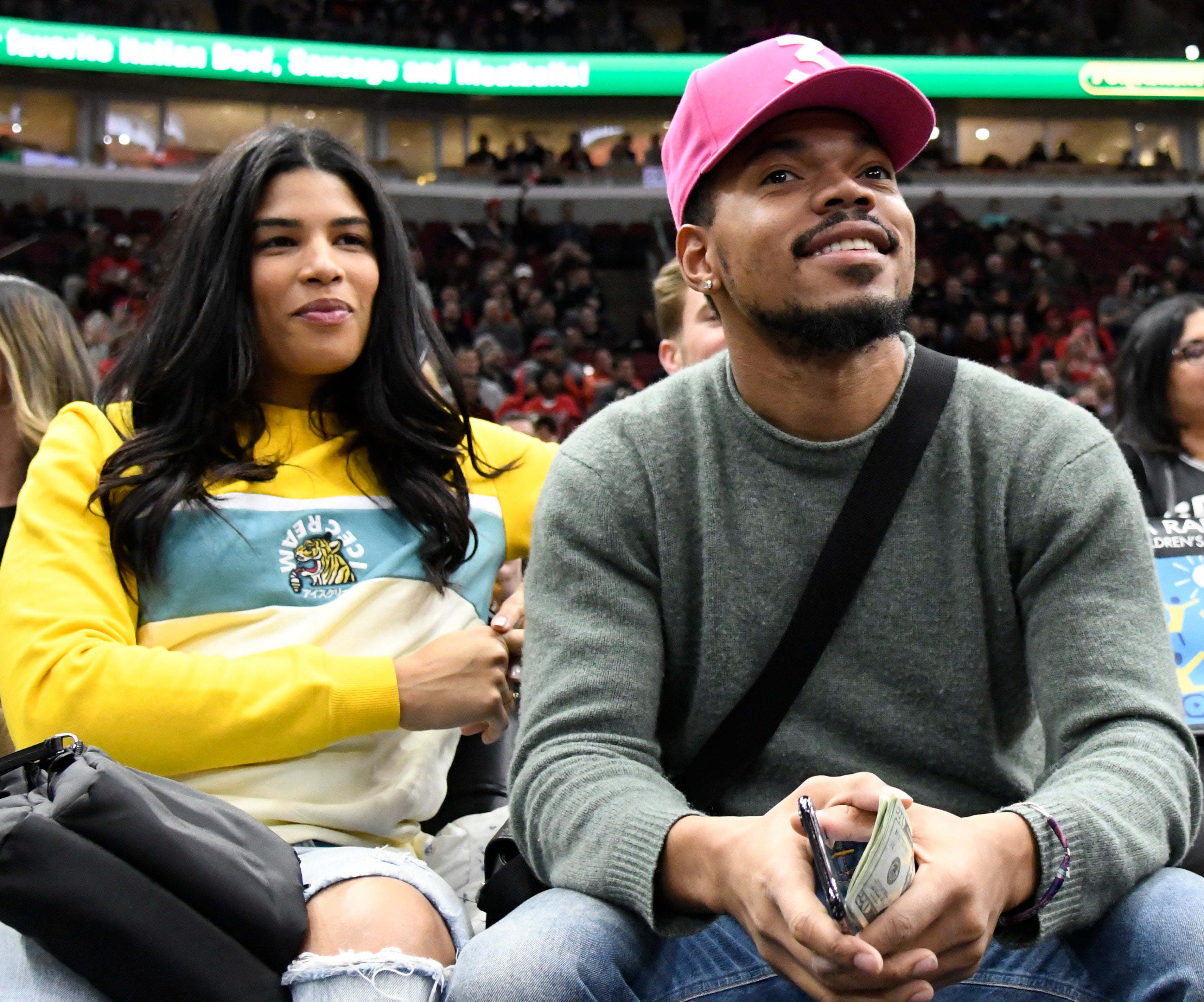 In this Nov. 26, 2018 file photo, Chance the Rapper, right, and Kirsten Corley appear during the second half of an NBA basketball game between the Chicago Bulls and the San Antonio Spurs in Chicago. The Chicago-based rapper tied the knot with Corley. He posted photos on his Instagram and Twitter accounts on Monday, March 11, 2019. (AP)

LOS ANGELES — Chance the Rapper tied the knot with his longtime girlfriend in a star-studded ceremony.

The Chicago-based rapper posted several photos of him and Kirsten Corley on his Instagram and Twitter accounts on Monday. He captioned his photos with him sporting a white tuxedo with black pants and her wearing a strapless white dress writing “The Bennetts.”

The 25-year-old rapper, whose real name is Chancelor Jonathan Bennett, shared another photo of him with Kanye West, Dave Chappelle and Kirk Franklin.

Last week, Chance the Rapper posted a story on social media of how he met Corley when he was 9-years-old at his mother’s office party. He called their marriage “destiny.”

Read Next
David Licauco doesn’t want to be known only for his sexy body
EDITORS' PICK
Individuals affected by ‘Karding’ now over 157,000
Newbie gamers are in for a treat with the power-packed feature of vivo Y16
House energy committee chair Arroyo bats for cheap electricity
Bongbong Marcos says PH ‘open for business’ with new Clark Airport terminal
Karding damage to infrastructure at P23M
Reignite your passion with the vivo Y35
MOST READ
LPA enters PAR, may develop into tropical depression
Badoy not with Office of the President, NTF-Elcac, under Marcos admin — solon
‘Sardinas ang ulam’: Senators lament soldiers’ P150 daily subsistence allowance
Angelica Panganiban ‘duguan, sugatang mom’ one week into breastfeeding
Don't miss out on the latest news and information.