I realized, looking back now, that I only make films when I get obsessed with something,” said director Mike de Leon during what was billed as “the last public screening” of his last film “Citizen Jake” at the UP Cine Adarna in Quezon City.

Coinciding with the said event was the premiere of his short film, titled “Kangkungan,” which took a hit on President Duterte, as well as touched on the sociopolitical issues that the country is facing.

De Leon, a known critic of the Marcoses, said he chose to retire after directing “Bayaning Third World,” which he made because “I’ve only been obsessed with Rizal … After that I said, there’s nothing for me anymore.”

He pointed out that this was the time when the Marcoses were already ousted from office and the patriarch, Ferdinand, was exiled from the country. “I felt disillusioned because nothing seems to be changing,” the director pointed out. “Of course, there were offers for me to do commercial films. I did one comedy movie. I remember watching it in the cinemas and it was packed. I didn’t know if I’d feel happy about that.”

The director added: “The drive to make films disappeared all of a sudden. The Marcoses had left. But now, I felt I had to come back.”

The Marcoses are back in the political scene. The dictator’s son, Bongbong, ran for vice president in the May 2016 elections. His daughter, Imee, is currently a senatorial candidate. It was also in 2016 that Duterte permitted the former President’s burial at Libingan ng mga Bayani.

“I said I think I want to make another movie,” De Leon said during the question-and-answer portion after the screening. “I also decided to make a short video.”

“Kangkungan,” De Leon said, was made for the “social media generation,” or those with “limited attention span. That’s why you have to get your point said within four or five minutes.” 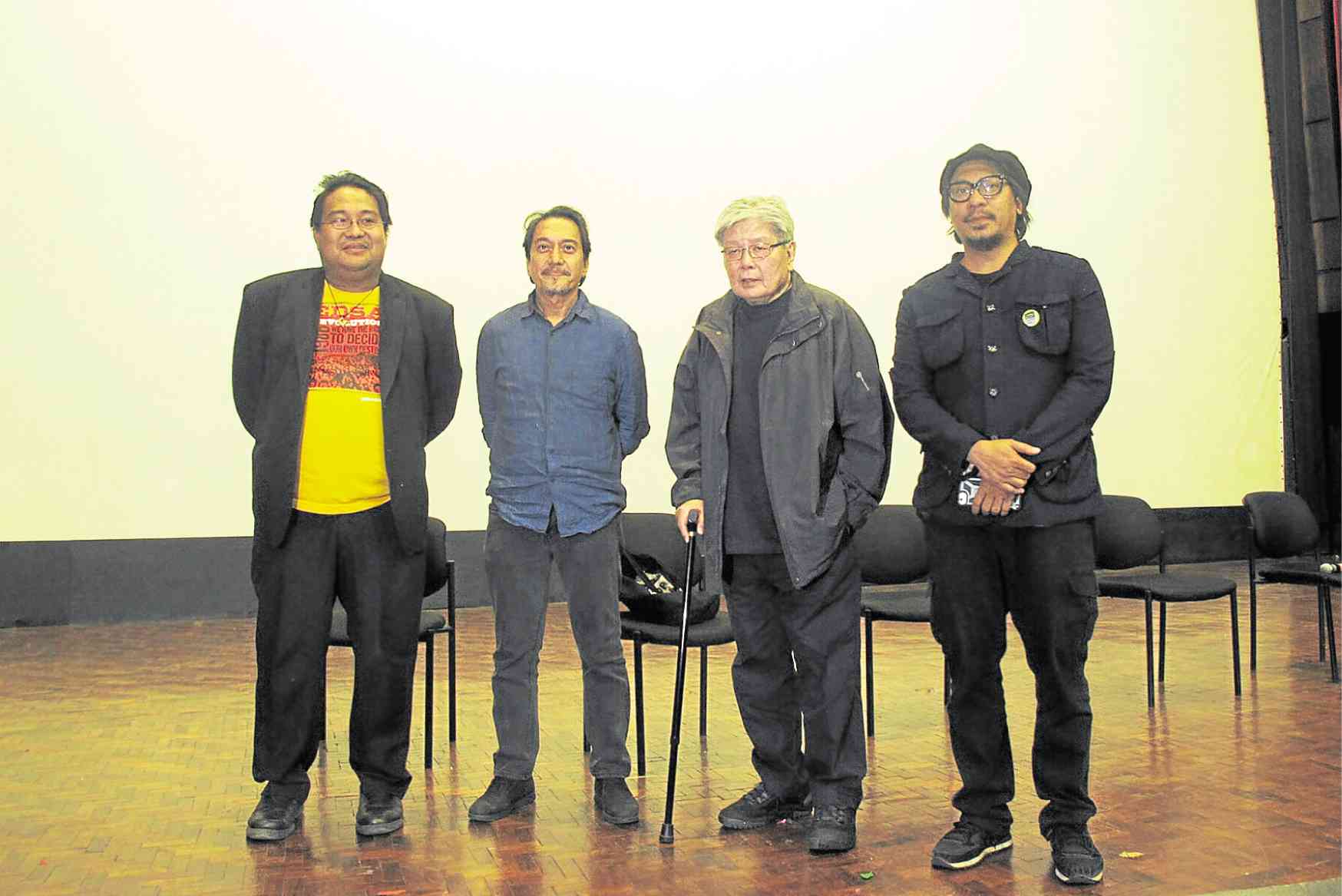 He then explained that “Citizen Jake” was “really intended to be a form of meta cinema. Atom Araullo (lead actor) was cast because he is a real broadcast journalist, who would play a journalist in the film,” he explained.

“The distinction between fact and fiction in many instances in the film is blurred. That is the reason there are a lot of documentary footage. In other words, documentary shots in Baguio City are intercut with images of pony boy Jonie (Adrian Alandy),” he explained. “Another characteristic of the meta cinema is breaking the fourth wall—talking directly to the audience. That’s another feature of the film.”

“Citizen Jake” tells the story of Jake Herrera (Araullo), a journalist and estranged son of a powerful Philippine senator (Teroy Guzman) whose profession and principle clash with his family’s political interests.

De Leon was also asked why Araullo was not billed as prominently as the others. He explained: “Even if Atom has the lead role, the convention in movies is to give the top billing to the biggest star, who happens to be Cherie Gil. Atom’s name is last but separate.”