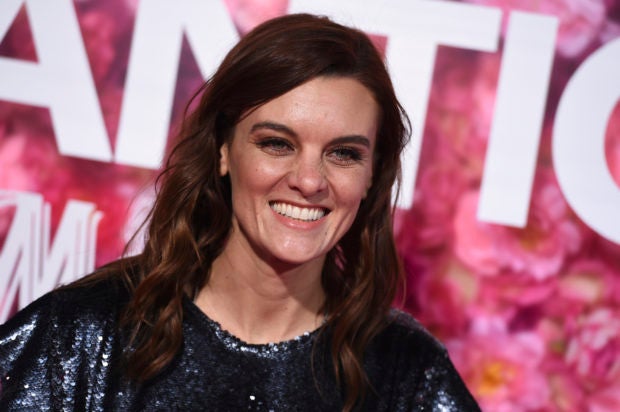 In this Monday, Feb. 11, 2019, file photo, Frankie Shaw arrives at a premiere in Los Angeles. In an announcement Friday, March 8, 2019, Showtime said the comedy series “SMILF” has been canceled. The announcement comes after a Hollywood Reporter story in December that detailed allegations of abusive on-set behavior and violation of industry rules by the show’s creator and star Shaw. Shaw denied the allegations, saying she sought a safe and healthy set environment. Image: Invision/Jordan Strauss via AP

Showtime has canceled the comedy series “SMILF” after two seasons, and ABC studios, which produces the show, has suspended a development deal with its creator, star and executive producer Frankie Shaw.

The dual announcements Friday came after a December story in The Hollywood Reporter that detailed allegations of abusive on-set behavior and violations of industry rules by Shaw, who also directs some episodes of the show. Shaw denied the allegations, saying she worked to create a safe environment and it pained her to learn that any cast and crew were uncomfortable on her set.

Neither Showtime nor ABC gave a reason for their decisions.

“After weighing a variety of factors, Showtime has decided that ‘SMILF’ will not move forward for a third season,” the cable channel’s statement said. “We remain extremely proud of the two seasons of ‘SMILF’, and thank Frankie Shaw for her singular voice and unique creation.”

Showtime will continue to air the second season through its March 31 finale.

Last summer, Shaw signed a two-year development deal with ABC Studios, which has been investigating the reports of on-set problems.

In a brief statement, the studio said, “Frankie Shaw’s overall deal with ABC Studios has been suspended without pay while we review our options.”

In her own statement, Shaw said, “I can’t express how much I’ve loved making this show, how much I love the cast and crew and appreciate Showtime and ABC as creative partners.”

“SMILF”, which features Shaw as a down-on-her-luck single mom in Boston with a cast that includes Rosie O’Donnell and Connie Britton, was built on a short film Shaw showed at the 2015 Sundance Film Festival.

It premiered in 2017 to critical acclaim and got two Golden Globe nominations.

But allegations from cast and crew emerged in The Hollywood Reporter story, all denied by Shaw, including the mishandling of sex scenes that breached actors’ contracts and separating writers by race. CC