Juan Karlos Labajo spoke up about an instance when he cursed at an audience member multiple times at a show last Friday, March 1 in Makati. 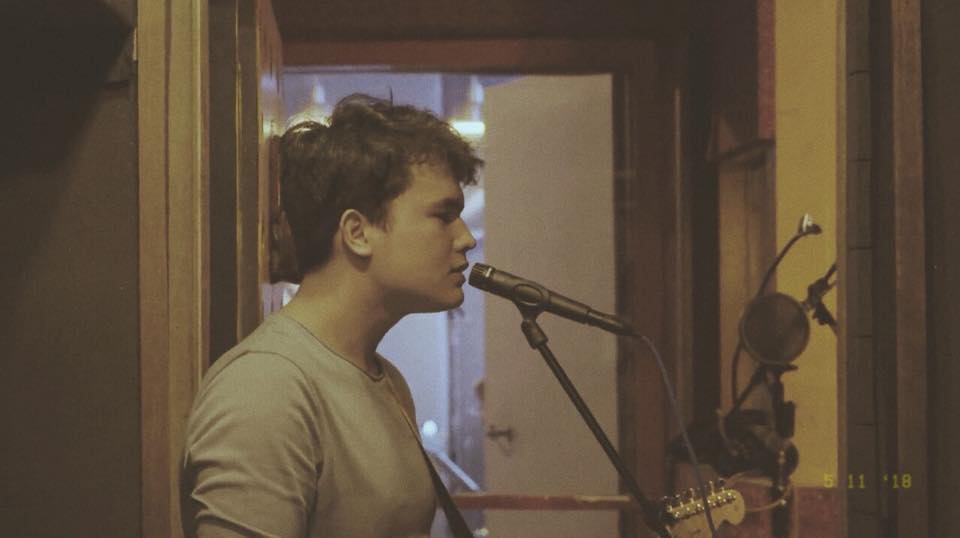 Labajo performed “Buwan” and other rock songs along with his band at the Rakrakan Festival 2019: 2 Days of Peace, Love & Music held at Circuit Makati.

While he introduced his band Juan Karlos, someone from the audience yelled: “I love you Darren!”

“Ako nga pala si JK. Ito nga pala si p*tang ina mo (I’m JK and here is a f*ck you),” he told the fan while he flashed his middle finger.

(You’re the f*cker who keeps on shouting.)

Last October, Labajo and Espanto feuded on Twitter after the former allegedly referred to Espanto as “gayness at its finest.” Labajo denied that he was behind the supposedly-deleted tweet. Both were contestants in “The Voice Kids” season 1.

Labajo took to his Instagram Stories today to address the reactions to the cursing incident. 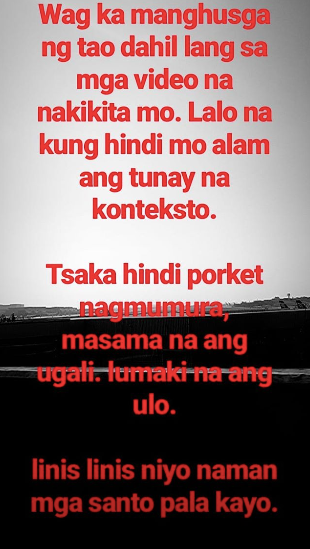 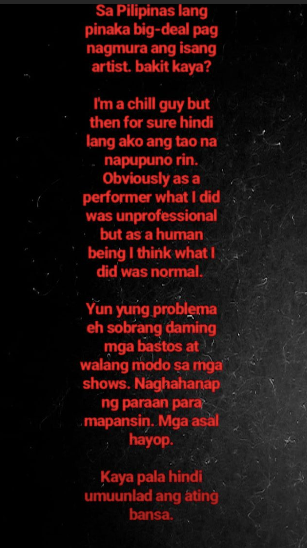 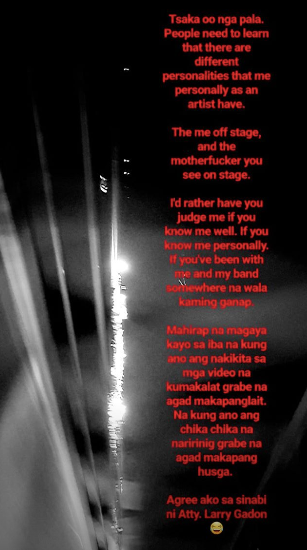 He advised people not to judge from what they see from a video which does not show the true context.

(Just because someone curses does not mean they have a bad personality or that they’re arrogant.)

“Sa Pilipinas lang pinaka big deal pag nagmura ang isang artista,” he wrote. (It’s only in the Philippines that cursing by an artist is such a big deal.)

“Yun yung problema eh sobrang daming mga bastos at walang modo sa mga shows.” (That’s the problem; there are so many who are disrespectful and rude during shows.)

He also said he takes on a different personality when he is onstage and that he would rather be judged “if you know me well.” JB