The feud between “The Voice Kids” alumni Darren Espanto and JK Labajo has unleashed more than just the two singers’ testy relationship.

It all began when Labajo allegedly called Espanto “gayness at its finest.” Espanto was angered and told him he would out the true gay.

The “Poison” singer has since said that he didn’t mean to use “bakla” (gay) in a derogatory manner.

However, the damage has been done, as some criticized both parties for using homosexuality as an insult, stating that no one won the feud because of their choice of words. 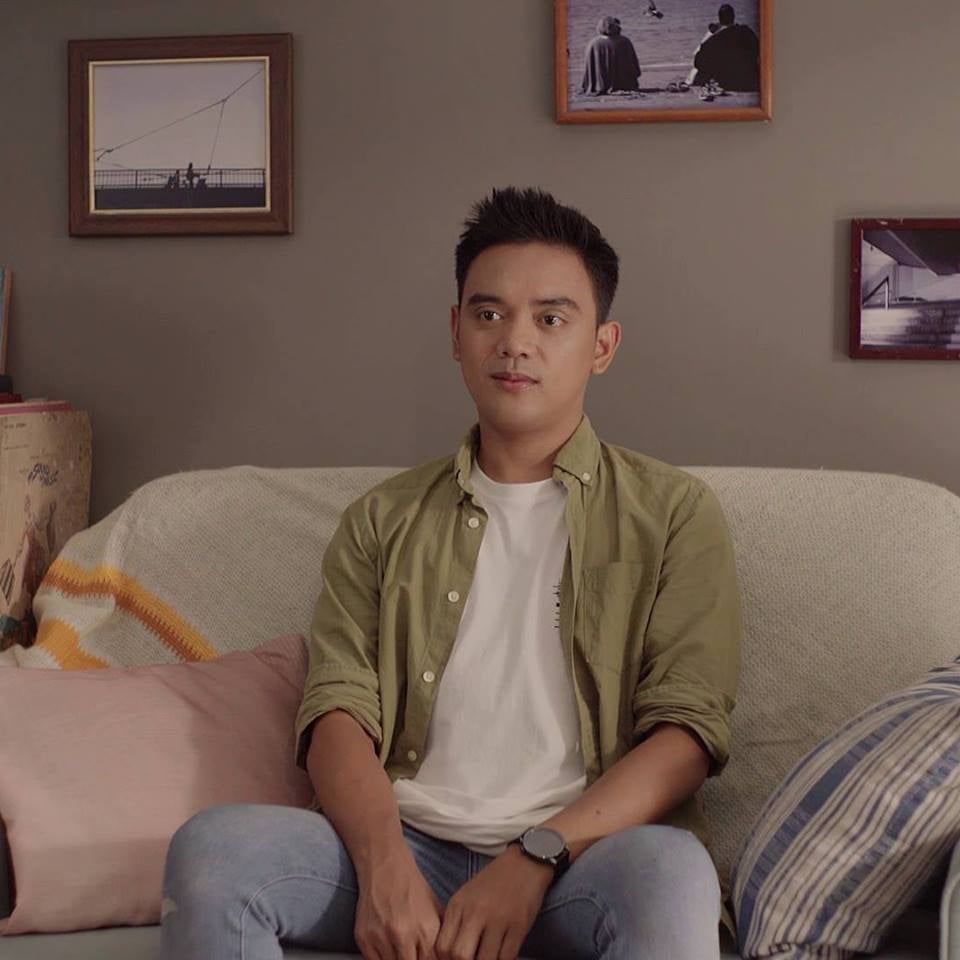 Actor and spoken word poet Juan Miguel Severo, who identifies as gay, weighed in on the issue in a series of tweets yesterday, Oct. 22, sharing his own experience with the word “gay.” Both he and Espanto were in this year’s hit movie “The Hows of Us.” 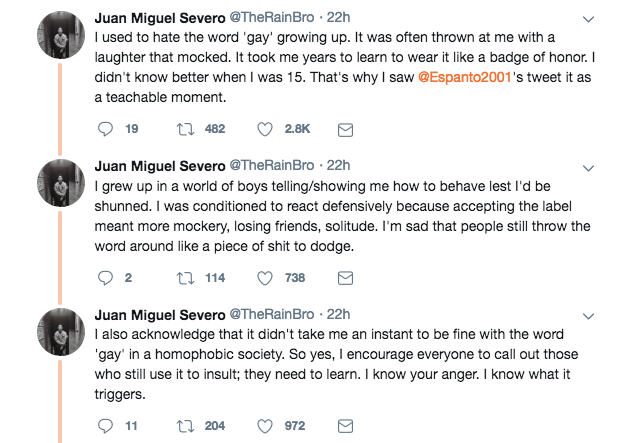 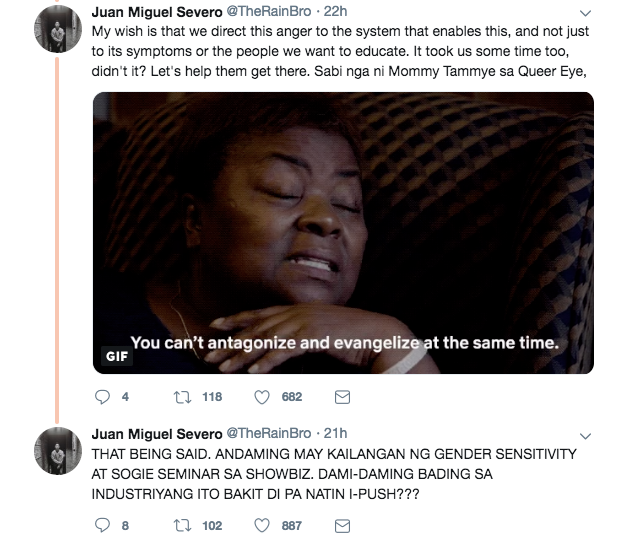 “I used to hate the word ‘gay’ growing up. It was often thrown at me with a laughter that mocked,” he said. “It took me years to learn to wear it like a badge of honor. I didn’t know better when I was 15. That’s why I saw @Espanto2001‘s tweet it as a teachable moment.”

“I was conditioned to react defensively because accepting the label meant more mockery, losing friends, solitude,” he recounted. “I’m sad that people still throw the word around like a piece of sh*t to dodge.”

He said that because of the homophobic society he has grown up in, it took time for him to come to terms with the word.

“I encourage everyone to call out those who still use it to insult; they need to learn,” he said. “I know your anger. I know what it triggers.” He added that anger should be at the system, rather than individual persons who need to be taught.

He also expressed disappointment at the showbiz industry for its lack of gender sensitivity.

(A lot of people need to have a gender sensitivity and SOGIE seminar in showbiz. There are many gays in this industry; why don’t we push for it?)

Using “gay” or other words associated with the LGBTQ+ community as slurs is a form of bullying and make people who identify as gay or queer appear undesirable.

The social stigma makes self-acceptance more difficult for queer adolescents. According to a report this October in JAMA Pediatrics, LGBTQ+ youth are thrice as likely to attempt suicide than their heterosexual peers. JB