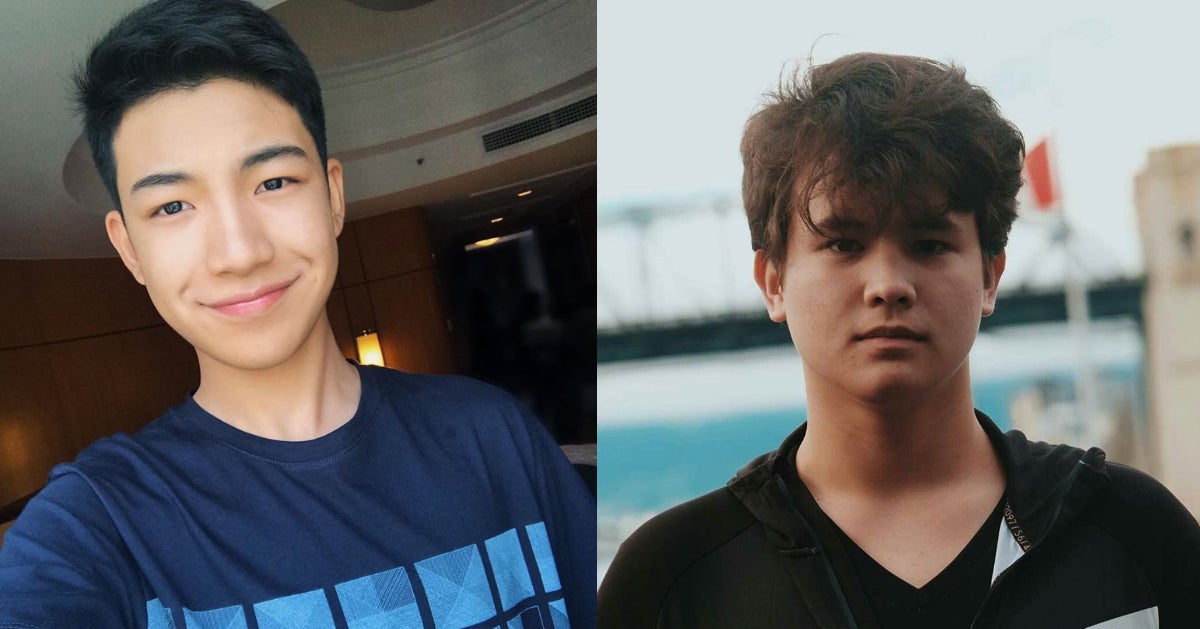 It appears that Darren Espanto has not had enough of fellow “The Voice Kids” alumnus JK Labajo, and even threatened to sue him.

This comes after Espanto called out Labajo for a deleted tweet last Friday, Oct. 19, which said “@Espanto2001 gayness at its finest.” Labajo then explained his side saying he tried to reach out to Espanto privately.

Espanto took to Twitter again today, Oct. 23, to first apologize for using the word “bakla” (gay) in a derogatory manner.

He also addressed to the netizens who say he has fragile masculinity: “I’ve been bashed with this since I was in The Voice Kids (I was 12) pero wala kayong narinig. I’m 17 now, kakapagod na rin.” 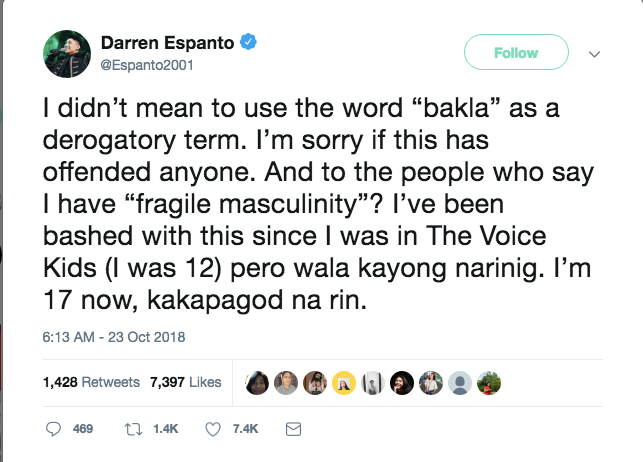 (Since you posted our chat here  (which you’ve deleted), at first you claimed it was a hacker, now it’s been edited? But it appeared on your account?)

He added, “And even if I wasn’t the one you were talking about in PBB, hindi parin tama ang magsalita ng masama tungkol sa iba (It’s not right to say ill things of others).” 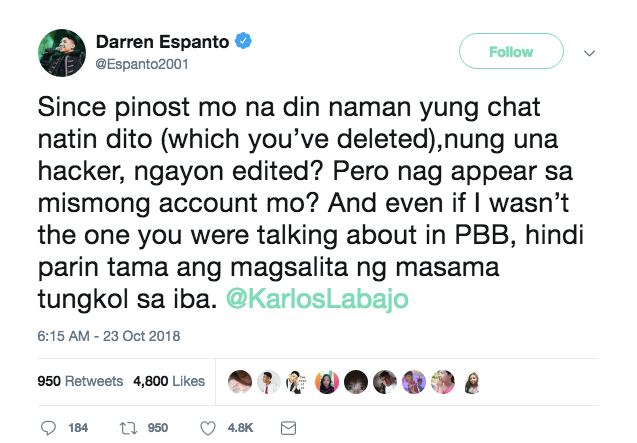 (I will not compete with you when it comes to being il-mannered because I know you are as ill-mannered as you said. Do not also tell me that you treated me like a brother during “The Voice” because that is hypocritical of you to say that.) 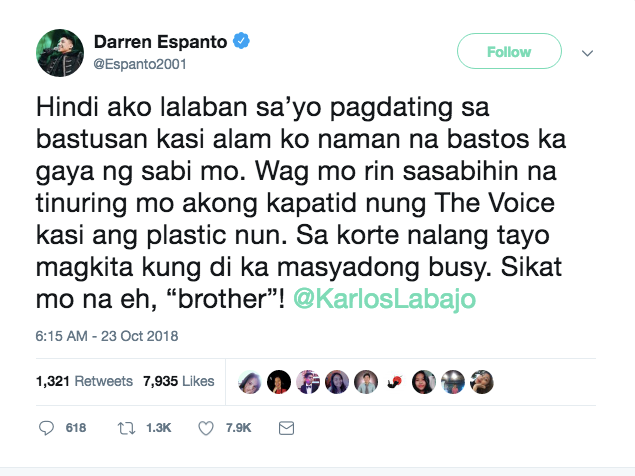 Labajo has not answered Espanto’s latest tweets, as of this writing.  /ra

WATCH: UMD dance to ‘Dying Inside’ with Darren Espanto in flash mob