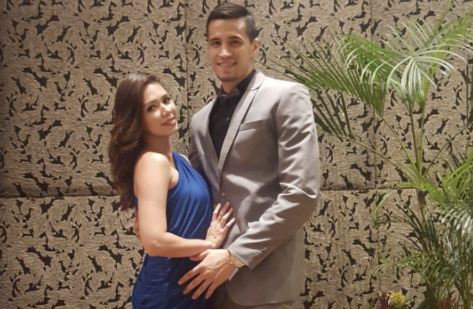 Love is still sweet for Danica Sotto and Marc Pingris as they marked their 12th wedding anniversary last Sunday, March 3.

The two exchanged messages of love through their respective Instagram accounts. In Sotto’s post, she revealed that last year was a “roller coaster ride” for them, although she did not go into detail about it.

Despite this, the actress was thankful to God for making them stronger to face the challenges they went through. “He never left our side,” Sotto said. “I’m beyond grateful because he gave us another year and he continues to bless our marriage.”

Although she acknowledged that they are not “perfect,” Sotto expressed that she loves her husband now, more dearly than ever.

Pingris also had a sweet message for his wife and posted some photos of their travels.

The Philippine Basketball Association (PBA) cager also thanked his wife for being patient with him, as well as for giving him her love.

“I vowed to love you and take care of you at yun ang gagawin ko hanggang sa dulo ng mundo (and that is what I will do until the end of the world),” he promised her.

The couple was flooded with greetings from fans and friends, including celebrities such as Alessandra de Rossi, Jackie Forster and Sotto’s mother, Dina Bonnevie.

Sotto and Pingris began dating in 2005, and got married in 2007. They have two children, Anielle Micaela and Jean Michael.