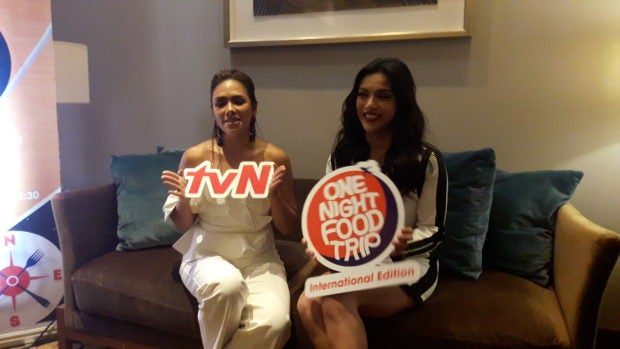 It will be the first time for cousins Ciara Sotto and Danica Sotto-Pingris to participate as a team in an eating variety show, and in the process, they rediscovered the Philippines through its food.

In an interview for the second season of “One Night Food Trip — International Edition” held at the City of Dreams on June 22, Sotto and Pingris revealed that they had newfound love for the Philippines while filming at Coron, Palawan and Legazpi City, Albay.

Sotto and Pingris said they did not feel like working at all while filming because they had fun being with each other. The cousins disclosed that it was both their first time going to Coron, and while they should be worrying about finishing the huge amount of food served and accomplishing their missions, they instead had a blast going to places they did not know existed in the Philippines.

For the show, they tried out different types of food from, what can be considered exotic to budget-friendly. They realized that the locals from the provinces they visited have different styles of cooking native food compared with the cooking styles Metro Manila dwellers are known for.

Pingris, who also happens to be a celebrity chef, admitted that there was one unnamed Bicolano dish she was embarrassed not to know about, especially since her mother, Dina Bonnevie, is a Bicolana. She also disclosed that they were amazed by the Bicolano chef they met on the show, who was very passionate about using local ingredients.

The duo had not been afraid of the kind of food that will be served, rather, they feared the amount of food they had to consume. Pingris joked that she gained weight, only it was hidden in the peplum design of her white jumpsuit.

Pingris noted that the eating variety show was shot in a way that it would showcase the beauty of the Philippines to whoever will watch. The duo agreed that Coron was the best place they had gone to in the show, although seeing Mt. Mayon sent them awestruck as well.

But Sotto and Pingris did not only eat, they also had to accomplish difficult tasks which forced them to face some of their biggest fears. Unlike their competitors, K-pop stars Nichkhun and Alexander Lee, the duo had the most difficult missions. Pingris said that the hardest challenge they had to do was to take a selfie with a “special background” while riding a bicycle zip line. 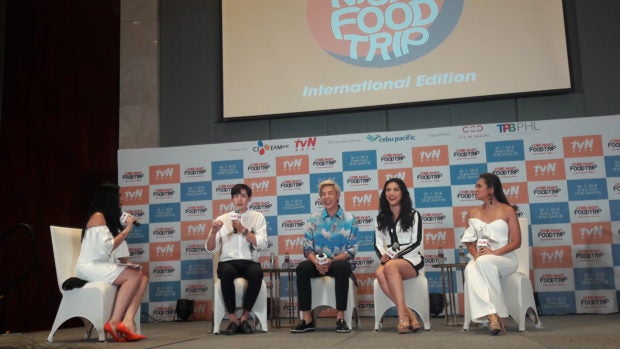 So, can the cousins beat the Korean stars? It’s yet to be known, but Pingris and Sotto cited their advantages over their competitors. They noted that their being Filipino helped them a lot, since they know most of the dishes they have to eat; and being cousins is an advantage because they’ve known each other since childhood. Eating became easier too as they would exchange foods they don’t like — spicy food for Pingris and pork for Sotto.

The four-episode Philippine segment of the eating variety show is scheduled to air on July 30 at 6:30 p.m. Philippine time. JB