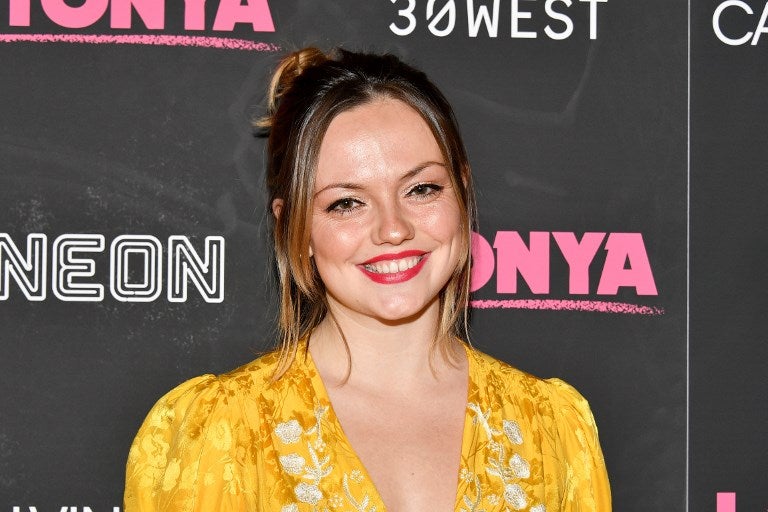 In this file photo taken on November 28, 2017, Emily Meade attends the ‘I, Tonya’ New York Premiere at Village East Cinema in New York City. Aged 29, the idea of shooting a sex scene was nothing new to actress Emily Meade. But before filming began last year on HBO’s “The Deuce,” she decided she wanted things done differently. So, she approached the show’s creators and requested the presence of an external observer. That led HBO to hire Alicia Rodis — television’s first “intimacy coordinator.” AFP

NEW YORK — Aged 29, the idea of shooting a sex scene was nothing new to actress Emily Meade.

But before filming began last year on HBO’s “The Deuce,” she decided she wanted things done differently.

So, she approached the show’s creators and requested the presence of an external observer. That led HBO to hire Alicia Rodis — television’s first “intimacy coordinator.”

Spurred to action by the #MeToo movement against sexual harassment and assault, more and more studios and television channels are following suit.

It isn’t a completely new idea: such coordinators have been used in theaters since at least the early 2000s.

And after the experiment on “The Deuce” was a success, HBO decided at the end of October to hire one for all series featuring sex scenes to ensure that cast members don’t exploited during filming.

“Now that there is a very tangible solution available, maybe it’s a little easier to face the problem,” says Claire Warden, coordinator at Intimacy Directors International, the first specialized agency of its kind.

On set, the coordinator — who is usually a woman — starts by listening. She learns the actors’ and actresses’ boundaries, says Amanda Blumenthal, intimacy coordinator on HBO’s “Euphoria,” set for release this year.

“If an actor told me I don’t want my breast to be showing I make sure that the way it’s choreographed, it doesn’t happen,” she explained.

“When you’re working with men, we’ve done scenes where an actor will be wearing a prosthetic penis that’ll be shown on screen. So I’ve been working with actors on designing the prosthetic,” she added.

Another aspect of the job is to have discussions with the director and the “showrunner” — who holds overall creative and managerial authority — to get their visions for a scene.

Then, the coordinator will relay that to actor, going backward and forward between the two parties until everybody is comfortable.

“One of the most important roles that we have is communication in that a lot of the damage that has been done just comes from people not wanting to talk about these things,” said Warden, who believes being open about the issues actually improves results on the screen.

Warden adds that coordinators’ presence on set is usually welcome.

“The resistance that we get often comes from people who don’t quite understand why I’m there and think that I’m there to censor people or to take over the director’s role or stop them for telling the story that they want to tell,” she said.

However, she added, “we have a very specific expertise and craft and we’re there to support the director.”

“I’m always thinking about how to make sure that we’re honoring the actor’s wishes and boundaries and still getting the shot and telling the story,” said Blumenthal, adding that through choreographing, she helps make sure that a sex scene is “believable and looks real.”

Those leading the field bring a unique mix of expertise in both the arts and psychology.

And more jobs are coming up, albeit slowly. Behind HBO, other producers such as Showtime and Netflix have also hired coordinators — the latter for its teen drama series “Sex Education.”

“It takes time for the people in a position of power to learn about it and then also to understand why it’s important,” Warden said.

As for Blumenthal, she believes it will be another five or 10 years before it becomes the norm.

One day, Warden would like to go even further, and collaborate with writers to improve how they portray intimacy in their work in the first place.

She believes the stakes go well beyond just film and TV sets.

“The knowledge and the collaboration of how we can portray intimacy … really will open up the world’s perception of that because TV is hugely influential on societies, the way society subconsciously views what’s right and what’s not,” she said.