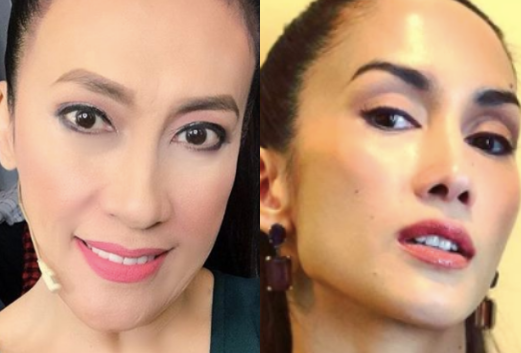 Delas Alas won the award for her role in “School Service”, a recognition that saw her win the same honor in the Cinemalaya Philippine Independent Film Festival awards show last August 2018. Raymundo, on the other hand, won for her role in “Kuya Wes”, which was a finalist in last year’s Cinemalaya awards.

Delas Alas took to Instagram on March 3 where she marked the latest milestone in her career with a hearty thanks to the divine.

(Thank you to Mother Mary and to our Father, Lord thank you so much for these wonderful blessings this 2019.)

“And thank you very much Fantasporto International Film Festival Award (Portugal) for the best actress award.”

Delas Alas dedicated her award to many notable figures, such as her “School Service” co-actors, her favorite director Louie Ignacio, and producers Ferdie Lapuz, Dennis Evangelista and Baby Go.

She also did not forget to mention her children, sons Sancho, Sean Nicolo and Seth Andrei, daughter Sophia, and pet dog Sailor. She, too, congratulated Raymundo for tying with her for Best Actress.

Raymundo, meanwhile, reposted the Instagram post of co-star Ogie Alcasid on her own account on March 3, saying winning Best Actress was something she did not expect.

“Thank you @ogiealcasid (Ogie Alcasid). Congrats to all the Filipino winners,” Raymundo wrote. “I didn’t expect this at all. Thank you Lord. Also, please watch ‘Kuya Wes’ showing in cinemas on March 13th.”

Alcasid, who flew to Portugal recently for the film festival, was all praises for his co-star, Raymundo, and cousin delas Alas for their triumph.