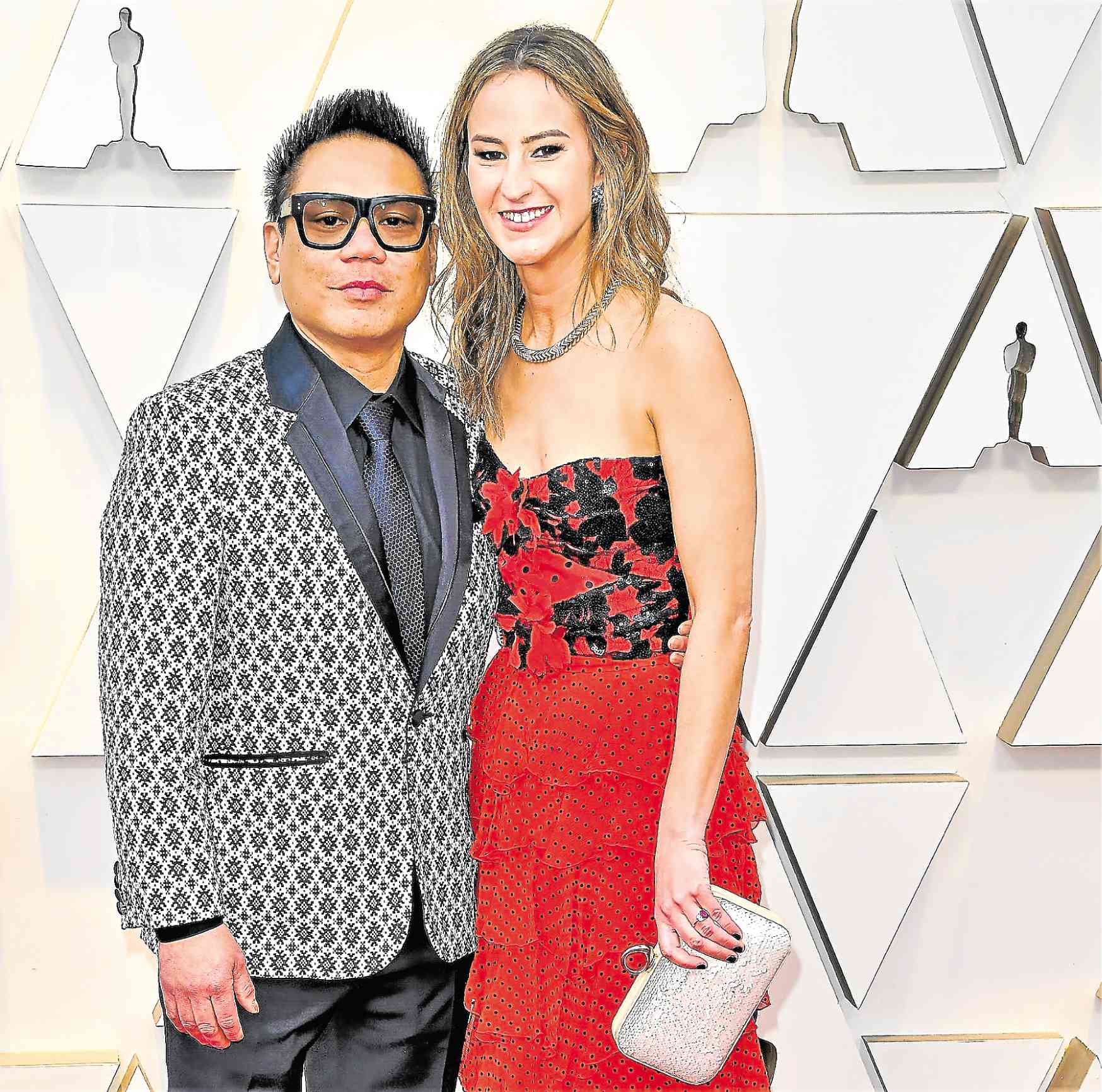 LOS ANGELES—“Academy Award consideration was the furthest thing from my mind at the onset of making ‘A Star Is Born,’” said Matthew Libatique, cinematographer of the acclaimed Bradley Cooper-Lady Gaga film and one of three nominees of Filipino heritage in the 91st Academy Awards.

Matthew, along with Bobby Pontillas and Trevor Jimenez, enjoyed their experience leading up to the Oscars show last Sunday in Hollywood.

“Upon our first meeting, we quickly agreed that for the film to be successful, we had to focus on the love story,” Matthew described his collaboration with Bradley Cooper, who decided to tap the Filipino-American DP for his directorial debut.

The result was a second Oscar best cinematography nod for Matthew who earned his first Academy citation for Darren Aronofsky’s “Black Swan.” 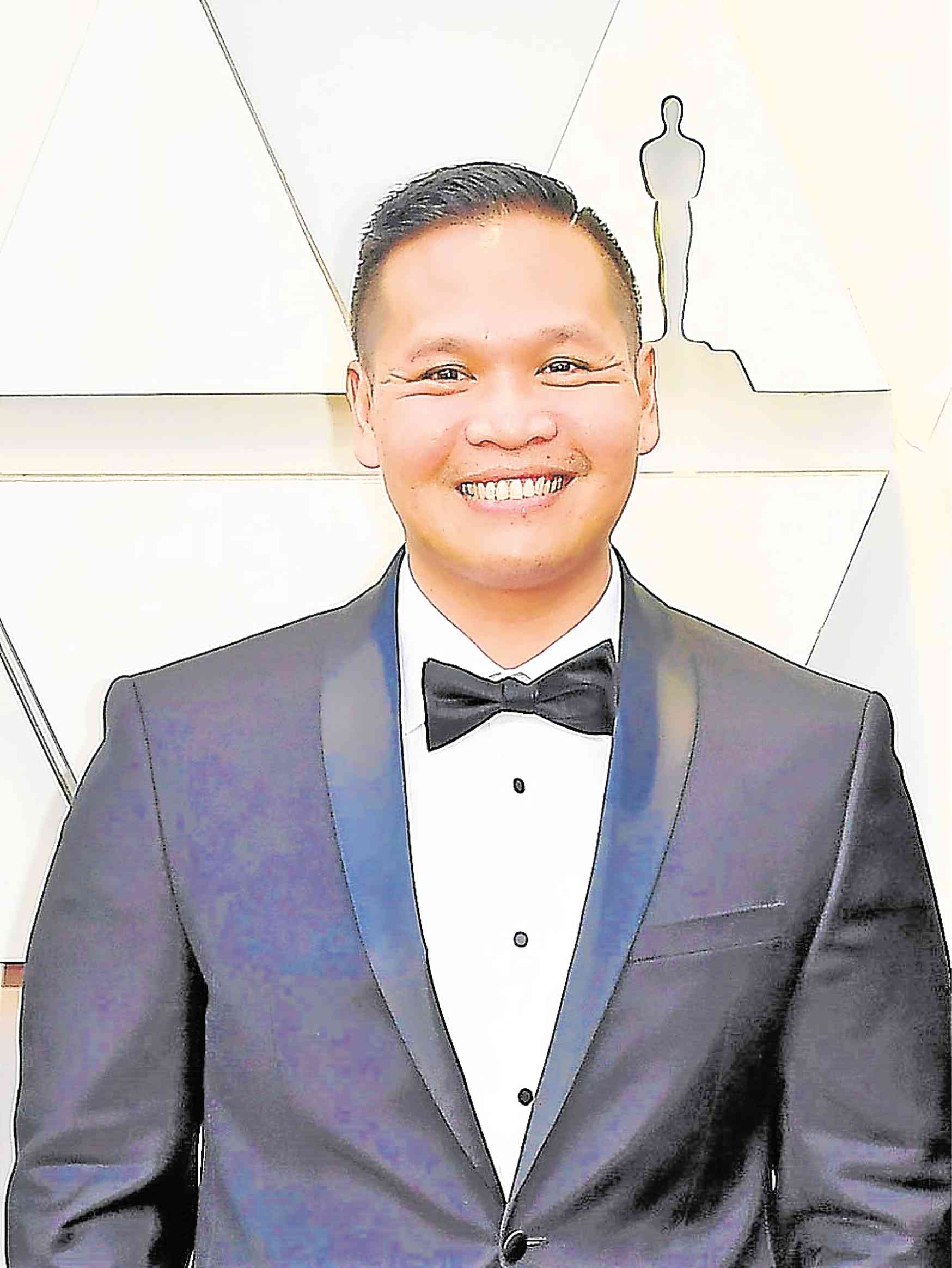 “Obviously, the music was amazing, but it was the focus on the relationship that connected to the audiences and led to the film’s commercial success,” said the Queens, New York native about the box-office performance of “A Star Is Born,” which earned over $420 million worldwide.

“I have to say that I did not expect the nomination,” pointed out Matthew, who proudly wore again a tuxedo by Filipino designer Oliver Tolentino on the Oscars red carpet.

The DP who traces his family origins to Pangasinan and Quezon also wore a Tolentino tux when he attended the Oscars as a first-time nominee in 2011.

“I thought there was a chance, but with the quality of cinematography this year, I certainly see other films that could have garnered this honor,” added the DP whose other credits include “Venom,” the two “Iron Man” movies and the coming “Native Son.” “Having been through this before, I was simply prepared to enjoy this experience with my family.”

The spiky-haired cinematographer, who is also known for his other movies with Darren, is filming “Birds of Prey (And the Fantabulous Emancipation of One Harley Quinn),” starring Margot Robbie.

The film marks the first time that a female Asian filmmaker, Cathy Yan, is directing a superhero movie.

“I enjoyed all the events hosted by the Academy and getting to know the other nominees,” said Trevor, the Filipino-Canadian who earned his first Oscar nomination in the best animated short film category for “Weekends.” “It was overwhelming and exciting.” 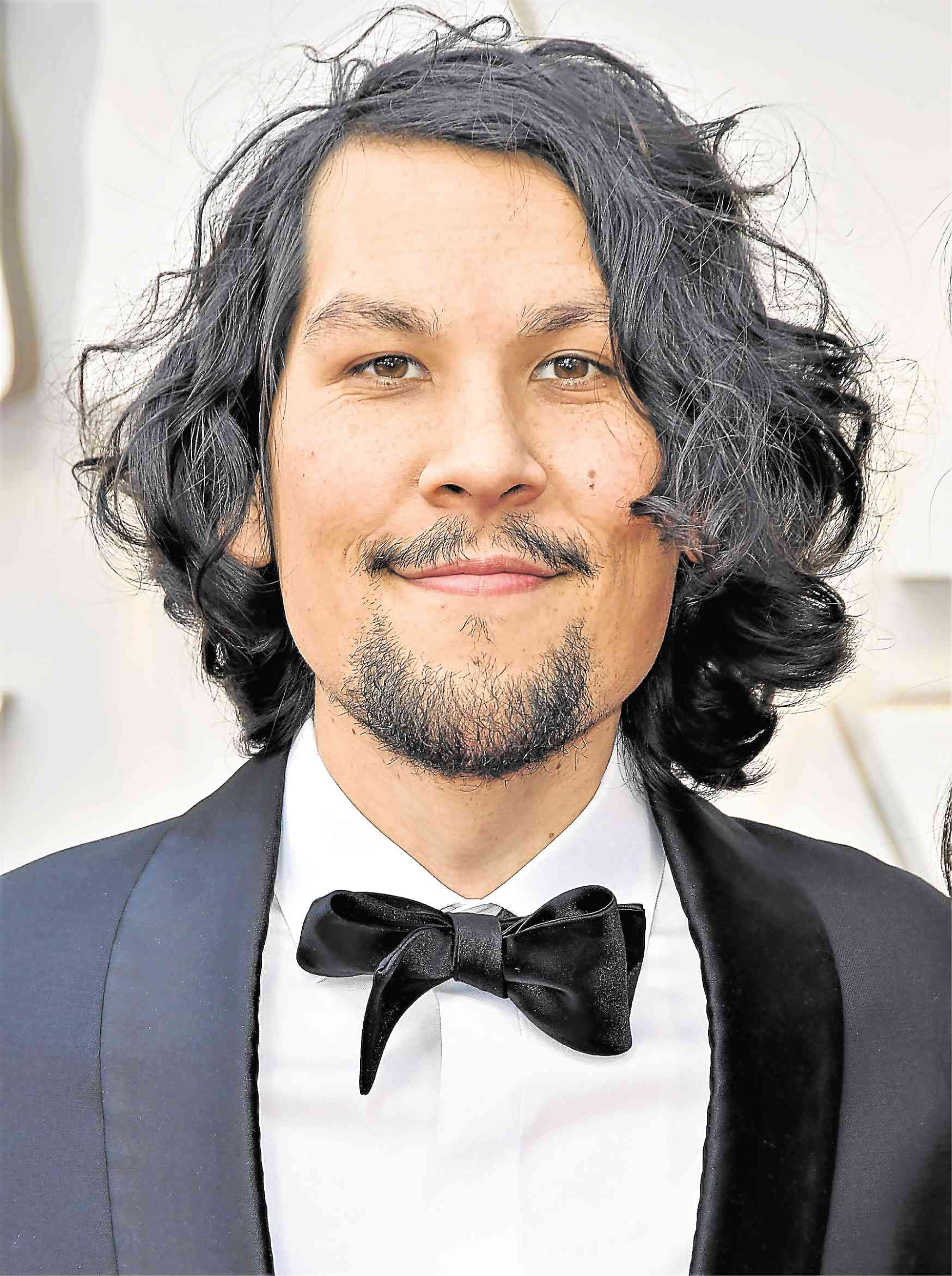 “Weekends” was based on Trevor’s experiences as a kid who stayed with his Pinoy mom on the week in Hamilton, Ontario, Canada, and with his Canadian dad on the weekend in Toronto.

For the long-haired filmmaker whose journey from Ontario’s Sheridan College took him to Disney Feature Animation, Illumination Entertainment, Blue Sky Studios and the Pixar Animation Studios in California, the Feb. 4 Oscar nominees luncheon at The Beverly Hilton in Beverly Hills was a memorable experience.

Trevor remembered “entering the luncheon and seeing so many famous directors and performers mingling in the same space.”

Before the big day itself, Trevor said, “I felt rested! We took the day before the show to relax and recharge after all of the week’s events. I was excited for the ceremony and open to just experiencing the day with my wife and crew.” He wore what he described as “a simple black tux with Toronto Raptors cufflinks.”

“It’s been an honor and a privilege to meet the other filmmakers in our category,” said Bobby, whose “One Small Step” snagged him and his codirector Andrew Chesworth their first Oscar nomination. They also vied in the best animated short film race.

“One Small Step” narrates the story of a Chinese-American girl raised by her dad and who aspires to become an astronaut.

The short film was a big step in the career of Bobby who was born in Agana, Guam, to Filipino parents and was raised by his mom in Washington State.

The Art Institute of Seattle alumnus moved to Connecticut, where he worked for Blue Sky Studios for two years until he settled in Los Angeles.

For Bobby, whose family roots are from Camarines Sur, the highlight of the nominees luncheon was “being a part of the class photo and getting to enjoy this moment with all of the other nominees. All of us were on cloud nine and the energy in the room was so exciting!”

Recapping his Oscars experience, Bobby, who cofounded Taiko Studios, said: “The nerves were starting to settle in, but I was just trying to enjoy every moment. There was a party or event every day leading up to the ceremony, and it’s been surreal to be a part of it!”