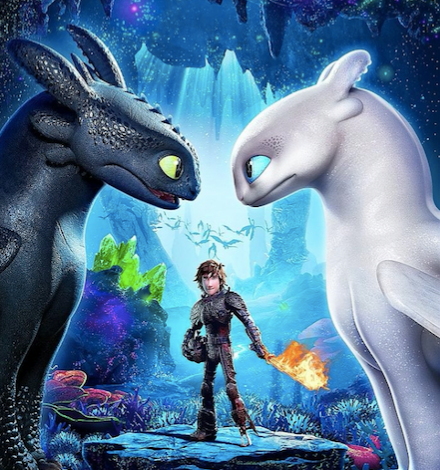 The new movie, voiced by Jay Baruchel, America Ferrera, Cate Blanchett and F. Murray Abraham, tells the story of young Hiccup and his dragon Toothless as a surging dragon population forces them to seek a “Hidden World” supposed to be a utopia for the wing. Image: DreamWorks Animation via AFP

There must be a lot more dragons out there still in need of training: Universal’s new film “How to Train Your Dragon: The Hidden World” soared on this Oscar weekend to No.1 in North America, taking in $55.5 million.

That three-day estimate from industry tracker Exhibitor Relations put the animated film ahead of the two earlier instalments in the “Train Your Dragon” trilogy — neither of which hit the $50 million mark — making it the top domestic opener of the year so far, according to Variety.com.

The new movie, voiced by Jay Baruchel, America Ferrera, Cate Blanchett and F. Murray Abraham, tells the story of young Hiccup and his dragon Toothless as a surging dragon population forces them to seek a “Hidden World” supposed to be a utopia for the winged creatures.

Last weekend’s box-office leader, Fox’s “Alita: Battle Angel”, clung to the second spot but only after dropping sharply to take in just $12 million. The sci-fi fantasy stars Rosa Salazar as a nearly human cyborg who has lost her memory.

In third was “The Lego Movie 2: The Second Part” from Warner Bros., which took in $10 million. The animated story of love and chaos in an apocalyptic toyland features the voices of Chris Pratt, Elizabeth Banks and Will Arnett.

MGM’s “Fighting With My Family” placed fourth at $8 million. The semi-serious wrestling comedy stars Florence Pugh as a young woman struggling, along with her family, to make it big in the pro-wrestling world. Dwayne Johnson as The Rock encourages her on her quest.

Fifth place went to “Isn’t It Romantic” from Warner Bros., which did $7.5 million in business. It stars Rebel Wilson as a rom-com hating New Yorker who, after suffering a blow to the head, finds herself living in her own romantic comedy.

‘The Hidden World’ concludes ‘How to Train Your Dragon’ trilogy