2019 Oscar nominations: All the fun facts 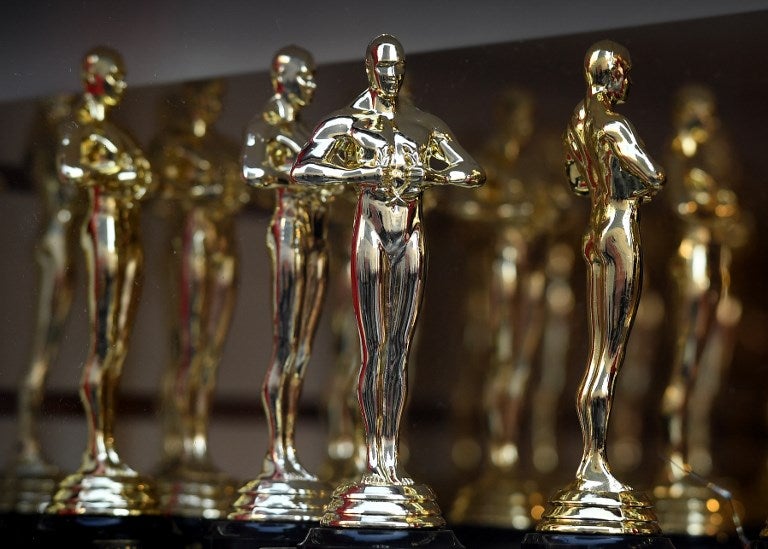 Replicas of the Oscars statues at a tourist store near the red carpet area for this year’s Oscars Awards ceremony in Hollywood, California on Feb. 23, 2019. The Academy Awards annual ceremony will take place on Feb. 24 2019. Image: Mark Ralston/AFP

Hollywood insiders and movie fans are eagerly waiting to hear the names of the Oscar winners on Sunday night.

But the statistical quirks that Tinseltown’s biggest night of the year throws up can be as intriguing as tracking which movies get the most golden statuettes.

Here are some fun facts and figures about this year’s list of nominees, and a bit of Oscars trivia:

Alfonso Cuaron’s “Roma,” a black-and-white cinematic ode to his childhood in 1970s Mexico City — and the mother and nanny who raised him — earned a whopping 10 nominations to lead the contenders.

But the Mexican filmmaker himself scored an impressive feat — four of those nominations are his personally: for Best Picture as a producer, Best Director, Best Original Screenplay and Best Cinematography.

He joins illustrious company with his achievement: Warren Beatty did the same, scoring four nominations in four different categories — twice — for “Heaven Can Wait” and “Reds.”

Joel and Ethan Coen did it for “No Country for Old Men.”

For many moviegoers, the Oscars have become somewhat elitist, often rewarding art-house fare that not many have seen. But those fans cannot complain this year.

Marvel superhero blockbuster “Black Panther” — the highest-grossing film of 2018 in North America at more than $700 million (around P36.4 billion) — scored seven nominations including one for best picture, becoming the first movie based on a comic book to earn the honor.

Other mainstream box office hits nominated for best picture include musical romance drama “A Star Is Born” ($210 million or almost P11 billion in North America) and “Bohemian Rhapsody” ($213 million  or around P11 billion).

The Oscar statuette is solid bronze and plated in 24-karat gold. It stands 13.5 inches (34 centimeters) tall and weighs 8.5 pounds (3.8 kilograms).

It takes three months for Polich Tallix Fine Art Foundry in New York to manufacture a batch of 50 statuettes. More than 3,140 statuettes have been handed out since 1929.

The trophy represents a knight holding a crusader’s sword standing on a reel of film with five spokes that refer to the five original branches of the Academy — actors, directors, producers, technicians and writers.

The movie industry figure with the most Oscars is Walt Disney, who won 22, plus four honorary statuettes.

Katharine Hepburn won the most Oscars for a performer, with four. Daniel Day-Lewis is the only person to have three best actor Oscars.

Industry watchers were shocked that Bradley Cooper was snubbed in the best director category for “A Star Is Born” — but earned three nominations for Best Actor, Best Adapted Screenplay and Best Picture (as a producer).

They were thrilled to see Spike Lee earn his first directing nomination for “BlacKkKlansman” and first for best picture. The US filmmaker earned a lifetime achievement award at the 2016 Oscars.

But many expected “Won’t You Be My Neighbor?” — a critically acclaimed documentary about U.S. children’s show host Mister Roger — to make the cut. It did not.

A happy surprise was a Best Actress nomination for breakout “Roma” star Yalitza Aparicio in her debut performance. MKH