LOOK: Stars and stand-ins rehearse for the Oscars big show 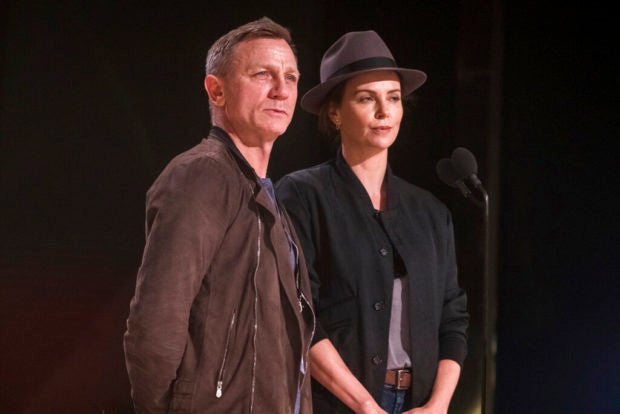 LOS ANGELES — It is decidedly casual inside the Dolby Theatre the day before the Oscars.

Most people, celebrities included, are wearing jeans and sneakers, and in Brie Larson’s case, a backpack, to practice presenting awards Saturday. Walking out with Javier Bardem, Angela Bassett looked comfortable in a matching blue Adidas tracksuit and baseball hat to top it off. But look down at her feet and you might be a little surprised to see glittery silver high heels.

Yes, the atmosphere is relaxed, but for the female presenters, show-day footwear — or at least something that’s a similar height — is recommended to get the camera shot locked in. And perhaps it’s not a bad thing to get in a little practice striding across that long stage to the microphone before millions of people are watching Sunday night.

Stars turned out throughout Saturday to run through their categories to get a feel of what it will be like on show day.

There’s music, lights, nominee reels, an announcer and even an envelope with a winner, and a stand-in assigned to be said winner who walks up to the stage, from where that star will actually be sitting, and gives a full acceptance speech.

“Crazy Rich Asians” star Constance Wu seemed nervous to read off of the card inside the envelope. 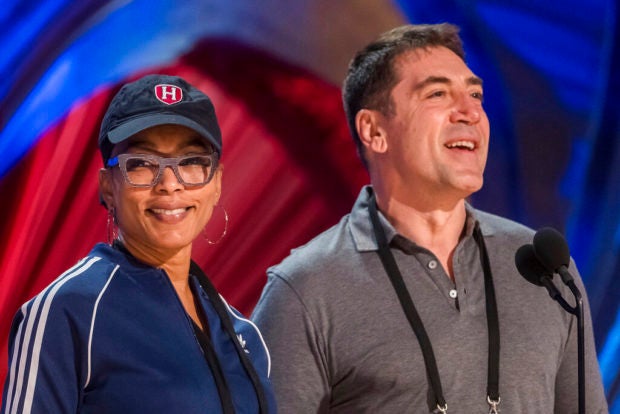 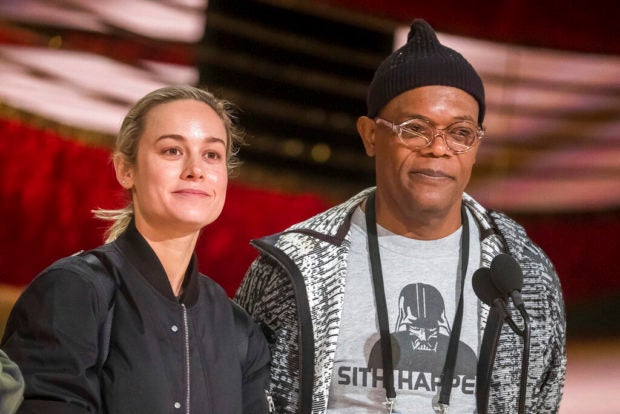 A voice of god responded: “For this rehearsal only.”

And as if to make certain that she wasn’t accidentally announcing the winner of her category, Wu said “for this rehearsal only, the Oscar goes to …”

Most celebrity presenters are in and out in one take — Daniel Craig and Charlize Theron, Larson and her “Captain Marvel” co-star Samuel L. Jackson and Bassett and Bardem among them. But some want a second-go, like Dana Carvey, Mike Meyers and Serena Williams, all of whom are introducing various best picture contenders.

Williams had a special guest with her on Saturday too: her daughter, Alexis Olympia, who held her mother’s hand to waddle across the grand stage. For the actual rehearsal, the exceedingly well-behaved 1-year-old was held in the wings while Williams read her lines from the teleprompter.

And some had more fun with it than others, like Awkwafina (also in Adidas track pants) and John Mulaney.
“Um, we’re going to go,” Mulaney said after his second run-through and Awkwafina waved to a friendly face in the crowd.

James McAvoy was particularly animated, gesturing wildly and even teasing the winners walking up to the stage by putting the two Oscars up to his chest and saying, “Come and get it boys.” Others had feedback. Pharrell Williams said he wished they’d go back to the white envelopes instead of the red ones.

Elsewhere in the theater, Keegan Michael-Key could be spotted getting rigged up for a stunt.

Even competing for attention with some of the biggest stars in showbiz, the stand-ins were sometimes the highlight of rehearsals, giving surprisingly wonderful (and well-researched) acceptance speeches for everything from best actor to best sound mixing. 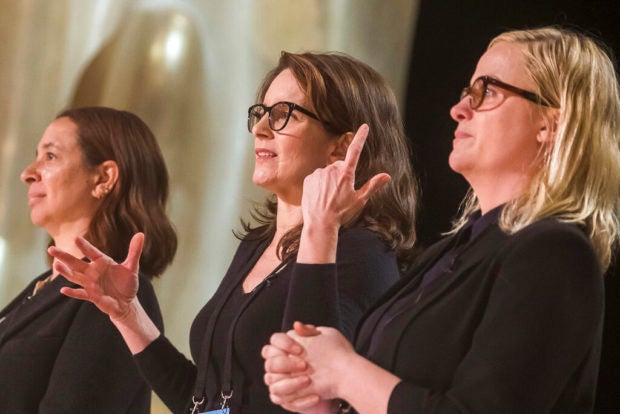 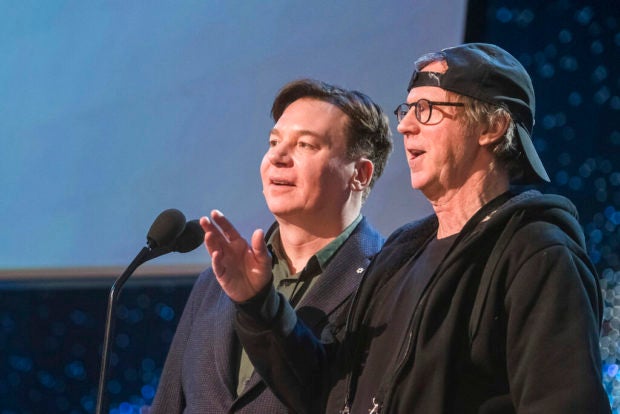 One woman was especially excited to accept a certain award from the “dream team” of Tina Fey, Amy Poehler and Maya Rudolph, who had the busy production staff in stitches running through their bit. They all bowed to her as she came up to accept the plastic Oscar statuette.

Another man played Barry Jenkins and Chadwick Boseman at different points during the afternoon. But the stand-ins can be a tough crowd, too. When one started out his speech for Best Animated Feature with, “What an incredible surprise,” his fellow stand-ins ribbed him from the front row. “I know,” he said, shaking his head.

Show big wigs came in and out throughout the afternoon — film academy President John Bailey could be seen chatting with set designer David Korins (who also designed the look of “Hamilton”). Director Kimberly Pierce sat in for portions as did academy CEO Dawn Hudson. Show director and producer Glenn Weiss and his co-producer Donna Gigliotti seemed to be getting their steps in for the day.

The production crew will have one last dress rehearsal Saturday night, when the musical acts from Queen to Lady Gaga will come back to run through the numbers one more time before the cameras go live to the world for the 91st Oscars Sunday at 8 P.M. EST. MKH

Academy reverses plans, will air all awards live at Oscars