Stars reflect on awards season at last show before Oscars 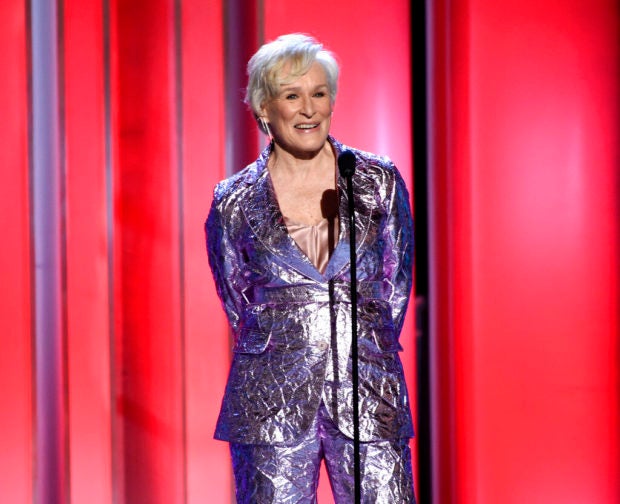 SANTA MONICA, California  — Glenn Close says she’s still a bit surprised the motion picture academy gave a nod to her performance in “The Wife.” Actor Richard E. Grant says he’s certain he’s going to lose and will never get this close to Oscar again. And screenwriter Barry Jenkins just wants to savor making it to the end of the awards-circuit road and enjoy being in the presence of his peers.

“We’ve all reached the end,” explained Jenkins on the arrivals line at the Film Independent Spirit Awards Saturday, where his film “If Beale Street Could Talk” was named best feature. Jenkins’ adapted screenplay is up for an Oscar Sunday.

The beachside show is a laid back precursor to the Academy Awards, offering one last chance to reflect on the Hollywood lengthy awards season.

“You know, I think we all kind of know more or less what the results are going to be and so you really legitimately start to celebrate your peers,” Jenkins said. “And I think you know you look across the room to see all these people — some of whom I’ve admired my entire filmmaking life — to be in the same auditorium with them, to walk the same red carpet with them, and also to hear from them, what they think of my work and to let them know what I think of theirs. To me, that’s what this season ultimately ends up becoming about.” 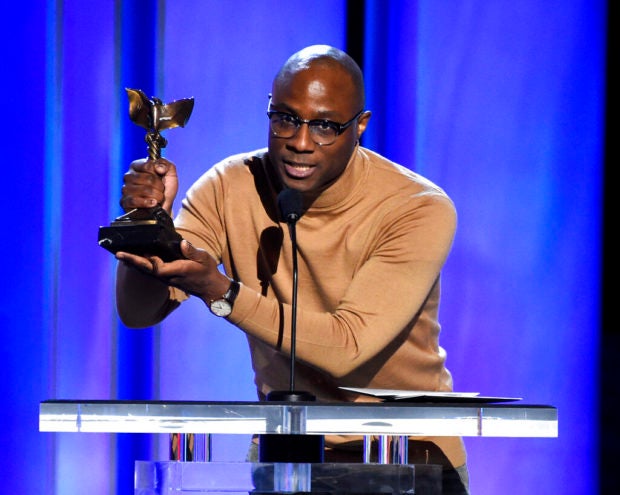 “I mean, it’s a very quiet performance,” she noted. “It’s a very internal performance. And the fact that something that’s so internal had such resonance with people, I still can conjure up how I felt when we first showed it at Toronto and I was astounded by the power that this movie had with the audience. And I’ve never lost that feeling of astonishment.”

For “Minding the Gap” director Bing Liu, whose film is nominated in the feature documentary category, the recognition has repeatedly shown him the power of film.

“A lot of people have reached out, a lot of kids who were like I am,” Liu said, saying they’ve told him. “‘I was in such a dark place and I watched your film, and it’s given me a new hope that I can wake up and grab control of my life.’ I mean it’s a lot of messages like that, but they all sort of seem to be uplifting those kids that reminded me of myself when I was their age. You know, part of why I made this film is that I wanted to help the 14-year-old version of myself. And I think it’s doing that, which is insane.” 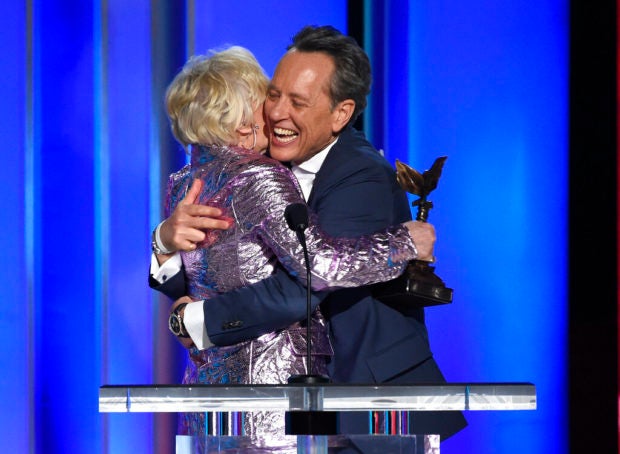 Glenn Close, left, embraces Richard E. Grant, winner of the award for Best Supporting Male for “Can You Ever Forgive Me?” at the 34th Film Independent Spirit Awards on Saturday, Feb. 23, 2019, in Santa Monica, California. Image: Chris Pizzello/Invision/AP

Veteran actor Richard E. Grant has been making movies for more than 30 years, but this year garnered his first Oscar nomination, for his performance in “Can You Ever Forgive Me?”

Grant said he plans on savoring every Oscar-day moment.

“Fox Searchlight sends a makeup and hair groomer to paint you up and fix your hair. Then you get in a car and you go and you know that’s Mahershala Ali is going to win. So, it means that the other four nominees, we can enjoy it absolutely for the ride. And that’s a gift in itself. So, I’m hugely looking forward: first time ever — and last time ever I’ll be there.” MKH

LOOK: Stars and stand-ins rehearse for the Oscars big show