Miley Cyrus on being queer in hetero relationship | Inquirer Entertainment 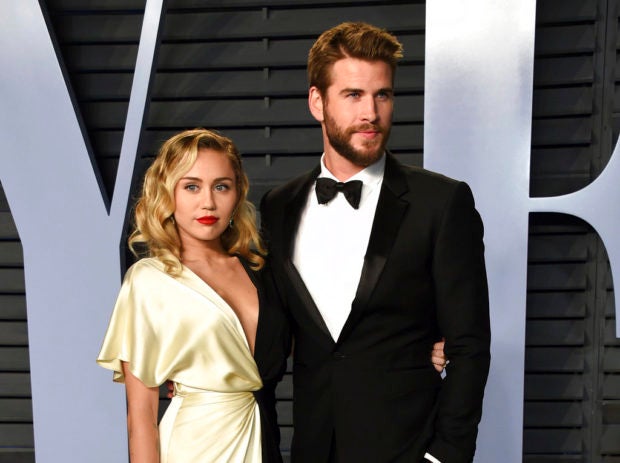 Miley Cyrus recently talked about her heterosexual relationship with Liam Hemsworth, to whom she got married in December 2018.

Cyrus said the reason she and Hemsworth married is not old-fashioned, as per an exclusive interview for the cover story of Vanity Fair’s March issue.

“I actually think it’s kind of New Age,” she was quoted as saying. “We’re redefining, to be f****** frank, what it looks like for someone that’s a queer person like myself to be in a hetero relationship.”

Cyrus is openly queer and takes pride in her identity. And if there is one thing she preaches to others, it is this: “People fall in love with people, not gender, not looks, not whatever.”

She also shared that being in love for her exists on almost a spiritual level.

To drive her point home, Cyrus echoed the words of her favorite woman in the world, Hillary Clinton. A lot of people use marriage perhaps for some kind of cure, Cyrus said, but “we’re stronger together.”

“That’ll make me get emotional. That’s what she meant by it…,” she said in the report. “Like, who gives a f*** if he’s a guy, if I’m a girl, or if he was a woman—who gives a f***? We really are stronger together. One is the loneliest number.”  Cody Cepeda /ra

Miley Cyrus’ birthday tribute to husband Liam Hemsworth reveals why they work — a political message, too?