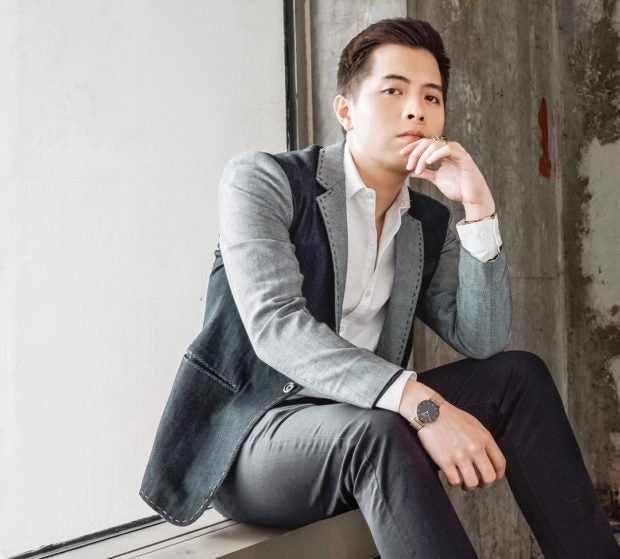 There’s no stopping Jason James Dy on his way to fulfilling another breakthrough in his musical career.

The 28-year-old crooner from Butuan City, who was mentored by the Popstar Royalty Sarah Geronimo, rose to fame when he championed the second season of “The Voice of the Philippines” in 2015, and has been in the recording business for almost four years.

Equipped with soulful voice, full-bodied falsetto, and nimble vocal runs, Dy is referred to as “The Voice of R&B” and the “Prince of Soul,” leaving his mark in the music industry as one of the finest R&B singers of today along with his contemporaries Jay R Sillona, Kyla Alvarez, KZ Tandingan and Daryl Ong.

In 2017, Dy was bent on finishing his studies when he took up a bachelor’s degree, major in popular music, at the Philippine Women’s University School of Music. He was welcomed by professor Marvin Gayramon, who was his voice coach in Butuan when he was only 10 years old.

Someone's bent on finishing his studies. Proud of you Jason Dy for pursuing a course that you're really passionate about. To our newest BM in Popular Music Voice Performance student, welcome to PWU.

Dy’s hard work has finally paid off as he successfully staged his graduation recital at the Conrado Benitez Hall in PWU Manila campus on Wednesday.

For the momentous event of his life, the R&B artist prepared 16 songs of four different genres–American Standards, Contemporary Music, OPM and Broadway songs.

Dy showcased his versatility in the first part of the recital by singing songs from the Great American Songbook, including standards by George Gershwin and Cole Porter. He started off with “They Can’t Take That Away from Me,” a 1937 popular song introduced by Fred Astaire in the film “Shall We Dance?”.

He also sang the early 20th-century songs “I Get a Kick Out of You,” “Someone to Watch over Me” and “I Got You under My Skin.” 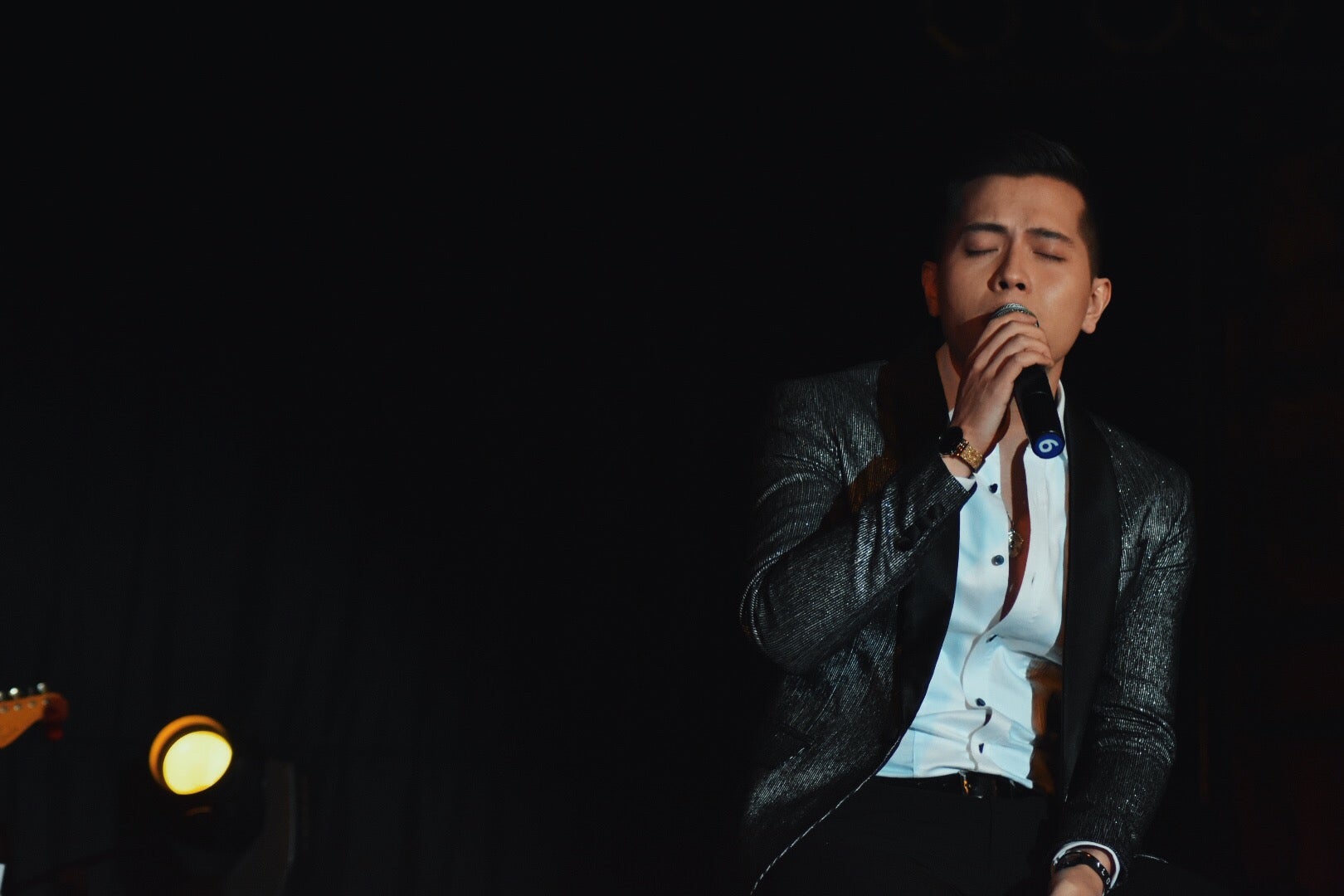 Jason Dy in his graduation recital at the PWU School of Music. Image (courtesy of Remond R. Suarez)

In singing classical songs, Dy shared how he was challenged by Professor Gayramon to sing different popular music genres. “It’s really a different thing for me ‘cause I usually don’t sing those kind of songs,” he said, adding, “But I enjoyed it. It was really a learning experience for me to go out of my comfort zone, try different things, and take bits of pieces from those different genres and incorporate it to the style of singing that I do.”

The second part brought ‘kilig’ to the crowd when Dy was joined by the first “Tawag ng Tanghalan” record holder Elaine Duran in a duet of Daniel Caesar and Gabi Wilson’s Grammy Award-winning song “Best Part.” As the duo’s aesthetic voices intertwined, they complemented each other onstage, fitting the song’s romantic tune.

After a romantic song was Dy’s performance of Labrinth’s heartbreaking ballad “Jealous,” followed by his soulful rendition of  Sam Smith’s UK chart-topping song “Stay with Me,” which eventually became Jason’s stellar blind audition piece in The Voice PH. “Wala ako kung hindi dahil sa kantang ‘to, [at] wala kayo dito ngayon. I owe a lot to this song,” he said.

Dy proved that there’s more from him than just pretty face and soothing vocal prowess when he showed off his stage presence by grooving to Bruno Mars’ song “Finesse” with funky swing beat.

Recalling two memorable OPM songs that helped him get through his big win in The Voice of the Philippines, Dy crooned his favorite South Border’s song “Kahit Kailan,” which he always sings with killing riffs and runs plus his smooth signature falsetto. Next was his winning piece “Minsan Lang Kita Iibigin” composed by Aaron Paul del Rosario, which made him look back to his past job as a professional haranista (serenader) before joining the reality singing competition.

Purely a Broadway set was the show’s last part where Jason put on a king’s robe and a crown representing King George III, and impressively sang “You’ll Be Back” from the 2015 Hamilton musical. 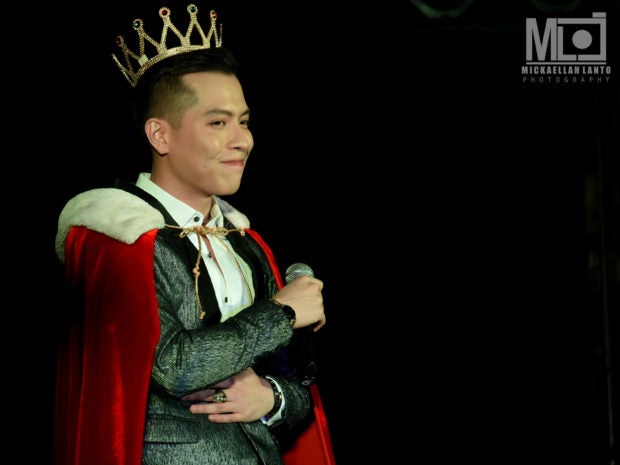 The crooner could not stop being emotional singing “Words Fail” as he strongly connected himself to the song and made a quick stirring transition in “Only Us” with Elaine Duran, who came up onstage once again to join Jason in singing the young sweethearts’ duet from the musical “Dear Evan Hansen.” They also performed “First Date, Last Night” from the original off-Broadway production “Dogfight.” 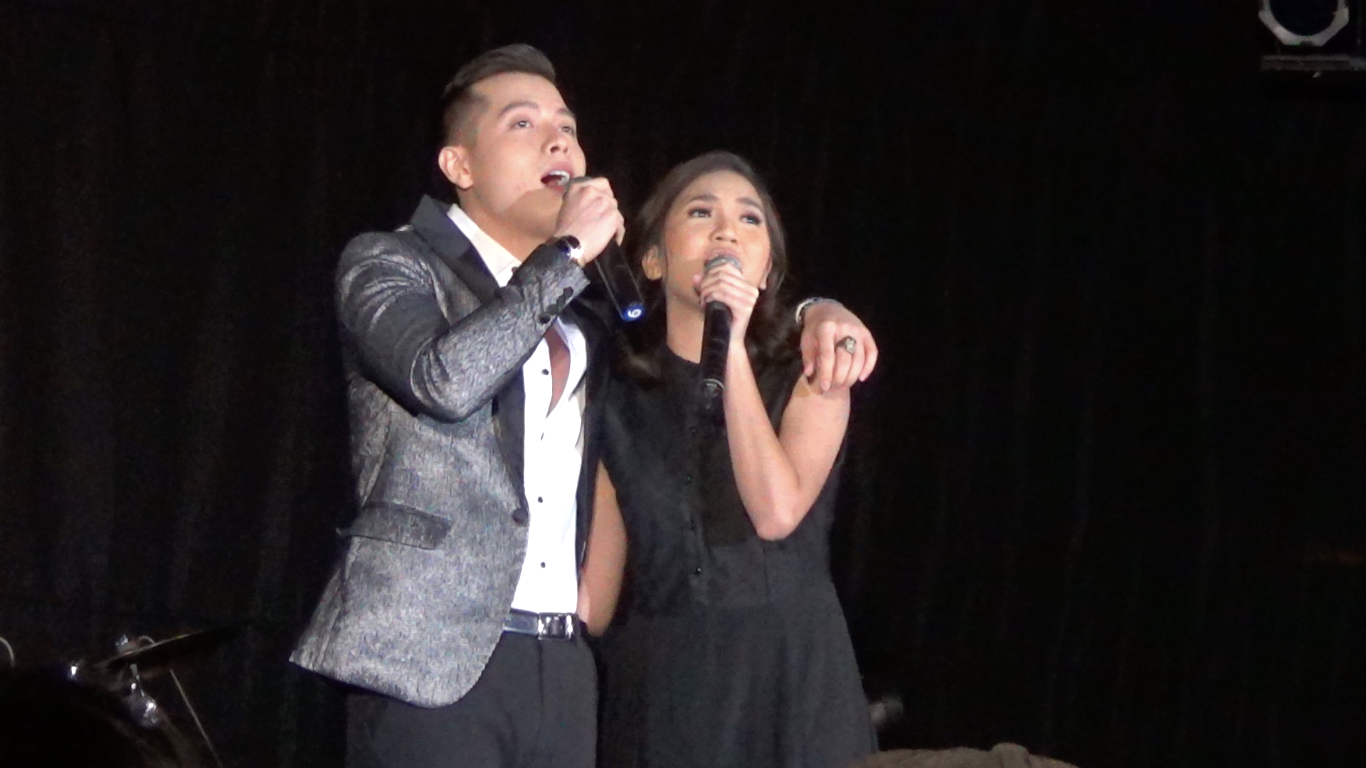 Before the recital program ended, Dy was joined on the piano by professor Richelle Rivera, Dean of the PWU School of Music, in his intensified performance of “King of the World” from the 1995 musical theatre “Songs for a New World” by Jason Robert Brown.

Meanwhile, Jason Dy has proven that he is also a man of surprises when he suddenly went back onstage and sang the Himig Handog 2018 winning song “Sa Mga Bituin na Lang Ibubulong,” which was interpreted by JM De Guzman during the competition, but which Dy presented on his behalf at the grand finals.

With this new milestone he has reached, Jason Dy did not forget to thank the people who inspired him–-his family, friends, the PWU School of Music and the DYfenders.  /ra