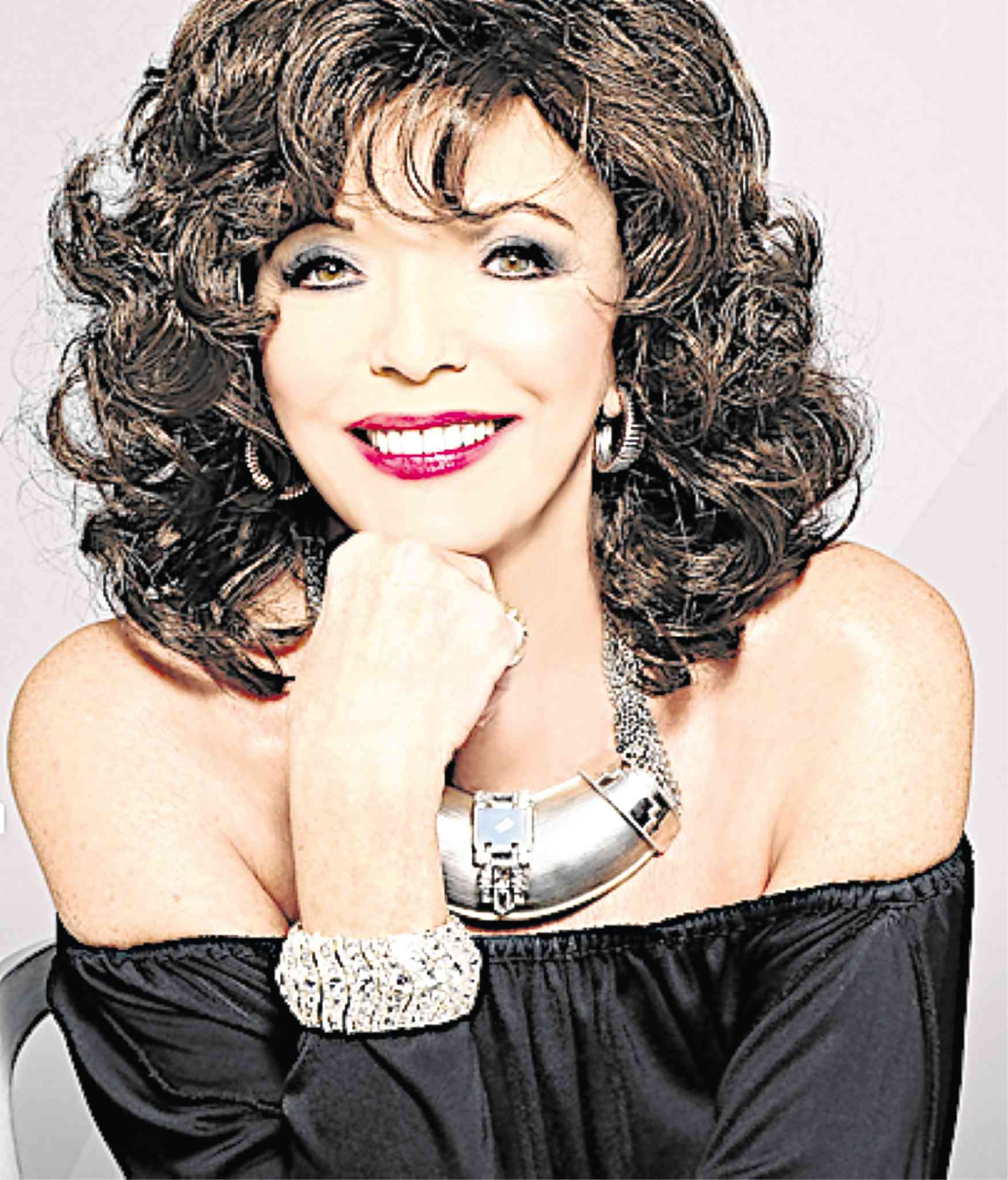 LONDON—We would often rush to the hottest plays or brand-new musicals every time we’re in Europe’s top theater hub. For the first night of our European break, however, we decided to let our feet take us off the beaten track and spend one “provocative” evening with glamorous Dame Joan Collins, looking gloriously half her age at 85, at the 108-year-old London Palladium.

“Joan Collins Unscripted” is a sink-or-swim endeavor that heavily owes its viewability to the lovely “Dynasty” star’s spontaneity and her first-hand revelations about the Hollywood legends she has crossed paths with, as well as the pertinence of questions fielded by members of her swooning audience who were asked to “participate” in what seemed like a three-hour-long Q&A. 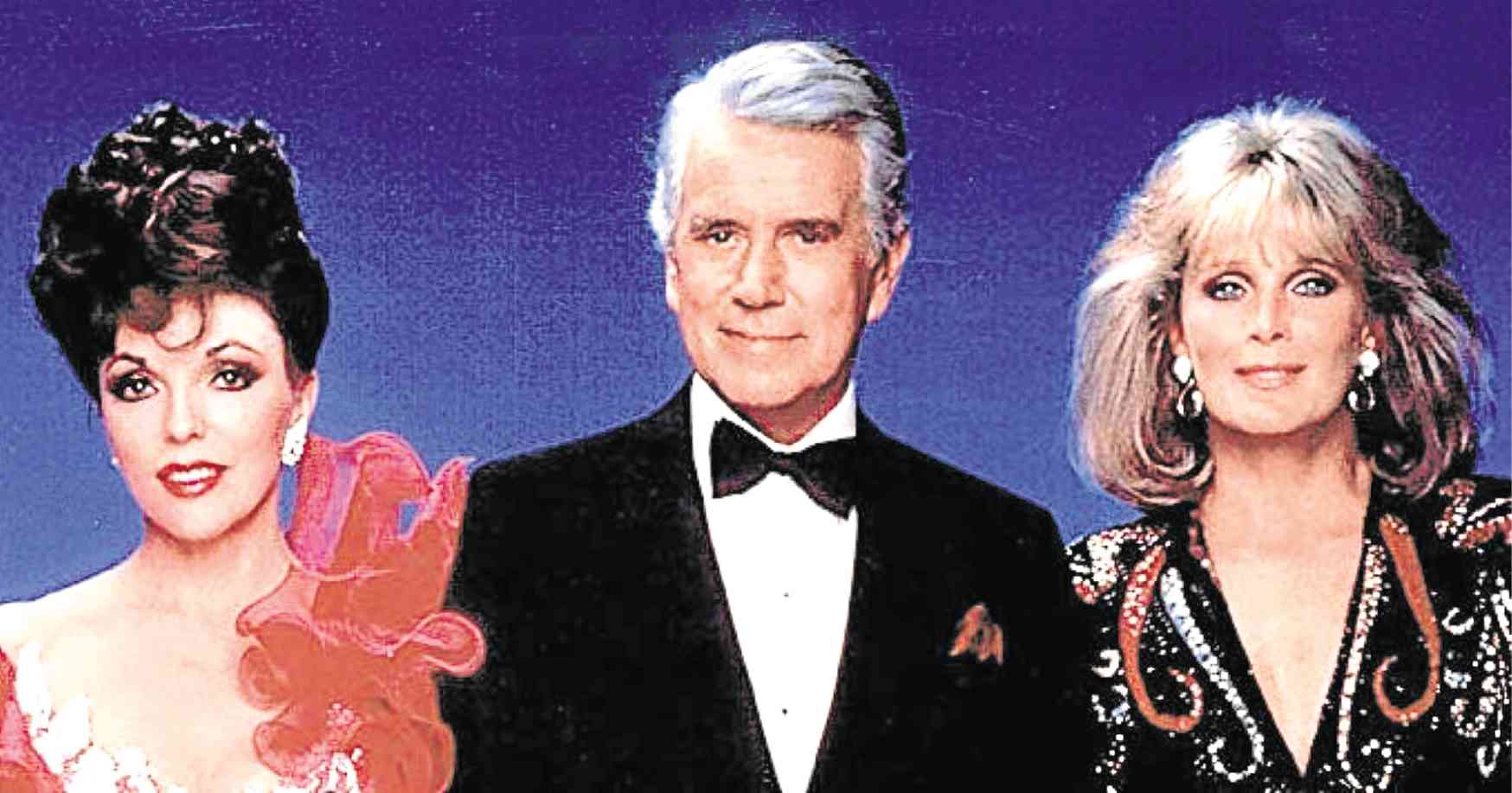 From left: Collins, John Forsythe and Linda Evans in “Dynasty”

The stage was bare, other than a pair of gilded chairs in front of a huge video screen. Helping Joan moderate the show was her fifth husband, Percy Gibson, who’s about 30 years younger. (They’ve been together for 17 years.) Her other lovers included Harry Belafonte (with whom she had an affair during the filming of “Island in the Sun”) and the incorrigible womanizer Warren Beatty.

If you’re a millennial who has yet to be born when the Royal Academy of Dramatic Art-trained celebrity won her first and only Golden Globe award for best actress in 1983 for her portrayal of bitchy matron Alexis Carrington Colby in “Dynasty” (she also won a Razzie for the same role in 1985), you’d have to struggle through the effusive adulation and “love fest” to appreciate the trivia-heavy insights she shares with her fans.

Joan neither sang, danced or delivered lines from Henrik Ibsen’s “A Doll’s House,” the first play she acted in when she was 9 years old. But, cut her some slack—after all, she must be doing something right if she continues to draw people’s rapt attention as an octogenarian!

The show makes clever use of the actress’ perceived cattiness and candor to generate laughter from audience members, who are forewarned not to take photos.

She was never close to Linda Evans (her archnemesis, Krystle Carrington, in “Dynasty”) because she said she didn’t have anything in common with her.

She refused to do cameos for the “Dynasty” spinoff “The Colbys,” and in the recent 2017 revival of the series (with Nicolette Sheridan playing Alexis), because she said it would affect the ratings of the show—and it did: “Besides … ‘The Colbys’ started the demise of ‘Dynasty,’” she quipped.

For her share of #MeToo stories, Joan said she never allowed Hollywood’s abusive power players to prey on her, like studio boss Darryl F. Zanuck, who was known to proposition every actress he met: “The first time I attended a Hollywood party, Marilyn Monroe warned me against those men. When I met (studio boss) Darryl F. Zanuck, he chased me around and told me, ‘You haven’t had the biggest and the best until you’ve had me—and I can go all night.’ But I’ve never done the casting couch. If I had been ‘nicer,’ I would have done ‘Cleopatra,’” she declared. (The role in that monumental flop went to Elizabeth Taylor.)

When Joan married her fifth husband, Elizabeth called her and said, “I’m still ahead by three.” (The latter was married eight times.)

Joan also called Richard Burton “very promiscuous.” She recalled, “Richard expected all the girls to fall on his feet. When I rejected him during the shooting of ‘Sea Wife’ in 1957, he said to me, ‘I have slept with every single one of my leading ladies!’ And I answered, ‘Even Olivia de Havilland?’” Naturally, that revelatory bit of information got us googling after the show. Tee-hee. 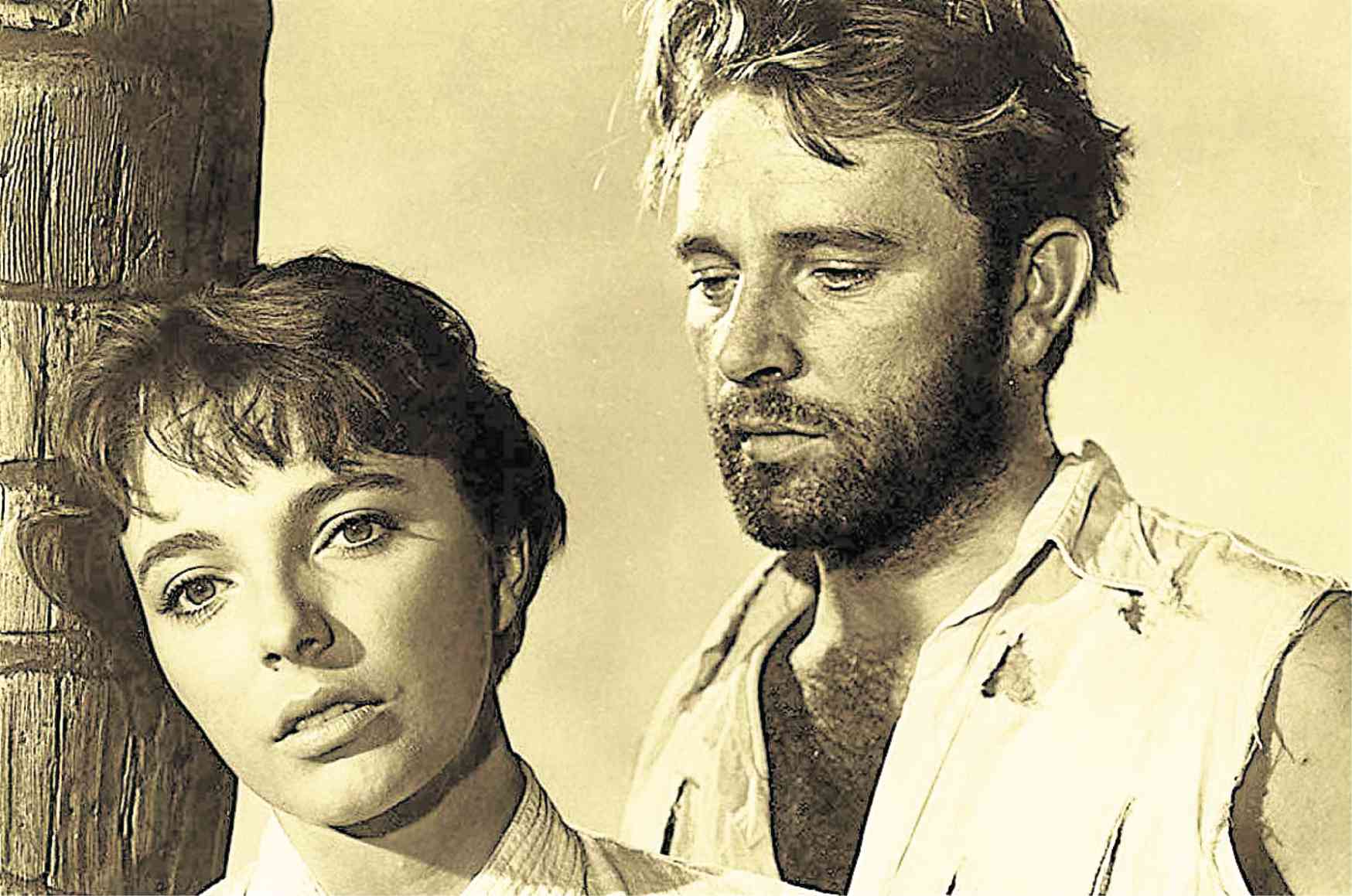 The actress remembered meeting Larry Hagman (JR Ewing of “Dallas”) for the first time. “I met Larry, who’s the son of Mary Martin, when I was 14. He was in the chorus of ‘South Pacific.’ We went out on a date, but he was shy and very tall. In 1970, we acted together in ‘Up in the Cellar,’” she said.

Joan showed clips of her singing—and she held her own, we must note—in films like “The Road to Hong Kong.” “I didn’t particularly like working with Bing Crosby because his breath was awful! Because he smoked a lot,” she added.

Act Two also had a lot of first-hand revelations, like how “difficult” Bette Davis was on the set of 1955’s “The Virgin Queen.” Joan recalled, “At 21, I played one of the ladies in waiting in that film. Everyone was terrified of Bette—she was always smoking and looked consistently cross. In one scene, she kicked me! But I made her realize she couldn’t mess with me.”

What are films she would highly recommend? “Casablanca,” “The Apartment,” “Some Like It Hot” and “Singing in the Rain.”

How did she manage to age well? Good genes and a positive outlook in life.

What role would she have wanted to play? Margo Channing (played by Bette Davis) in “All About Eve.”

When did she realize she was fabulous? I didn’t know I was fabulous until later in life … and that was when I was about 4 years old (laughs).

Worst outfit worn for a show? When I was thrown on a lily pond in my fight scene with Linda Evans.

Has she ever been in a superhero flick? I played the Siren in an episode of “Batman” on TV.

And when it was time for the actress to wrap up the show, Joan bid her adoring fans with advice that she continues to follow: Live each day as if it’s your last, because someday, it will be!