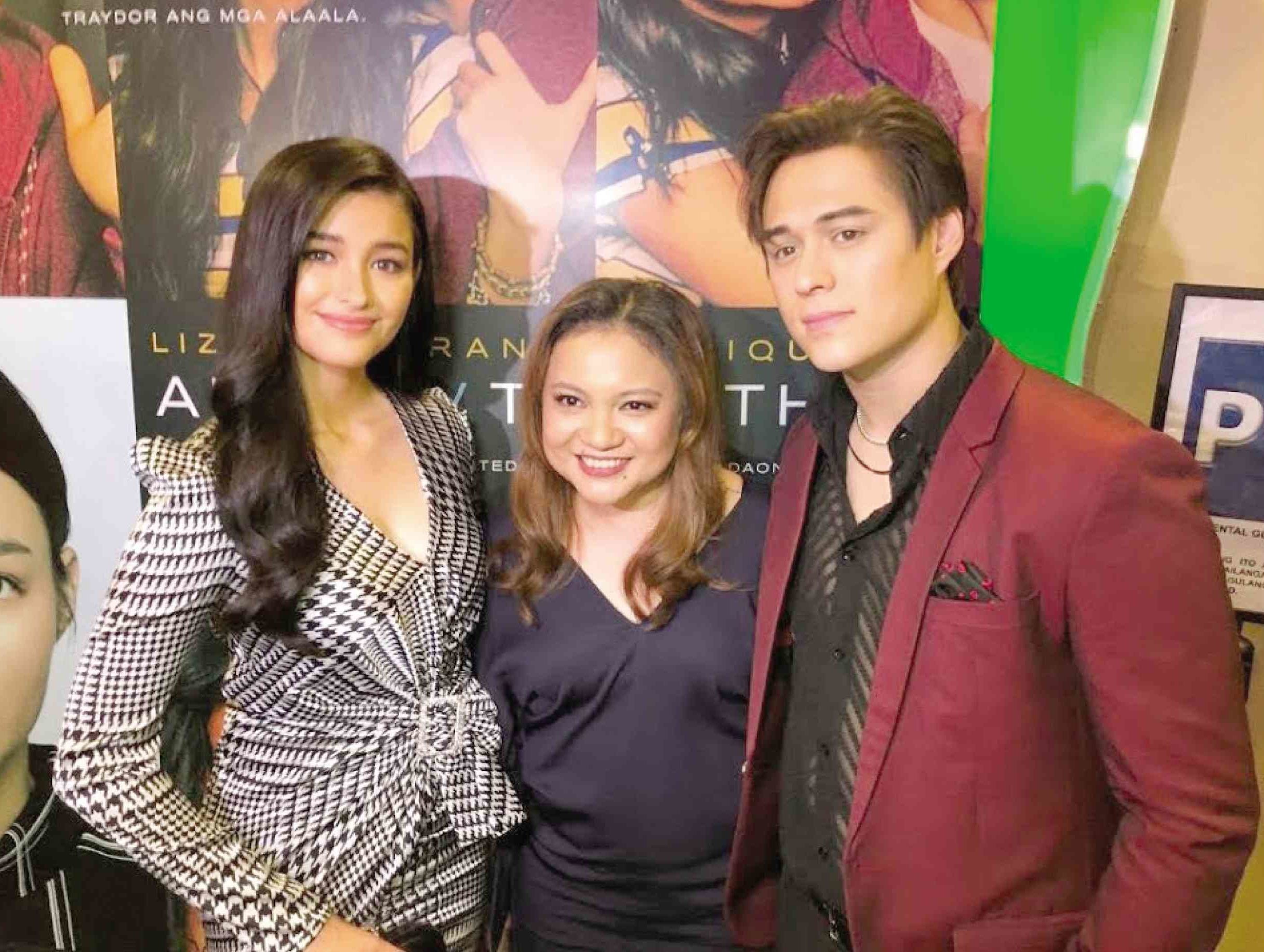 Liza Soberano and Enrique Gil, collectively known as “LizQuen,” would fight like cat and dog on the set of the romantic drama “Alone/Together,” according to director Antoinette Jadaone.

“We actually find this funny rather than disturbing. We like that they’re quarrelling over small stuff, like when one of Liza’s hands got injured and Quen (Enrique’s nickname) accidentally squeezed it,” Antoinette told the Inquirer. “They would often patch things up on their own. We think it’s kind of cute.”

Antoinette said she would love to collaborate with them again because “they’re good.” She claimed: “What I realized while working with them was that actors will always surprise you, if you’d only let them. Malalim silang mga aktor. They would look at a scene differently from how I’d look at it. This was why I would give them the littlest instructions possible before we do a scene. They would often show me their own take on it, and this makes the scene so much better.”

The director also pointed out: “I realized that it’s not about their age—they’re only 21 and 26, respectively. It’s really in the preparation, and in how much of themselves they are willing to give to their characters.”

Antoinette said she knew from the beginning that it would be difficult for the two actors to relate to their characters. After all, Enrique plays a doctor, while Liza is someone involved in arts studies and museums.

“I prepared them for this through a series of workshops and immersions, so that when it’s time to shoot the difficult scenes, we only needed minor tweaking,” she explained. “Early on, we’ve already pinpointed the scenes that we thought would need more motivation and work. An example of this is the scene that appeared in the teaser where Liza said, ”’Di ko talaga alam kung ano ang nangyari.’ In the script, the scene is five pages long. It was really an emotional one.”

Antoinette said it also helped that they got to “bond” during their trip to New York City, where some of Liza’s important scenes were shot. “We took a lot of shots outside the major museums there. We only have a skeletal crew … and work beyond our actual job description,” she added. “On our last shooting day there, Liza and Quen treated everyone to ramen dinner.”

The director said they were all “handpicked.” She explained: “I personally sent Jasmin a text message to ask if she would be interested in a small role. I was impressed when she replied, ‘Oo naman, Direk. No role is ever small.’ I picked Luis because I’ve already worked with him before, and as for Ms Sylvia, it’s no secret that she’s a good actress. She’s perfect for the role of Liza’s mom.”

Antoinette admitted that she felt pressure on her shoulders, especially because the previous LizQuen movie, “My Ex and Whys,” was a certified box-office hit. “More than the gross returns, I’m really more concerned with the impression of people,” she quipped.