No plan for Smollett to do follow-up police interview Monday 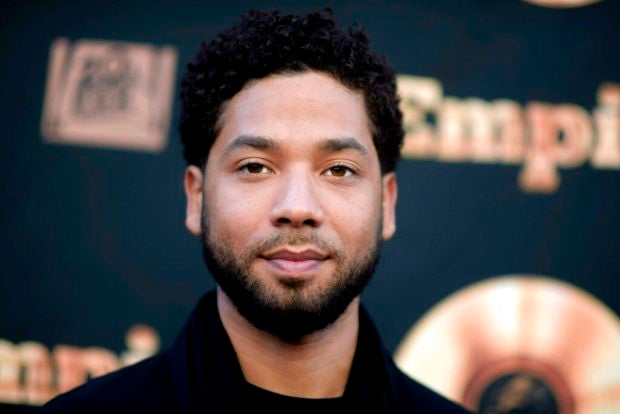 In this May 20, 2016 file photo, actor and singer Jussie Smollett attends the “Empire” FYC Event in Los Angeles. Chicago police say they’re interviewing two “persons of interest” who surveillance photos show were in the downtown area where Smollett says he was attacked last month. A police spokesman said Thursday the two men aren’t considered suspects but may have been in the area at the time Smollett says he was attacked. Smollett says two masked men shouted racial and homophobic slurs before beating him and putting a rope around his neck on Jan. 29. Image: Richard Shotwell/Invision/AP, File

CHICAGO — Attorneys for “Empire” actor Jussie Smollett say there are no plans for him to meet with Chicago detectives Monday for a follow-up interview about his reported assault.

Anne Kavanagh is a spokeswoman for Smollett’s lawyers. She says in an emailed statement that his lawyers “will keep an active dialogue with Chicago police on his behalf.”

Smollett reported last month that he was physically attacked by two men who yelled homophobic and racial slurs. He said they also yelled he was in “MAGA Country,” an apparent reference to President Donald Trump’s campaign slogan.

Police said Saturday that the investigation had “shifted” after detectives questioned two brothers about the attack and released them without charges. Police say they’ve requested a follow-up interview with Smollett.

Smollett’s lawyers say the actor feels “victimized” by reports that he played a role in the assault. MKH