Cardi B is weighing in on the Jussie Smollett case, which continues to be under investigation after the “Empire” actor alleged that he was a victim of a hate-crime attack in Chicago last January. 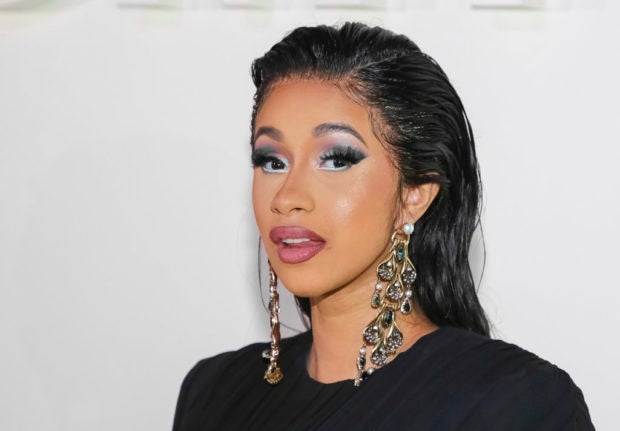 The rapper expressed her frustration at the case on Instagram Live Monday, Feb. 18. She said she wanted to give him the benefit of the doubt, but that she was “disappointed” if he had lied.

“I’m really disappointed in him, bro. I feel like he f*cked up Black History Month, bro,” she said.  “I’m not gonna say, yet. Until he say it out his mouth that it was fake and the sh*t was staged.”

“I don’t want to completely blame him, because somebody I was talking to they said police in Chicago are racists. So they might probably try to frame him and make him look like he’s a liar. But if he’s not, then bro you fucked up, for real. Like, why would you do that?”

She recalled a road rage incident two years ago during which police reportedly put her into a headlock. Police reportedly harassed her and her family into giving a statement. When she did not talk to police, she said a police statement was released stating that she had staged the incident to promote an album that was not yet in the works.

Other black celebrities have also spoken up on developments in the case. Director Ava DuVernay continues to stand up for him.

Despite the inconsistencies, I can’t blindly believe Chicago PD. The department that covered up shooting Laquan McDonald over a dozen times? That operated an off-site torture facility? That one? I’ll wait. Whatever the outcome, this won’t stop me from believing others. It can’t.

“The department that covered up shooting Laquan McDonald over a dozen times? That operated an off-site torture facility? That one? I’ll wait. Whatever the outcome, this won’t stop me from believing others. It can’t.”

Smollett claimed that at 2 a.m. on Jan. 29, two men attacked him and placed a rope around his neck. They also allegedly yelled homophobic and racist slurs at him.

In the investigation that followed, Chicago police said there was no footage of the attack.

Sources told CBS News in a Feb. 14 report that the men were paid $3,500 to stage the attack. They rehearsed the attack with Smollett days before. The men left for Nigeria on Jan. 29 and were promised $500 when they returned.

Smollett’s lawyers denied reports that the attack was staged. “As a victim of a hate crime who has cooperated with the police investigation, Jussie Smollett is angered and devastated by recent reports that the perpetrators are individuals he is familiar with,” a press statement said.

“He has now been further victimized by claims attributed to these alleged perpetrators that Jussie played a role in his own attack. Nothing is further from the truth and anyone claiming otherwise is lying.”

His lawyers said that he does not plan to speak with police for another interview.  /ra