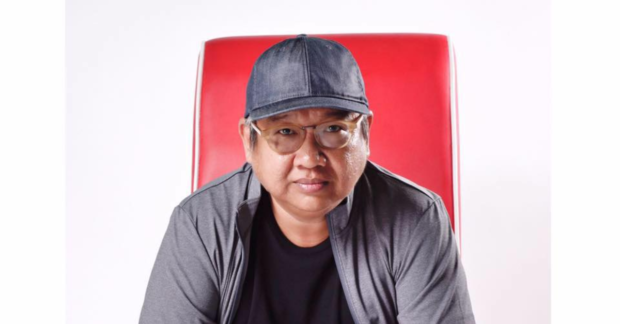 Filmmaker and producer Erik Matti once again took to social media to share his sentiments about the film industry, this time addressing the Film Development Council of the Philippines (FDCP).

Matti first apologized since he was not able to attend the FDCP’s Film Ambassadors’ Night last Feb. 10 at the Samsung Hall in SM Aura, before thanking the council for its recognition of Filipino filmmakers who have exhibited their works in international film festivals.

“I don’t want to be a party pooper but all these encouragement, recognition and celebration of these awards can be fleeting and superficial. And quite expensive to mount too,”  he said on a Facebook post last Feb. 11.

I am sorry I wasn’t able to attend the Film Development Council of the Philippines Ambassador’s awards night. Thank…

He hoped that the FDCP would instead pour their resources — “the hard earned money of the taxpayers” — to enliven the local film industry through forums that would “confront all the ails of our dying local movies with achievable results and defined steps and timelines.”

Matti also took to social media last Feb. 7 where he lamented the state of the Philippine film industry, saying it is in “dire situation” due to low box office sales from recently released movies. He believes the government should intervene.

The director further asked on his post on Feb. 11 what he and other filmmakers would do with their trophies if 98 percent of the country has not seen their films.

He also pointed out that the FDCP holds parties for film festivals abroad and recognizes filmmakers who make it internationally by giving out trophies. This seems dangerous, for Matti at least, who said it gives out the message that “our cinema is robust when in fact back home we are dying.”

“Don’t let the Film Ambassador’s night be a reminder of the Marcos era where the elite party all the time giving the impression of opulence and a healthy economy all the while masking the fact that the rest of the country is starving,” wrote Matti.

“I am appealing to the good heart of the FDCP,” implored Matti. “Please don’t let our films gather dust like the trophies on our shelves.”

FDCP chair Liza Diño, on her end, replied to Matti’s concerns in a letter via Facebook on Feb. 14. Diño defended the “costly Filipino nights” that Matti termed as she claimed these to be a bridge to introduce Filipino filmmakers to international stakeholders.

“These networking events, attached to a Film Market or a Film Festival where there is a spotlight on the Philippines, make it possible for Filipino delegates to find possible contacts for their projects…” she said.

Dear direk Erik Matti,Sorry if it took awhile to address your sentiments the other day. I've been busy working. But I'…

She also said that every country has similar events to showcase their film industry.

“And though these events may seem costly to you, ours are far from such and always conducted on a set budget especially if you compare to the events that these other countries are hosting.”

Dino claimed that many local stakeholders found partnerships through these events. She also asked Matti would attend the FDCP’s country pavilion this March in Hong Kong to see for himself the purpose of the program.

“Hope you can join us so you can see for yourself and understand more what we do and avoid making assumptions about the intent and purpose of this program.” JB