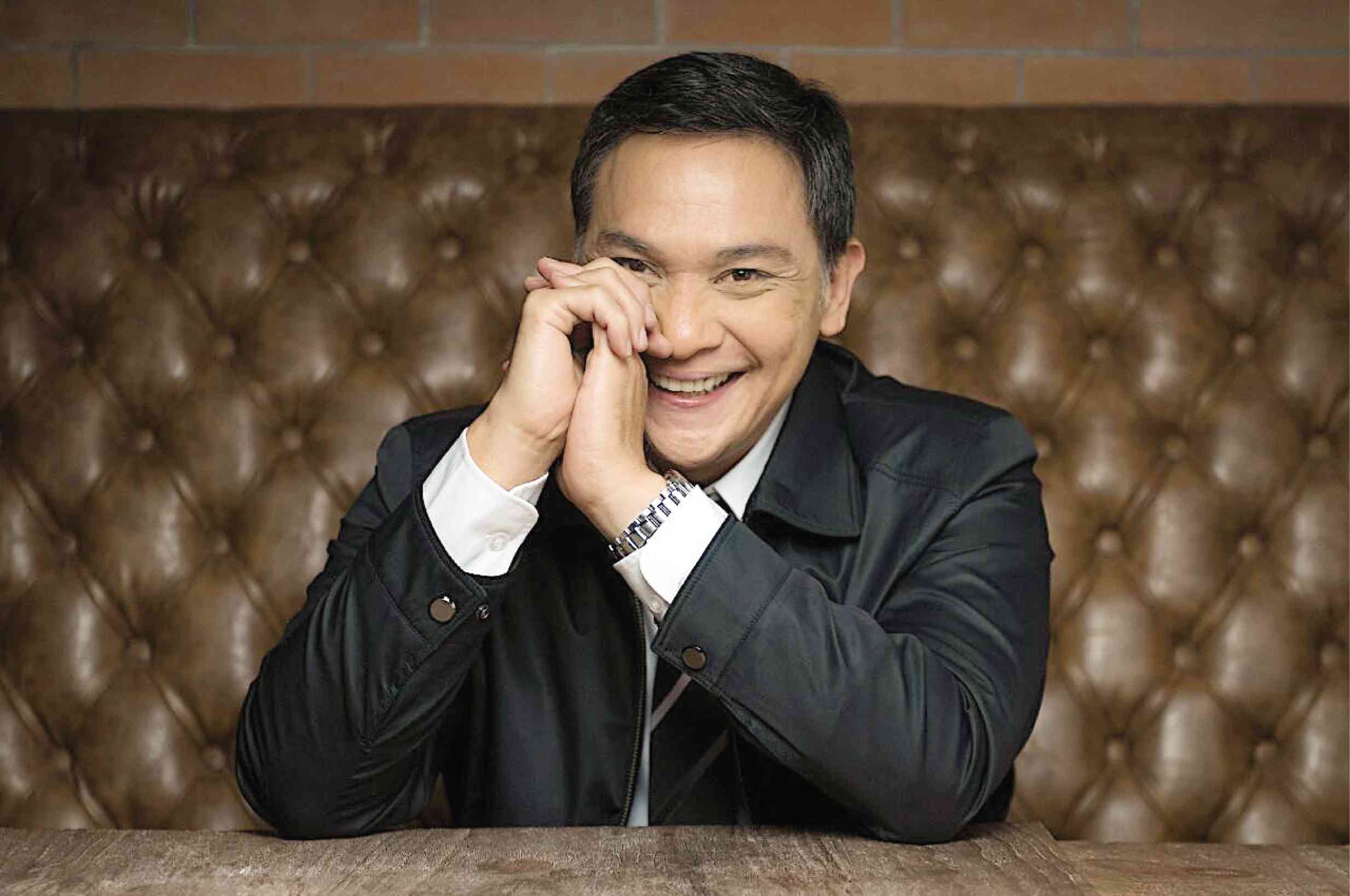 Veteran actor Nonie Buencamino is a staple figure on television, onstage and in the movies with more than three decades of experience under his belt. His recent portrayals in films such as “BuyBust,” “Ang Larawan,” “Goyo: Ang Batang Heneral,” and in teleseryes like “Asintado” and “Ang Probinsyano” are just the tip of the iceberg for this triple threat’s extensive acting résumé.

The effectiveness of his characterizations is underscored by his theater training and innate passion for the craft. The reaction he elicits from people who see him as the villainous characters he plays often blurs the line between serious and humorous.
He recalled in jest, “’Pag nakita ako, sasabihan ako, ‘Huwag n’yong palapitin ‘yan, baka mabatukan ko,’ tapos lalapit sila para magpa-picture. Nakurot na din ako.”

Our conversation eased into a more thoughtful note when we sat down with Nonie to talk about his and his wife Shamaine Centenera-Buencamino’s mental health advocacy during the press launch for the third theatrical run of Spotlight Artists Centre’s “Dirty Old Musical,” where he will reprise his role as one of the Bench Boys. It runs at Music Museum from Feb. 22 to March 23 (call 7216276 or 7760919).

“Shamaine and I have decided to talk about it more, especially to younger people and in schools about our experience with our daughter, Julia. We want to tell that story so that we can help the people who are going through depression and prevent them from committing suicide.”

We often see Shamaine at the forefront of this advocacy, aptly called The Julia Buencamino Project, in memory of their youngest child Julia, who was a budding actress. She took her own life at the tender age of 15 in July 2015.

Nonie said that though they weren’t experts, their advocacy was geared toward helping organize events and gather experts in the field of mental health to bring the issue to a larger platform and generate awareness for those who are debilitated by an “invisible war” they’re waging within themselves.

“I’m here to support her because it really takes a lot from us. We have to relive our experience every time we open up about it. We have to revisit her poems and her journal again. We dig deep into the past because you have to share it. We have to live through it again because we don’t do theories—
we’re just sharing our experience and you can just make conclusions out of that. Somebody has to be stronger, more solid. It’s always difficult for her whenever she talks about it.”

Nonie recalled that around middle of last year, Cultural Center of the Philippines (CCP) artistic director Chris Millado reached out to them about raising awareness for mental health. This led to the creation of “Will You Still Love Me?,” a festival of sorts staged at various venues at the CCP that included performances, workshops, fora and poetry reading. It also included an exhibit of Julia’s paintings and an art installation of paper cranes made by her classmates from the Philippine High School for the Arts.

“Our advocacy aims to help people face the issue head-on and not to be secretive about it,” he added.

But using art as therapy isn’t as easy as it sounds. He explained, “It’s not as simple as asking people if they have a mental health problem, then telling them to attend this event. After all, it’s a secret illness people prefer to keep under wraps.” 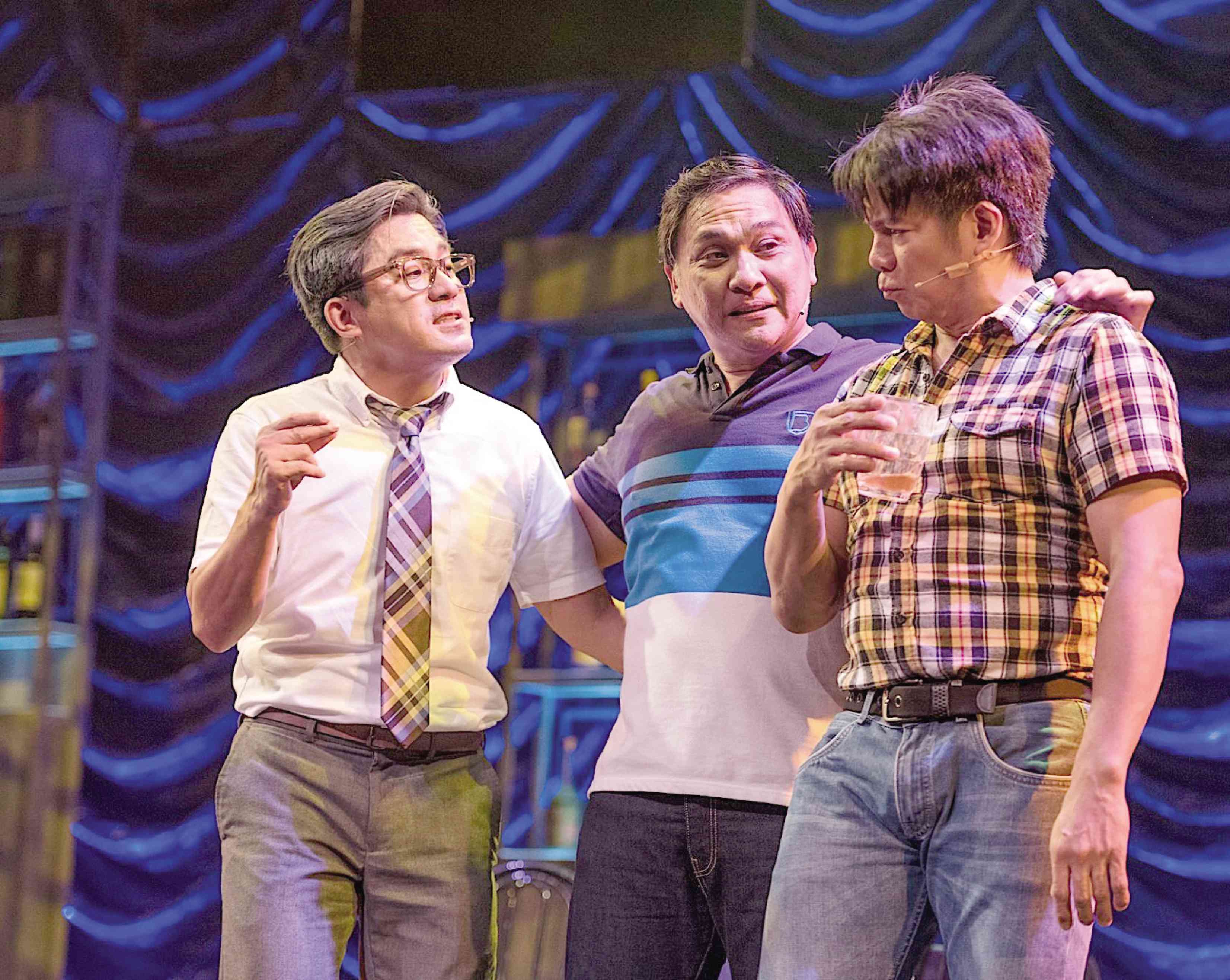 “It’s only now that we’re realizing how many misconceptions there are in this world. That people who commit suicide are weak, hindi nila kinaya ang buhay. And probably at some point in my life, I felt the same thing but looking deeper into it and trying to understand what happened to my daughter, I realized it’s not as simple as that. They’re suffering, not necessarily because of something that happened. It’s because of an imbalance in their body that we are not aware of, and one day it just exploded. It’s not the fault of people who commit suicide. They should not be blamed or judged.”

On how this experience has changed him as a person, an artist and an advocate, Nonie’s heartfelt response addressed the proverbial elephant in the room.

“It has changed me a lot in terms of understanding people more. Looking back, I paid a lot of attention to my daughter. She was my youngest, and I was very close to her. But if I was given a second chance, I would like to have more conversations with her, observe her more, consider that she was getting depressed and not to push anything aside.”

“You don’t really imagine that it could be a problem. We thought that we were a happy family and that there was no problem, that Julia was just being an artist. It has changed me because I’m now less judgmental about others. I’m more patient. When my daughter died, I told myself that I could die anytime.”

The wisdom and wistfulness in Nonie’s voice couldn’t be more profound and evident as he reflects on the difficulties of coping with profound loss.

“How can we live after what happened? I really am so mad, I felt so bad, and I miss her very much. But you must find something to do, something productive, something good. There should be something good coming out of that—or, at least, we try.”

Nonie said this experience had made him unafraid of death and made him realize how fleeting life is. He feels the heightened need to express his thoughts when they have to be said.

“These days I do what I want. I’ve always wanted to raise a big dog, and I’m doing that now. Life is short, so we have to take advantage of every moment.”