BERLIN — Israeli director Nadav Lapid’s “Synonyms,” a movie about a young Israeli man who uproots himself to France and is determined to put his homeland behind him, won the Berlin International Film Festival’s top Golden Bear award on Saturday. 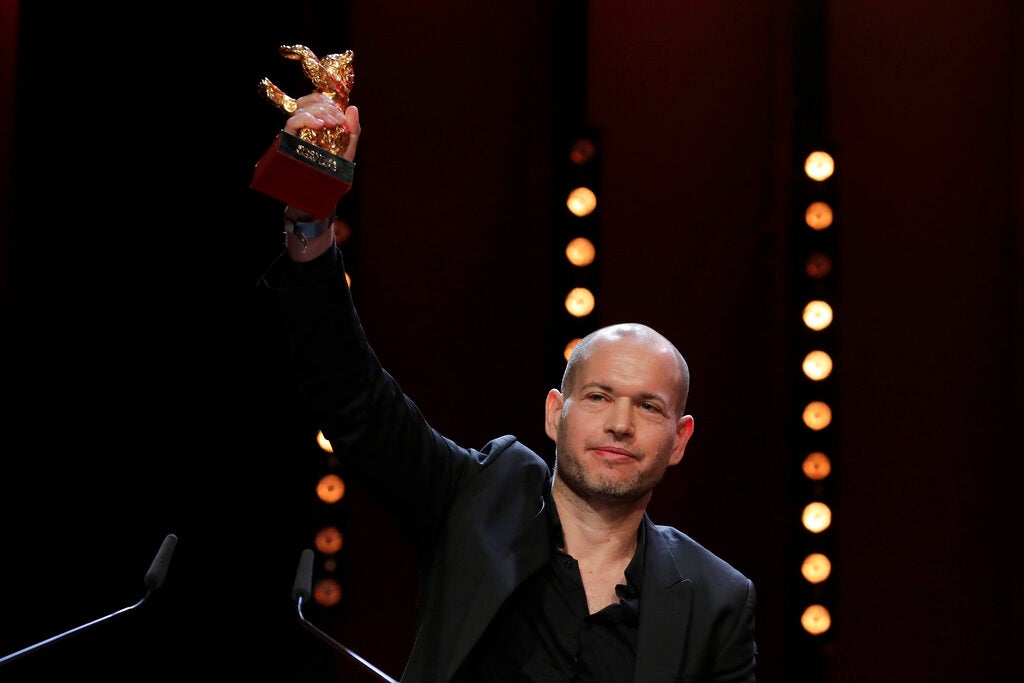 A jury headed by French actress Juliette Binoche chose the movie from a field of 16 competing at the first of the year’s major European film festivals. Set in Paris, it stars Tom Mercier in the role of Yoav, who refuses to speak Hebrew and is accompanied by an ever-present French dictionary as he tries to put down roots and create a new identity for himself.

Lapid said as he accepted the award that some in Israel might be “scandalized” by the movie “but for me, the film is also a big celebration — a celebration, I hope, also of cinema.”

“I hope that people will understand that fury and rage and hostility and hate … are only the twin brothers and sisters of strong attachment and powerful emotions,” he said.

The festival’s best actor and best actress awards went to Wang Jingchun and Yong Mei, respectively, for their roles as a couple who lose their son in director Wang Xiaoshuai’s “So Long, My Son.” The three-hour Chinese family saga spans three decades of history from the 1980s to the present, portraying a society in constant change. 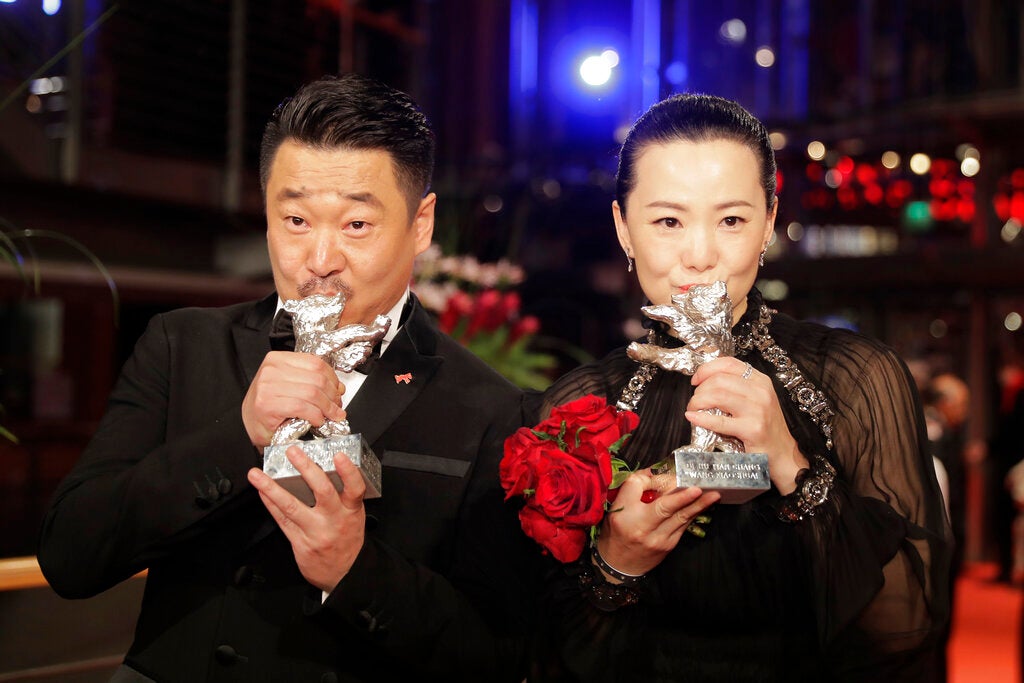 The best director honors went to Germany’s Angela Schanelec for her family drama “I Was at Home, But.”

The festival’s jury grand prize award was won by French director Francois Ozon’s “By the Grace of God,” a movie about the long-term effects of sexual abuse in the Catholic church.

Italian anti-Mafia journalist Roberto Saviano, along with Maurizio Braucci and Claudio Giovannesi, took the best script award for “Piranhas,” a film following teenagers growing up in a dangerous world of crime in Naples. Saviano said writing the screenplay was meant to “show resistance,” and added that “speaking the truth in our country has become very complex.”

This year’s competition originally comprised 17 films, but famed Chinese director Zhang Yimou’s “One Second,” set amid the chaos and violence of the country’s 1966-76 Cultural Revolution, was withdrawn after festival started.

A festival statement on Monday said it wasn’t possible to present it “due to technical difficulties encountered during post-production.” It did not elaborate.

Binoche said at Saturday’s ceremony that jury members “regret that we were not able to consider” the film.

This year’s “Berlinale” was the last under Dieter Kosslick, its director of the last 18 years. German Culture Minister Monika Gruetters said he “always positioned the Berlinale on the fronts of the big, controversial debates of our times.”

Kosslick will be replaced by a team of Carlo Chatrian and Mariette Rissenbeek. Locarno film festival chief Chatrian will become the festival’s artistic director and Rissenbeek, a German movie industry official, will be its managing director. NVG