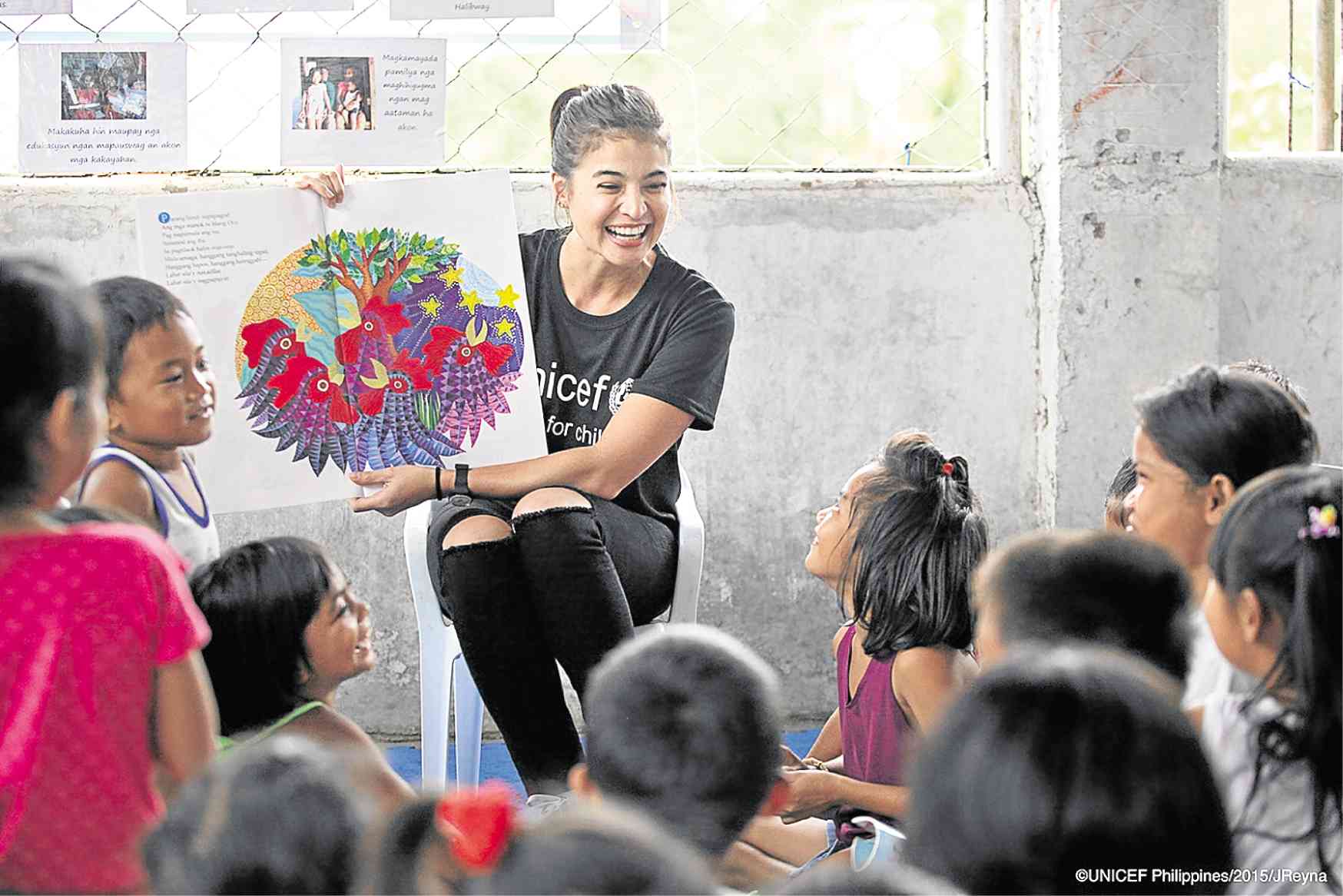 For using her celebrity as a platform for promoting and protecting the rights and well-being of Filipino children, actress Anne Curtis has been named a National Goodwill Ambassador of the United Nations Children’s Fund (Unicef).

Curtis and television personality Daphne Oseña-Paez were formally conferred the title during ceremonies held recently at the Novotel Hotel in Quezon City.

Lotta Sylwander, Unicef Philippine representative, said “goodwill ambassadors are well-known personalities who lend their influence for the wellbeing of children. They’re willing to do their utmost to mobilize support for children.”

She said Curtis and Paez were conferred the title because of their long-standing dedication and drive.

Curtis is the first—and, so far, only—Filipino celebrity to speak out against a legislative proposal to lower the age of criminal liability in the country to 9 years old. She said she felt the need to voice her opinion because she was “alarmed” by the idea of putting very young children in jail.

The actor said she had always supported programs for kids and had been donating to Unicef even before she became involved in its work. “I wanted to give a voice to those who needed a voice. I wanted to make a difference in children’s lives.”

Anne said she continued to educate herself on the condition and needs of Filipino kids so she would be more effective in her efforts to be their voice. “I am hoping that all Filipino children will be healthy and well-educated so they can achieve their full potential.”

Curtis also expressed the hope that her example would encourage her colleagues to lend their support to worthwhile causes.

In other countries, celebrities like George Clooney, Leonardo DiCaprio, Emma Stone, Angelina Jolie and Bruce Springsteen actively campaign for specific causes and contribute to the campaigns of politicians who share their views.

But in the Philippines, most show business personalities have to be paid to endorse campaigns and programs.

Curtis was dismissive of insinuations that she was laying the groundwork for a foray into politics. She said she would not even campaign for any candidate, but would be willing to talk to them about children’s problems. She added that she also refused to endorse products that did not promote the welfare of children. 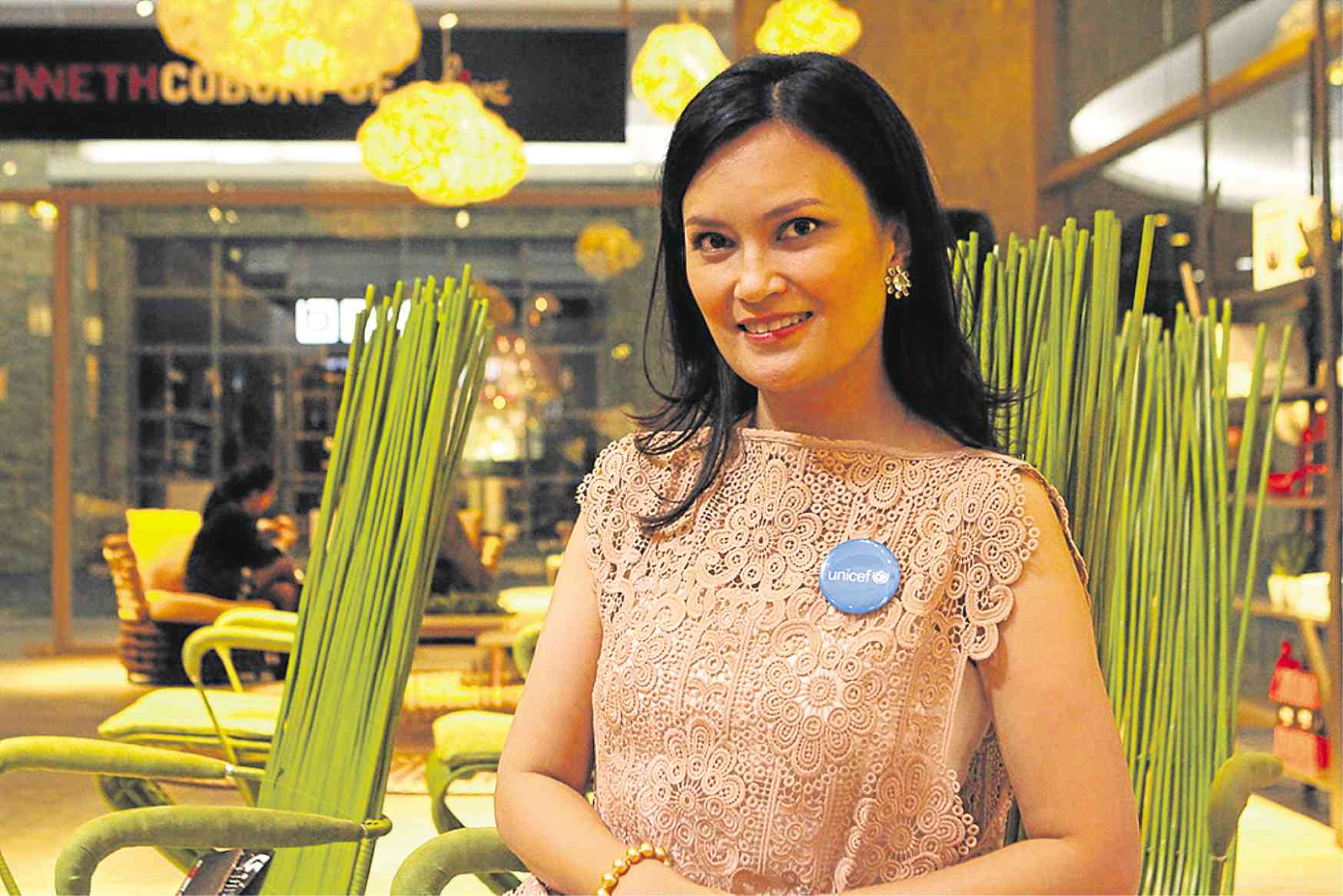 Paez said motherhood made her look more closely into kids’ well-being. Breastfeeding her children, she said, was initially just an act of love, but reading up on the issue, she realized it was “a major intervention that could save a child’s life.”

She was at the forefront of the campaign for the passage of Republic Act 1148, popularly known as the “1,000 days law” that would guarantee that children would get proper care and nutrition during the first 1,000 days of their lives, a critical time for brain development.

Like Curtis, Paez, a TV producer-host and entrepreneur, also made sure that her shows’ sponsors shared her concern for kids.

Both Unicef’s new goodwill ambassadors have organized and continue to organize fund-raising activities to support the international organization’s various projects.

Read Next
Olivia Hussey’s daughter also rises
EDITORS' PICK
Beyond water service: Maynilad builds massive infrastructure projects to clean up Metro Manila waterways
Timeless Elegance in the Philippines’ Most Distinguished Home Kitchens
SM continues to send relief assistance to remote towns in Batangas
Bato on ending VFA with US: ‘I don’t deserve this bargain but it’s not all about me’
Singapore confirms first case of novel coronavirus
Group slams Duterte: Terminate VFA because of sovereignty issues, not because of Bato
MOST READ
Part of Aurora Boulevard in Cubao closed from Jan. 25 – Feb. 1
Duterte to decline invitation to attend US-Asean summit
Sam Heughan on turning 40, new ‘Outlander’ season, playing Paul Newman in film
Duterte threatens to scrap VFA if US doesn’t rectify Bato’s visa cancellation
Don't miss out on the latest news and information.