Two hours after learning that she was nominated for best actress in the 38th edition of the Hong Kong Film Awards (HKFA), Filipino actress Crisel Consunji still couldn’t believe her luck.

It is the first time a homegrown Pinoy performer is nominated for a top acting plum in the former British colony’s version of the Oscars.

Crisel’s impressive feat is made more significant by the fact that she’s nominated in two categories: She’s also up for best new performer.

“I’ve been teaching all afternoon, so it’s only sinking in now,” the 34-year-old actress-educator told Inquirer Entertainment on Tuesday.

Crisel, last seen on the Philippine stage in New Voice’s 2007 adaptation of “Into the Woods,” teaches preschool kids at Baumhaus, where she is head of learning and development.

The actress has been singled out for her portrayal of a nurse-turned-domestic helper in Oliver Chan Siu-kuen’s thoughtfully limned drama, “Still Human,” opposite veteran actor Anthony Wong, who also merited a nod for best actor. 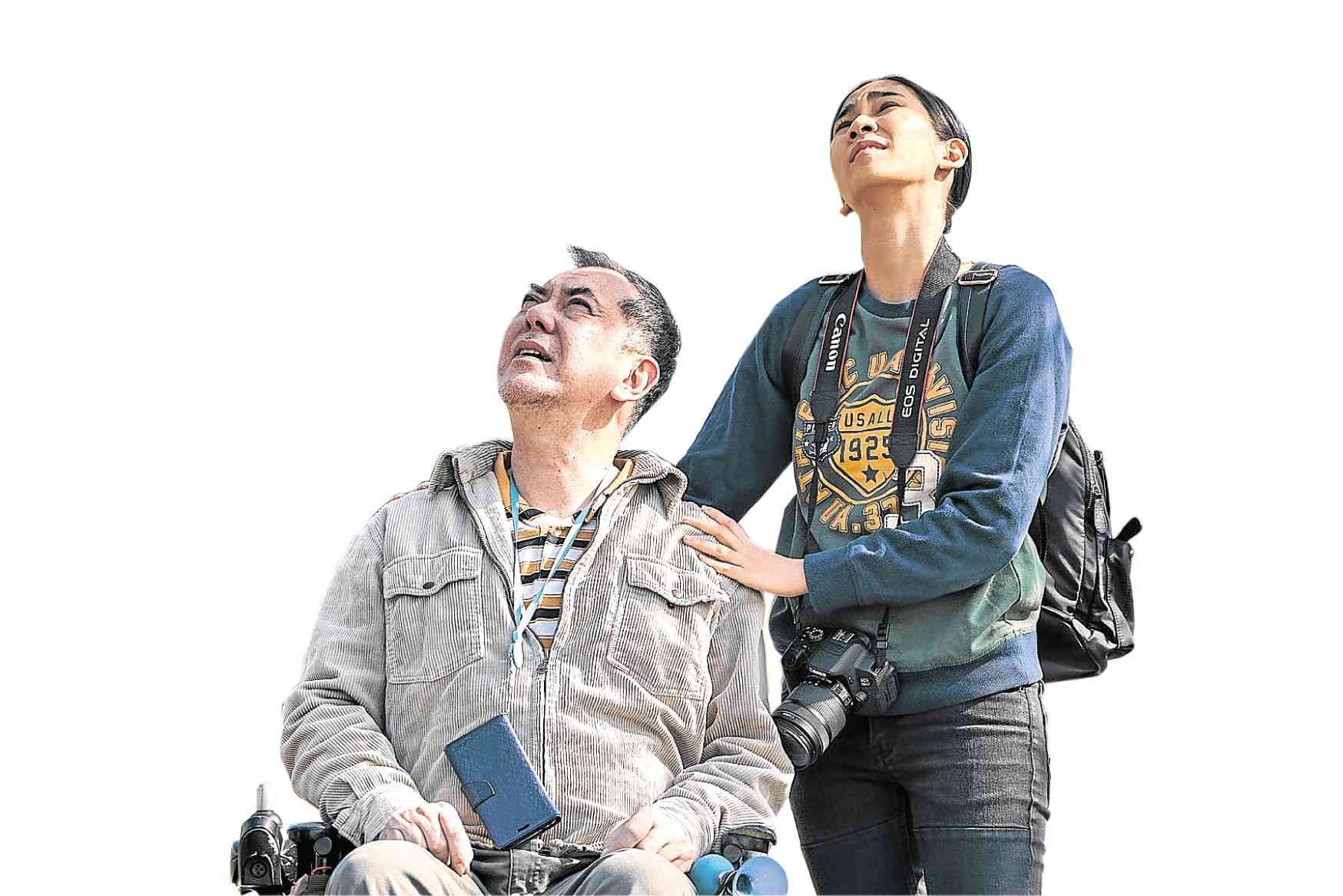 The film is nominated in eight categories, including best film, best director and best new director (for Siu-kuen).

While it is Crisel and Siu-kuen’s first time to get nominated at the HKFA, it is already Anthony’s 12th nomination.

In 2003 alone, he was nominated for his supporting performances in three films (“Infernal Affairs,” “Just One Look” and “Princess D”) and won for the former. He triumphed again in the same category three years later, for “Initial D.”

Anthony also has two best actor awards from the HKFA: In 1994, he won over Jackie Chan (“Crime Story”) for his performance in “The Untold Story.” Five years later, he bested Jackie (“Who Am I?”) again, for “Beast Cops.”

For her part, Crisel says she’s “overwhelmed” by the career-boosting turn of events. “Who knew I’d get this far when I auditioned for the role of Evelyn Santos after answering a casting call on Facebook?” she quipped. “I know it’s just a nomination, but I feel like it’s such a big honor to be recognized for our efforts.”

She says she doesn’t just see the nomination as a personal achievement—she’s only too happy to share the good news with her fellow Filipinos and “Still Human” colleagues.

“I was surprised that I got two nominations. But more than anything, I love the fact that my joy is genuinely shared by so many people,” she told us just before midnight last Tuesday, when we asked what was going through her mind the first time she heard about her feat.

Other trivia about the HKFA: Maggie Cheung and Tony Leung Chiu-wai (“In the Mood for Love”) have both been awarded best actress and actor five times already.

Cecilia Yip, Crisel’s costar in “Still Human,” has three wins (“Let’s Make Laugh” and “This Thing Called Love” for best actress, and “Beyond the Sunset” for best supporting actress).

Chow Yun-fat has the most number of acting nominations (13), with three wins (“A Better Tomorrow,” “City on Fire,” “All About Ah-Long”). Trailing him is Anthony Wong, the lead actor of “Still Human,” with 12 nominations.

What about Jackie Chan? He has the most number of nominations without a win: 10. Well, hope springs for the lithe, fit and limber 64-year-old action superstar, as demonstrated by his gravity-defying stunts in his current starrer “The Knight of Shadows: Between Yin and Yang,” which opened in Philippine theaters last week.

After all, our very own Eddie Garcia is already 89 years old, but that hasn’t stopped him from being productive. Last year alone, he won three best actor awards—for “ML” at Cinemalaya, “Hintayan ng Langit” at QCinema, and “Rainbow’s Sunset” at the Metro Manila Film Festival.

The winners of the 2019 Hong Kong Film Awards will be announced at the Hong Kong Cultural Centre in Tsim Sha Tsui on April 14.

Read Next
Epic cyborg clashes activate ‘Alita’
EDITORS' PICK
Piolo Pascual: The Ultimate Heartthrob continues to level up
Garcia softens stance, meets IATF halfway on swab-upon-arrival policy
Manila is 78th most expensive city in the world for foreign workers
Want to help local farmers? Shop small and eat Real Food
TeaM Energy pushes development programs to help in pandemic rebound
ICC is everything but a court of ‘white people’
MOST READ
Sharon Cuneta on living in the US: ‘Nagagawa ko lahat ng normal na bagay’
Mike Nieto asks fans: ‘No below the belt remarks’ toward South Korea
Duterte-Duterte tandem possible but ‘winnability is another question’ — Binay
Pangilinan says LP making efforts to reach out to Lacson, Isko, others
Don't miss out on the latest news and information.

ICC is everything but a court of ‘white people’

Mike Nieto asks fans: ‘No below the belt remarks’ toward South Korea