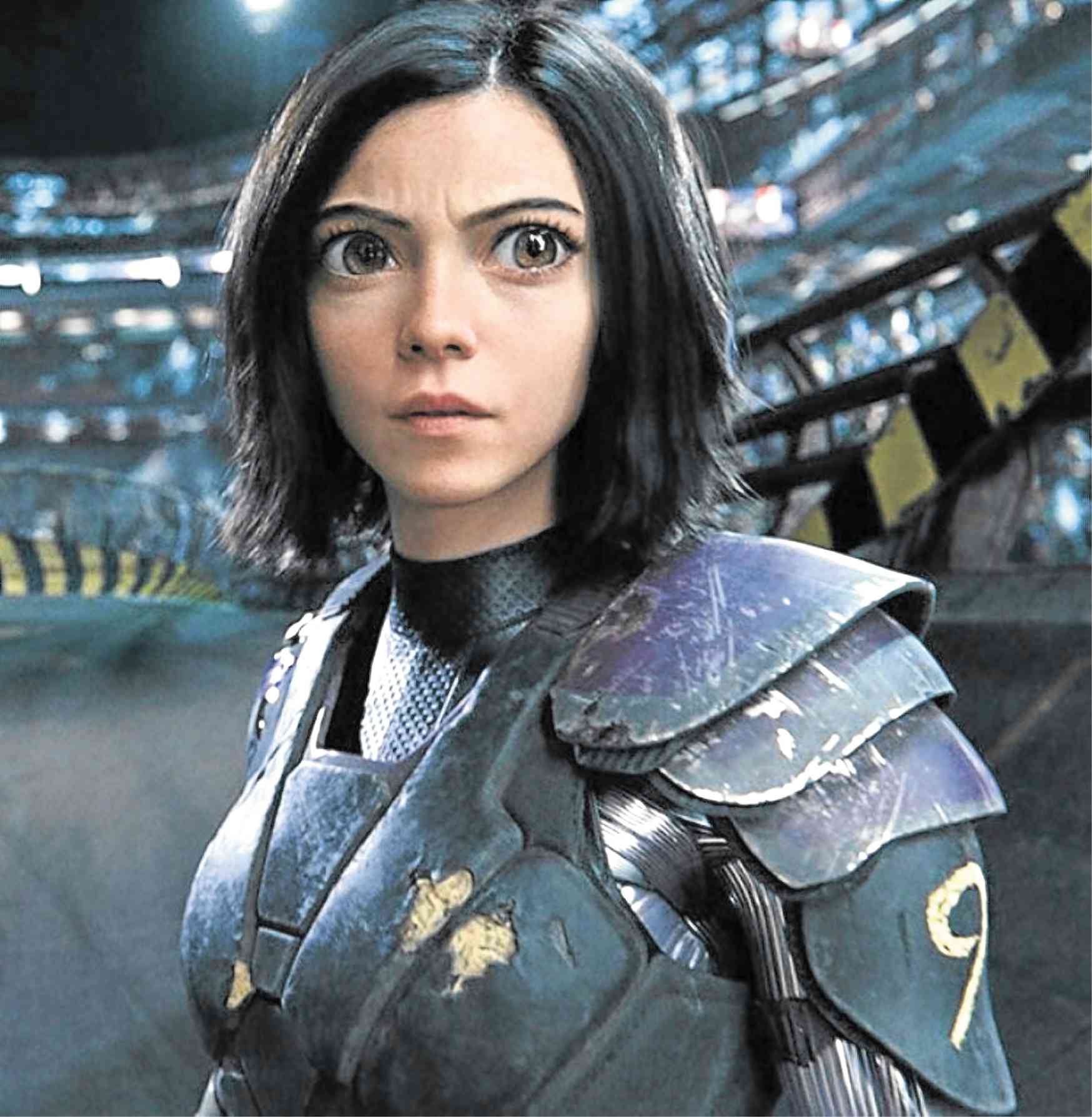 Salvaged by Dr. Ido (Christoph Waltz), the discarded cyborg actually has an intact human brain, and is given a new, functional robot body. Christened “Alita” by the machinesmith, she finds her past a blank slate, and innocently acquaints herself with the simple delights of Iron City.

There, she meets a young man, Hugo (Keean Johnson), who dreams of leaving the patchwork city for the hovering realm of Zalem, an almost-mythic, supposedly utopian land that’s off-limits to the people living below.

And Iron City has its dangerous spots and cutthroat menaces, as Alita discovers. There are sinister cyborgs who roam the streets and go on killing sprees. There are other threats, in the form of the shady entrepreneur Vector (Mahershala Ali) and his cyberdoctor ally Chiren (Jennifer Connelly), who both see the bigger picture.

“Alita” fascinates with its melding of fast-paced action with intricately rendered special effects. Its CGI-enmeshed protagonist and her fellow cyborgs almost seamlessly blend with the relatively authentic sets.

There will always be purists who’ll prefer the source material and scoff at this particular Hollywoodized version. But the film, while it treads familiar, almost cliché-ridden territory, manages to be epic and bombastic, while offering an underdog—one who’s more underestimated than usual—to unabashedly root for.

Salazar, who weirdly sports bigger eyes for a more anime-inspired look, does a superb job in making Alita a “real,” relatable person, aside from performing her movements via motion-capture technology. And while the romance angle gets iffy and contrived from time to time, her costar Johnson makes a fine potential heartbreaker, his character a charming dreamboat who shares sparks with Salazar’s smitten and unmistakably human “freak.”