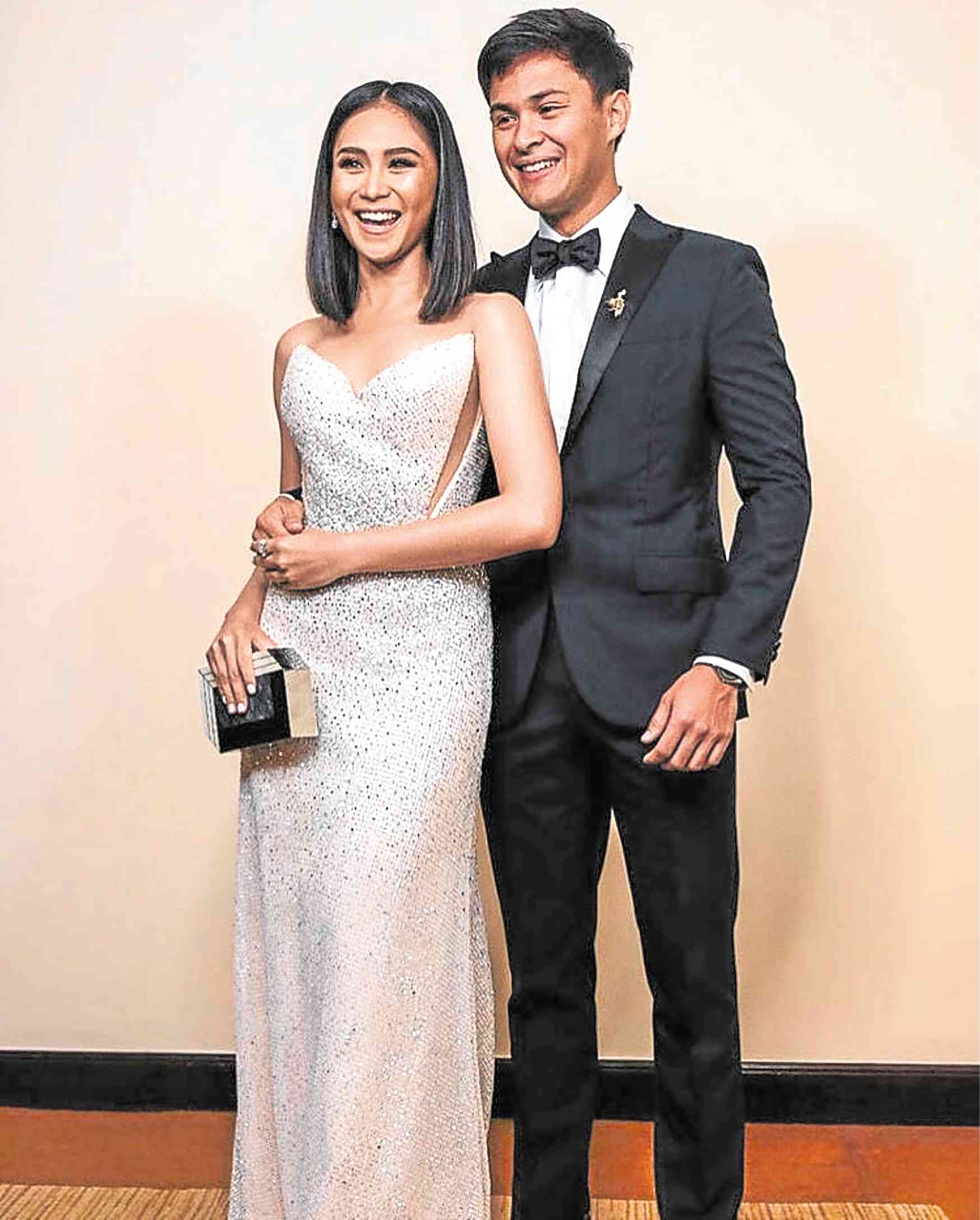 Having been in a relationship with Sarah Geronimo for more than five years now, Matteo Guidicelli said that settling down is the “long-term goal.”

“Hopefully, one day. We will see … we will see,” the actor-singer told reporters at his recent contract signing with Viva Entertainment, which also manages Sarah’s show biz career. “The relationship has matured and is still maturing.”

Things aren’t exactly perfect and they will never be, he admitted. But what’s important is that they continue to learn “so much from each other.”

“Sarah has grown to become a strong, independent woman,” said Matteo, who described the pop star as a “very kind” person.

“She’s the simplest person you will ever meet. She’s very honest, too. If she doesn’t like something, she will say it. But she’s kind to everyone,” he said.

Just like their relationship, they themselves aren’t perfect. But through the years, Matteo has learned to embrace Sarah’s flaws as much as her strengths.

“Her negative side, I have also learned to love. But that’s what makes her interesting,” he said.

When told that Sarah doesn’t look like she knows how to get angry, Matteo quipped: “Marunong din! Biro lang!”

Sarah was recently spotted wearing what looked like a diamond ring, which had fans speculating whether or not she and Matteo were already engaged. Was it he who gave Sarah the ring? “No, no, no,” he said, “It’s too small!”

Matteo is also one of Sarah’s biggest fans. And he couldn’t be prouder when she performed at a recent papal event in Abu Dhabi at the United Arab Emirates. The show took place after Pope Francis’ historic mass at Zayed Sports City Stadium.

Sarah sang seven songs—including “The Prayer”—before a crowd of around 130,000 people.

“One of the songs had Italian lyrics, so she actually asked my father for help regarding translation and pronunciation,” he said. “My uncle in Italy also called me up, and said the Vatican TV showed her performance; that she was described as a very successful Filipino artist.”

Quality time for the couple is usually no frills—a nice dinner out, “enjoying our moments together.” Lately, however, it seems that Matteo’s love for sports has also bled into Sarah, who recently tried motorbiking for the first time.

“She likes the adventure, too. Maybe we will try skydiving someday. But I don’t think she’s ready yet—she’s scared!” he said.

As for the direction he wants to take as he moves forward with his career, Matteo said he would love to focus more on music. “Hopefully, I get to record and do more concerts,” said the actor, who looks up to such singers as Martin Nievera, Bamboo and Rico J. Puno. “I’m more into pop-rock and ballads.”

If he were to star in a new movie, Matteo wants it to be action-filled. “My dream role is Tarzan. I love adventure … and jumping off things!” he said. And the loincloth costume? “No problem!”