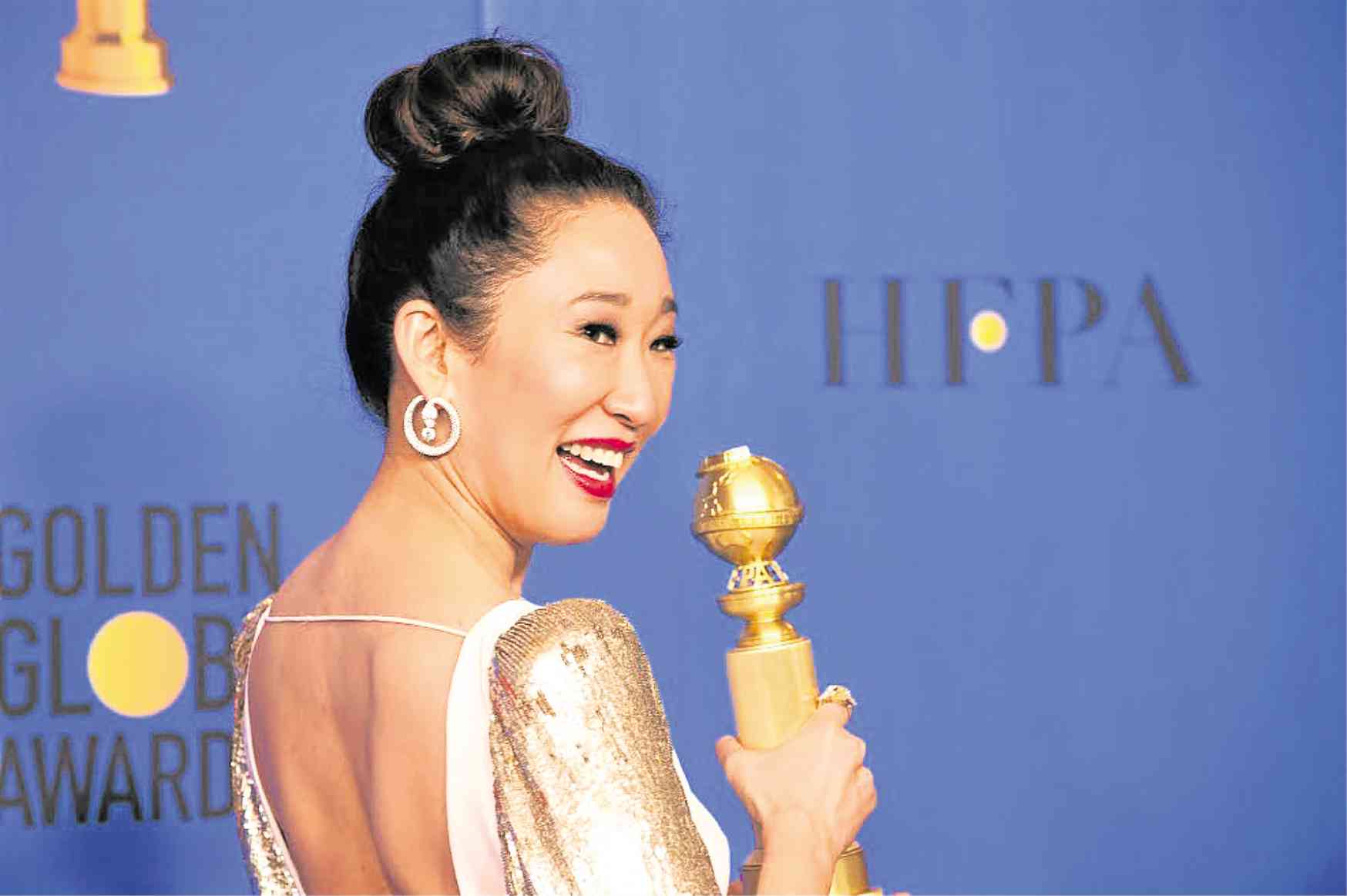 LOS ANGELES—“I will remember that night. Forever,” Sandra Oh said about the recent Golden Globe Awards, where she won the best actress in a TV series-drama honors for “Killing Eve.” She notched a couple of historic firsts.

The Ontario, Canada native became the first actress of Asian descent to win two Golden Globes. The first one was for “Grey’s Anatomy,” for which she snagged the best supporting actress in a series, miniseries or TV movie trophy in 2006. Sandra also made history as the first woman of color to cohost the Globes.

But on that night in January inside The Beverly Hilton’s International Ballroom, Sandra—being the cohost with Andy Samberg—admitted that she was thinking of more mundane matters. With her trademark frizzy hair in a bun, the bespectacled actress, in a dark blue pantsuit and boots, and hoop earrings, was an engaging, ruminative interviewee. She often paused for a few seconds, considering her answers before she blurted them out.

“I was just trying to remember the next bit because I was focused so much on hosting,” Sandra said. “It was great actually because being so focused on the hosting, I wasn’t thinking or nervous about my own category. I remember being backstage and I have my script there. I was, what’s the next bit? Then, one of the ads goes, OK, you have to come and stand here. I was, oh, OK.”

“Then I stood backstage. It was Megan Mullally who said my name. I was, oh, I have to walk onstage. I had not prepared anything. I was like, oh, what am I going to say? I was thinking of what the next bit of the show was going to be. But it was such a thrill. As you now, I brought my parents. I could see them sitting, and it just meant so much to me to be able to acknowledge them and thank them in that way.”

Indeed, many eyes in the ballroom shifted toward Sandra’s beaming immigrant parents from Korea—Jon-soo, a businessman, and Young-nam, a biochemist.

Sandra, who was only the second Asian to win the Golden Globe best actress in a TV series-drama trophy (Yoko Shimada was the first, for “Shogun” in 1981), said, “That night was special for many reasons, and mostly because the ‘Crazy Rich Asians’ people were in the room. I could feel them and their support. There was a real posse of Asian-Americans and Asians in the room and that felt different for me. It felt very significant.” 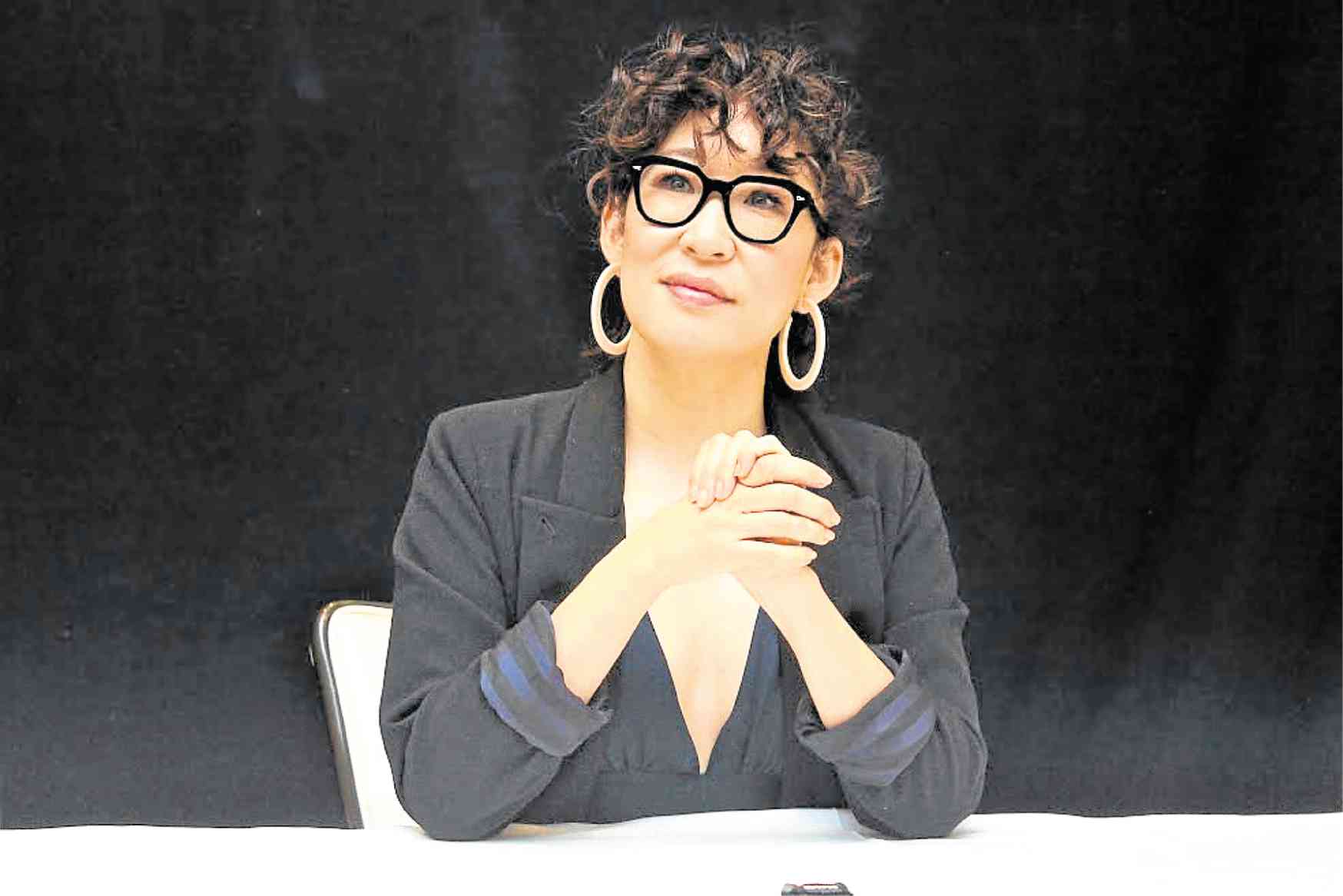 “I was so pleased to be asked to cohost the Golden Globes. Being the first person of color to host the Globes, I knew that’s significant. Again, you put that thought in your back pocket because I can’t worry about it. All I’m worried about is hitting the jokes. But I absolutely knew that I had to be ready to hit it out of the park, because we get one shot. Hopefully, this shot will then lead to other people getting shots. I feel very aware of the significance of it.”

On Sandra’s previous quote that it took 30 years for her to land a role as meaty as the one in “Killing Eve,” she elaborated, “It takes an entire career to get to the point where you can get this type of offer. It’s been a great career. I cannot thank the Golden Globes enough because it (the award) helps to make me see that I actually have a career. It really heightened it because it helped me put things in context. So it’s like, I’ve been working for a long time. I really felt people’s support tremendously the past month.”

“It’s not an end, it’s a moment, but I know that it’s real. In the third decade of doing this work, I can just see that reflected in the people I’m talking to and also in the response to my own career.”

On Asian-American talents unifying to further increase the visibility and clout of minorities in Hollywood, the actress said, “African-Americans have borne the brunt of the burden to pave the way. Other communities need to find a way that is uniquely their own. The Asian-American community covers a tremendous amount of cultures that are not necessarily a similar unified experience as in the African-American community. I would imagine it’s the same in the Latin community. It’s not just one experience. People are coming from different cultures.”

“Language is a challenge within the Asian-American community, because you have different languages. The next big step for us is trying to find an authentic, unified voice that somehow gives space for all the separate and unique cultures within that voice. We need to do our work in finding what that is. I don’t have an answer for that, but it’s breaking up that one banner.”

She added, “With the members of the Asian-American community … I don’t remember after what event it was. Everybody just ended up at Jon Chu’s house, and we ate burgers. That’s a way that support happens. Everyone is already fully into his or her career, but the community and the closeness give a type of support that you can’t even name.”

Starting in her teens in Canada, Sandra worked her way up from TV and commercials. Her move to the United States led to breakout roles, after a long journey and struggles, in “Sideways,” the surprise critical and commercial hit directed by Alexander Payne (ironically, they divorced after that film) and “Grey’s Anatomy,” where her surgical intern character, Cristina Yang, made an impact on viewers.

Asked how she responds to women and aspiring actors of color who walk up to her for advice, Sandra answered, “I will be approached on the street. I’ll be approached in a restaurant and someone will specifically ask me, ‘How do I do that?’ I will give them the best and most supportive answer I can.”

“It’s a mystery,” Sandra broke into a full-throated laughter when asked about the seeming mutual fascination between her Eve Polastri part, a British intelligence agent, and her quarry, a psychopathic assassin (Jodie Comer, also brilliant), in “Killing Eve.” 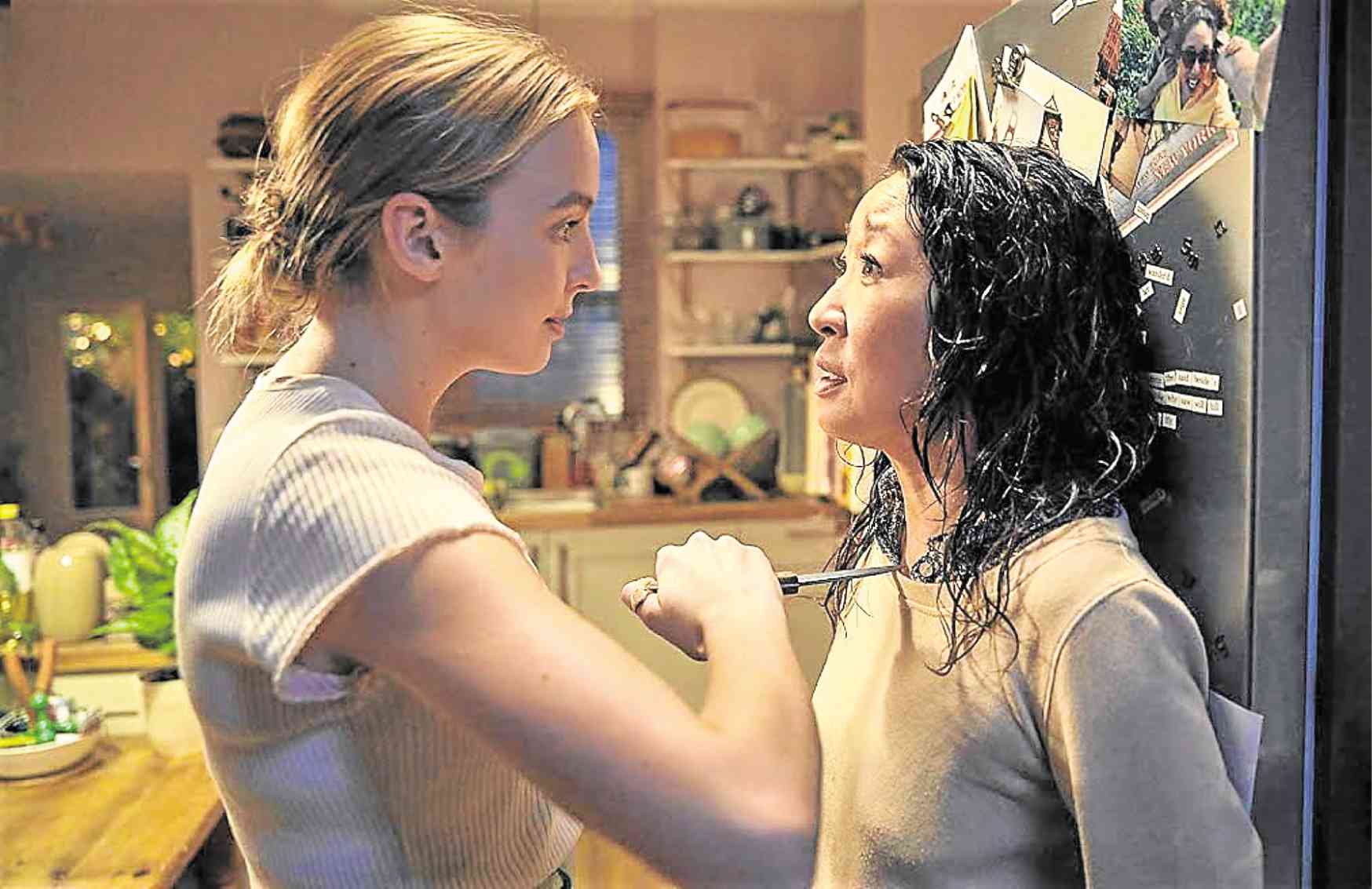 As to what to expect in Season 2, Sandra shared, “I can just tell you—it goes dark. I would say definitely for Eve’s character, because she does have the weight of having crossed a certain line. She will cross a bunch of other lines, honestly (laughs). And she doesn’t know how to come back to her life in what she remembers it to be. I do feel that it’s safe to say that her relationship and her marriage to Niko (Owen McDonnell) is threatened. It really is. And you’ll see them move through the season trying to keep communicating, and hanging onto each other.”

“It’s hard,” Sandra pointed out about coming home after a day of filming the BBC America series. “I’m not the type of actor who can do something, then leave it. It’s not the way that I’m built. So, I find it very difficult, too. Because in the best of ways, Eve is just pushed to all the limits in this series, this season. And I felt that way, as well.”