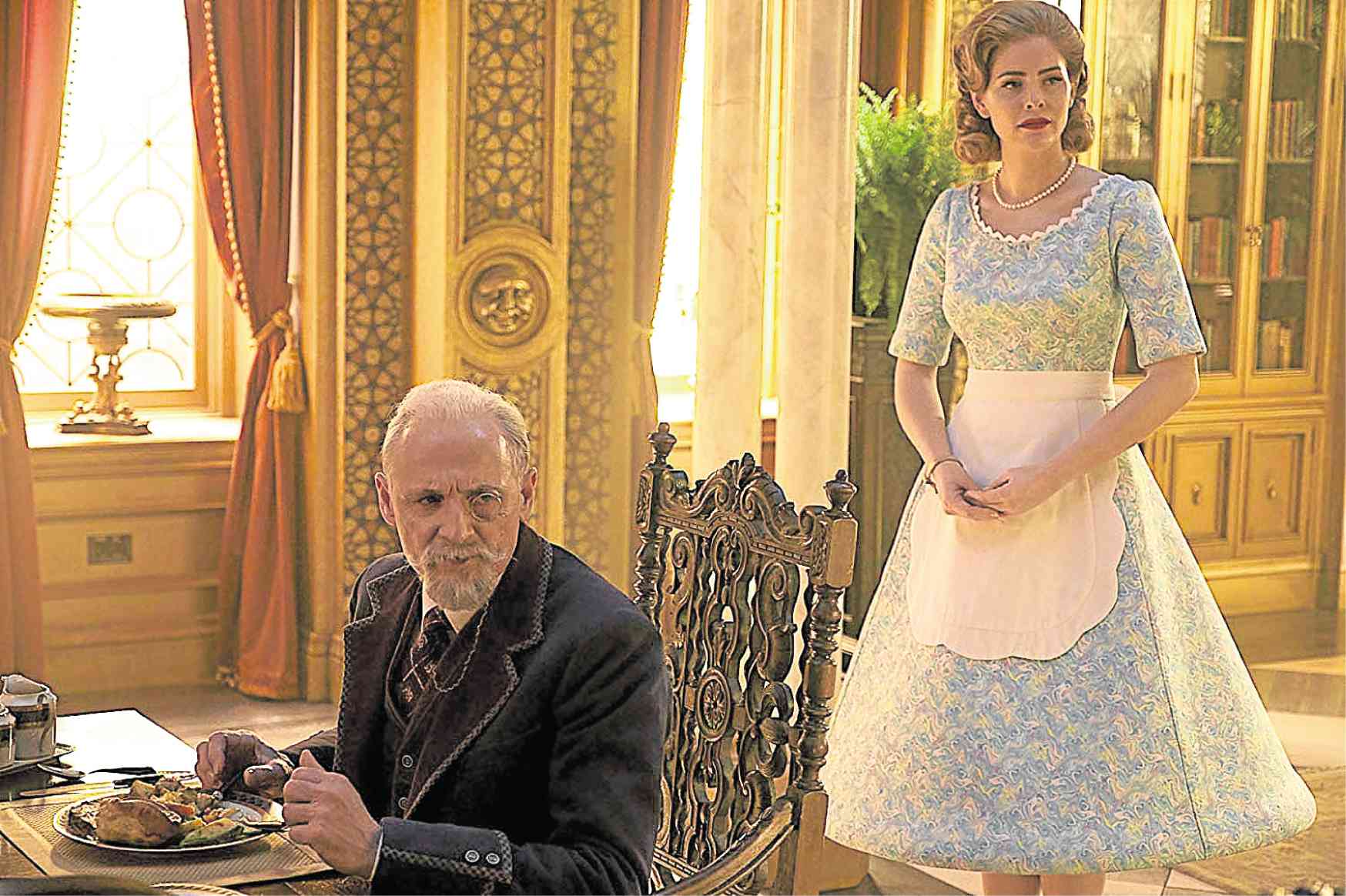 You can choose your friends, but not your family. This inevitably comes to mind as you watch the story of “The Umbrella Academy,” which premieres on Netflix tomorrow, unfold with increasing urgency and pertinence.

But their adoptive father, Sir Reginald Hargreeves (Colm Feore), may know an explanation or two about the mind-boggling occurrence on Oct. 1, 1989, when 43 unrelated women around the world gave birth to babies who weren’t born out of any form of sexual activity.

The eccentric billionaire resolved to locate as many of the children as possible, and managed to adopt seven of them.

Except for the frail and self-effacing Vanya, the kids all grew up developing superpowers but, like Sir Reginald’s subservient wife, Grace (Jordan Claire Robbins), they’re treated like automatons expected to march to the beat of their emotionally distant dad’s drum.

Estranged siblings reunite to pay tribute to their father.

Comic book nerds know the septet by their superhero monikers: Luther is Spaceboy (he has superstrength), Diego is The Kraken (he’s a gifted knife-thrower), movie star Allison is The Rumor (she can manipulate reality), drug addict Klaus is The Séance (he has telekinesis and can communicate with the dead), Number Five is The Boy (he’s a time-traveler), Ben is The Horror (he can manifest monsters from different dimensions), and Vanya is The White Violin (she’s the one with “unrealized potential”).

Formed by Sir Reginald to stand against an impending reign of evil, the team, who disbanded shortly after Ben’s untimely demise, grudgingly comes together when their father succumbs to heart failure.

Klaus’ unique power gives him “access” to his dead brother, Ben, who shows his displeasure every time Klaus makes wrong decisions or slides back into his habit-forming vice.

The siblings’ reunion becomes more eventful when time-skipping Number Five, who’s been stuck in a postapocalyptic future for more than 16 Earth years, returns home bearing scary news: The world is about to end in eight days—unless the heretofore members of the Umbrella Academy reunite.

They must put a stop to the history-hopping villainess called The Handler (Kate Walsh) and the mysterious bosses she serves at The Commission! 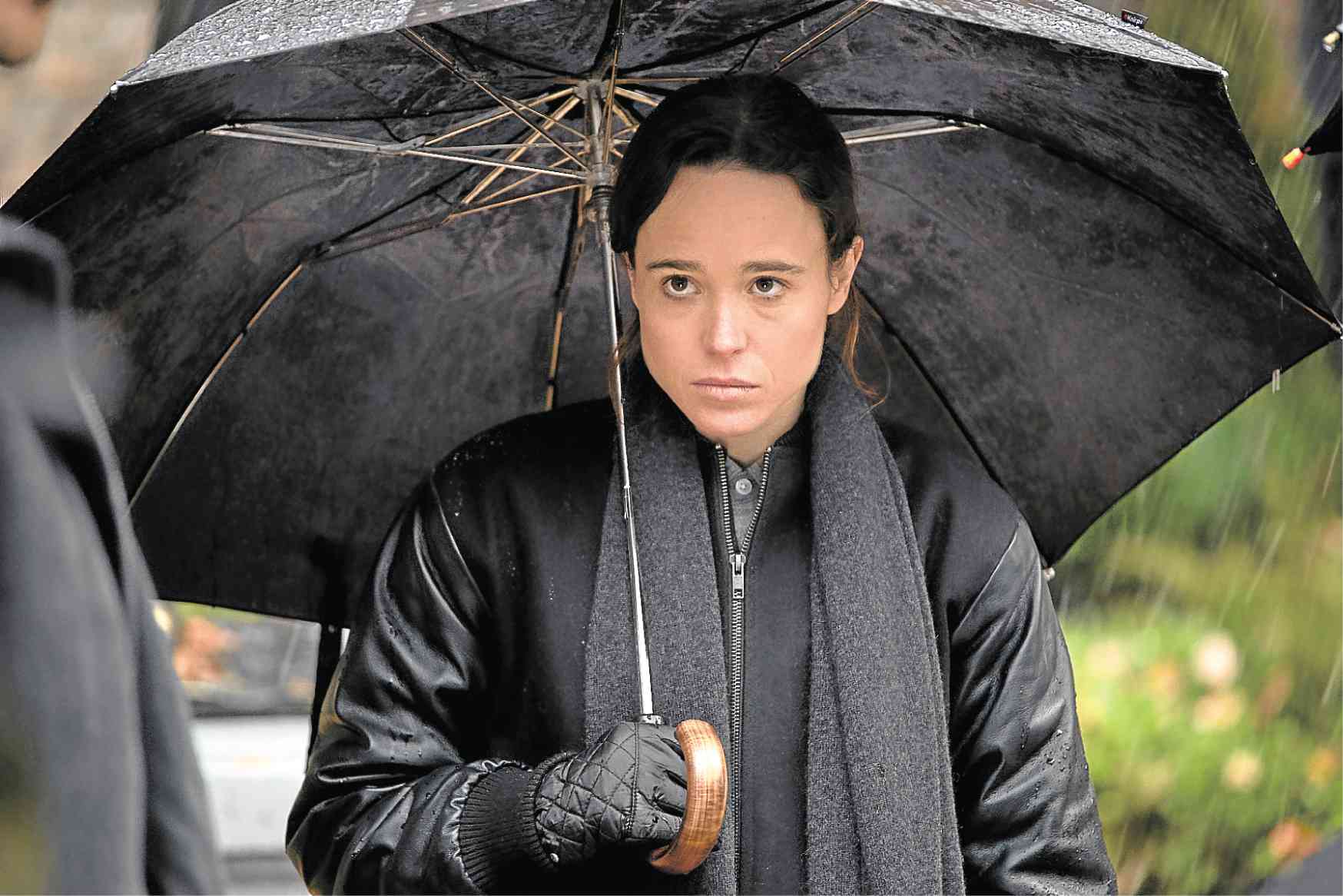 Ellen Page as Vanya Hargreeves aka the White Violin

Hot on the heels of Number Five are ruthless assassins, Cha-Cha (Mary J. Blige) and her “more sensitive” partner Hazel (Cameron Britton), who are tasked to retrieve a gadget that is in Number Five’s possession and rehabilitate a deadly breach in the time continuum.

Each seeking the affection of a man incapable of loving, the surviving Hargreeves take Vanya to task for writing a tell-all novel about her “emotionally stunted” siblings, disclosing along the way the “damaged upbringing that shaped the flawed members” of this dysfunctional family of superheroes.

Providing Vanya comfort and support is her love interest, Leonard (John Magaro)—who seems to know a little more about the history of her family than most people.

The series proficiently juggles its dark and frothy bits, making viewers rally behind siblings who love one another despite their distressing imperfections and annoying proclivities. It then brings themes about family and duty at the forefront of “Umbrella Academy’s” narrative gist.

The series isn’t just about doom and gloom, however—its appealing actors are complemented by their thespic reliability. When Vanya and Allison aren’t fighting over the latter’s increasing suspicion against too-good-to-be-true Leonard, you’ll see them grooving to Tiffany’s “I Think We’re Alone Now” (Episode 1) with the rest of their brothers.

In Episode 4, Cha-Cha and Hazel skip and sway before they execute an order from The Handler, while in Episode 6, Allison and Luther dance to the irrepressible patter of Toploader’s “Dancing in the Moonlight” as they mull over a “bittersweet” complication in their already messy lives.

Crucial scene in “The Umbrella Academy”

Our attention is also drawn to the constant but foreboding progression of Vanya’s storyline (no spoilers here).

Our other favorite scenes: Diego’s moving reaction when he finds out about the secret their perpetually cheerful mother is keeping (Episode 3), the series’ explanation why Klaus ends up as “troubled” as he is (Episode 4) and how he runs into the love of his life during a time-skipping mishap that transports him to the Vietnam War in the ’60s (Episode 6), how Luther deals with a broken heart (Episode 8), and how Ben manages to save Klaus and Diego from imminent harm (Episode 10).

When Episode 9 finally kicks in, just in time for the last of the Hargreeves patriarch’s secrets to come to light, you’ll find yourself on the edge of your seat—and wishing that Season 2 of “The Umbrella Academy” would come sooner than later!