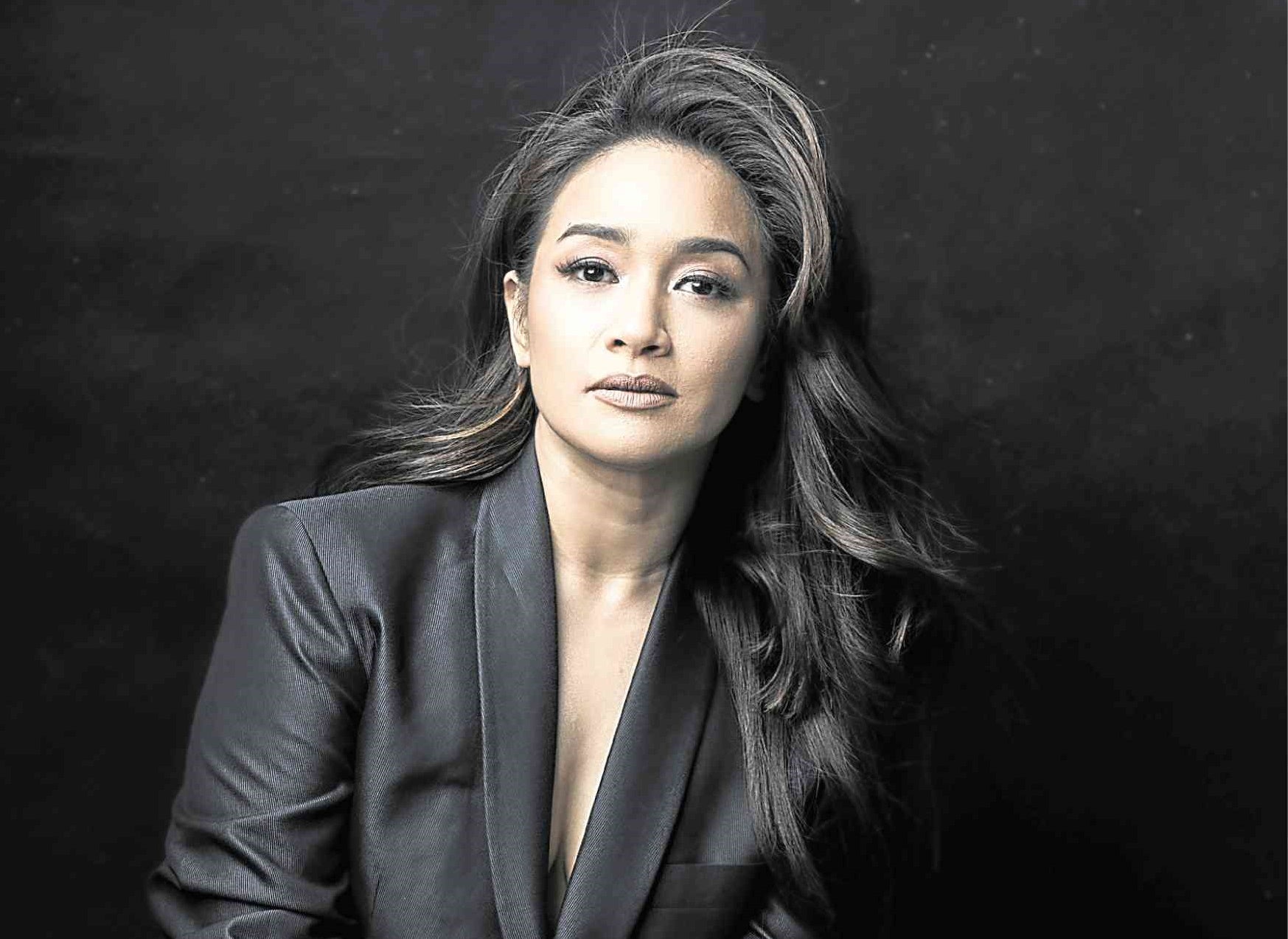 Ampil shares that people are now treating her well.

After delivering an award-winning performance in the 2017 movie musical “Ang Larawan,” acclaimed singer-actress Joanna Ampil, who has made theater her playground for most of her life, is now open to pursuing a career in local show biz—both on television and the movies.

“I have been hearing different things about it (working in the industry)—negative and positive. But I want to experience it for myself. The hours are long, but I know that, anyway. So, I have already programmed my mind for it,” she said in a recent pocket interview for the upcoming Valentine’s Day concert, “Silver Lining.”

While she’s a celebrated figure in the theater world and has landed coveted roles in such musicals as “Miss Saigon,” “Jesus Christ Superstar” and “Les Misérables” in London’s West End, Joanna admitted that she isn’t exactly a household name in the local biz.

That changed after “Ang Larawan,” which won for her Best Actress awards at the 2017 Metro Manila Film Festival and the 2018 Gawad Urian.

“Nobody really knew me. But there’s so much love I’m feeling right now compared to before. And people are treating me very well,” said Joanna, who has been getting more acting offers recently.
“You know, these days, it’s all about the young ones. I didn’t really expect these opportunities,” she added.

She will be part of the coming third installment of the popular film series, “Ang Babae sa Septic Tank”—Joanna’s first foray into comedy.

“It’s something I have never done before, but I’m always up for new and different things,” she related. “How does one become funny? I think you just have to trust the text. Just do it and deliver your lines, and it’s up to the audience to decide whether or not the situation is funny.”

Joanna has been enjoying the experience thus far, she said, but there’s also pressure that comes with the trophies she had collected in the past year.

“But that’s just natural. Understandably so, people will be expecting more from you,” pointed out the seasoned actress, who’s also interested in doing soaps.

In “Silver Lining,” which is set on Feb. 14 at the Globe Auditorium at the BGC Arts Center (call 891-9999), Joanna will share the stage with tenor and stage actor Arman Ferrer and former The Company member Reuben Laurente, who’s now an established act on cruise ships.

“There’s always intense pressure when I do solo shows. So it’s fun for me this time around, because I share the load with these artists. We will be performing an equal number of songs,” she said.

Joining the three singers are the UP Singing Ambassadors, which won the top prize at last year’s Concorso Polifonico Internazionale Guido d’Arezzo in Italy.

Because all of them have a theater background, the repertoire, as expected, includes songs from musicals, including “Saigon,” “Les Miz,” “Cats” and “Waitress.”

There will be movie themes and timeless Filipino love ballads, too. But to spice things up, Joanna said there will also be a smattering of contemporary pop songs.

“I’m quite in touch with new music, mostly because of my teenage nieces who introduce me to songs by Katy Perry, Dua Lipa, etc. And I find them nice,” related Joanna, who’s currently based in the Philippines. “As an artist, I make sure I’m able to take on different genres of music.”

One song she’s excited to perform, meanwhile, is “Hindi Magbabago” by Randy Santiago. “This is still home—that won’t change. That’s what the song means, for me at least,” Joanna said. “I’m still the same person—I just grew as an artist. I will always know my roots.”

Read Next
Janine Gutierrez still affected by romantic gestures
EDITORS' PICK
SM continues to send relief assistance to remote towns in Batangas
Batangas execs, Taal evacuees thank House; hopeful on rehab efforts
‘A greener, cleaner tomorrow’: A how-to guide for Filipinos who want to help with today’s energy crisis
5 years after Mamasapano, son of fallen SAF 44 trooper remembers his ‘idol’
Get exciting deals and discounts when you download the new McDonald’s App
PAL: Passengers with flights to parts of China may request for refund, rebooking
MOST READ
Dina Bonnevie on Coney Reyes: We have forgiven each other
Taal’s sulfur dioxide emission increases
No time for revelry; Tagaytay instead plans for alert level 5
Megan Young, Mikael Daez get married
Don't miss out on the latest news and information.