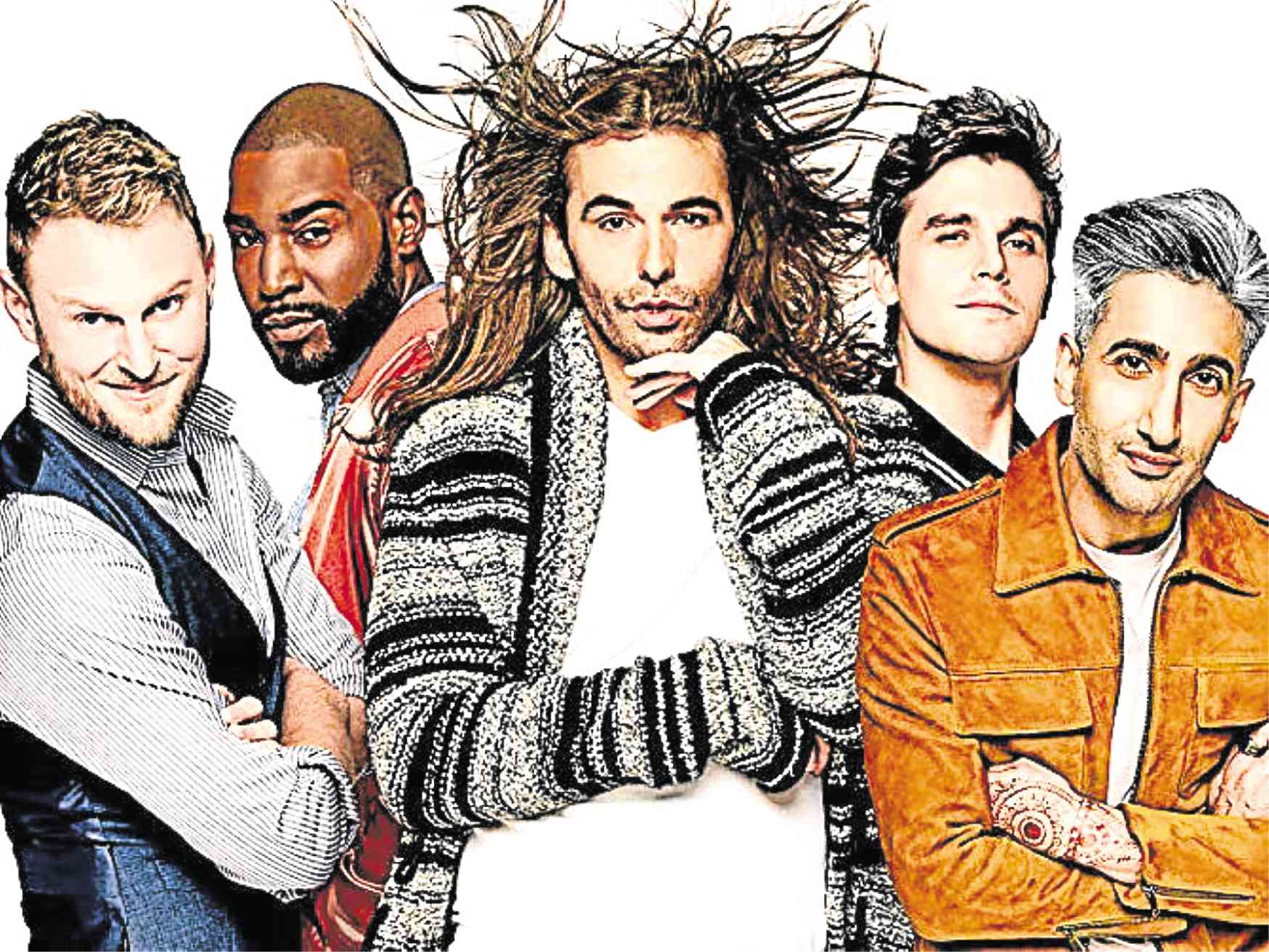 Over the course of my recovery and recuperation, I’ve had the time to start binge-watching a lot of shows that I’ve only heard about from my friends—documentaries, Korean dramas (thanks to my mom, who loves them), and other series and films that I’ve placed on a “must-watch” list.

However, there was one series that, once I started, became impossible to stop. This is the Emmy-winning “Queer Eye” on Netflix.

Someone would be nominated for one of their major makeovers that would last around a week and, by the end, they’re an elevated version of their former selves.

This is a new Fab 5 for a new generation. Bobby Berk (interior design), Antoni Porowski (food and wine), Karamo Brown (culture), Tan France (fashion) and Jonathan Van Ness (grooming) have come together to guide many men (and one woman) toward a new look and a new life.

If there’s something I’ve noticed about this new “Queer Eye,” though—yes, the makeovers are still incredible with stepped-up fashion, cooking skills, impeccable grooming, fantastic homes and internal transformations—but it’s not always the client who needs help. The Fab 5 have their own stories and transformations, too.

One client was a gay man who hadn’t yet come out to his stepmother, and Karamo found this situation relatable. Another was an older lady who was preparing for her church’s homecoming with her gay son hesitant to attend, and Bobby was then talking about his own experiences with organized religion and his being shunned for being gay.

Another is an 18-year-old needing “life skills” help as he’s heading to college and will be away from home for the first time. So many stories, all of them touching and interesting.

There was one story in particular that piqued my interest though, as this was something unexpected and eye-opening.

At the beginning of the episode, a young trans man named Skyler is in the operating room having top surgery to have his breasts removed. The Fab 5 are in their living room watching the surgery’s footage.

One striking moment that hit the boys was when Skyler, still groggy from the anesthesia, took a look down at his new chest. There was relief and joy, even in those sleepy, sedated eyes.

The show was as much a showcase of Skyler’s transformation into a trans man, finally comfortable in his own skin as it was illumination for Tan getting his questions about trans folks answered. Tan owned up to his own ignorance when it came to trans people, admitting that up until that point, he has never met one.

There was an admission that just being gay doesn’t mean an immediate understanding of the plight of all gay people. There are many individual stories of coming out, acceptance and rejection, leaving one’s blood family and being embraced by a found one, and coming into one’s own with style and grace.

One of Skyler’s idols is an actor and singer named Todrick Hall, and one lovely touch was when Todrick himself made an appearance in the show, which sent Skyler totally freaking out.

The one lesson I’m taking away from watching “Queer Eye” is how the Fab 5 focus on what all human beings have in common, rather than on what separates us. They focus on humanity, elevation and acceptance rather than tolerance.

One scene in a different episode had Karamo, an African-American homosexual, driving his client Cory, a Caucasian police officer.

They talked about the tensions between the black community and police officers, and both agreed that if everyone could have a conversation like the one they had while on that drive, everyone might reach peace and harmony.

At the start, there are five fabulous gay men who enter the lives of their clients for a makeover, and by the end, everyone’s lives, assumptions, ways of thinking and confidence levels have changed for the better.

And, each episode makes the audience cry by the end.

Every member of the Fab 5 is handsome, intelligent and experts in their fields. But they also bring their hearts and humor with them into their sessions with the people they’re tasked to help, which enables those clients to open their hearts, as well.

The transformations aren’t only external, but mental and emotional, which is incredibly cathartic for those of us watching at home.

They don’t only look fantastic, but have embarked on a new way of thinking as a jumping-off point for their ongoing journeys.