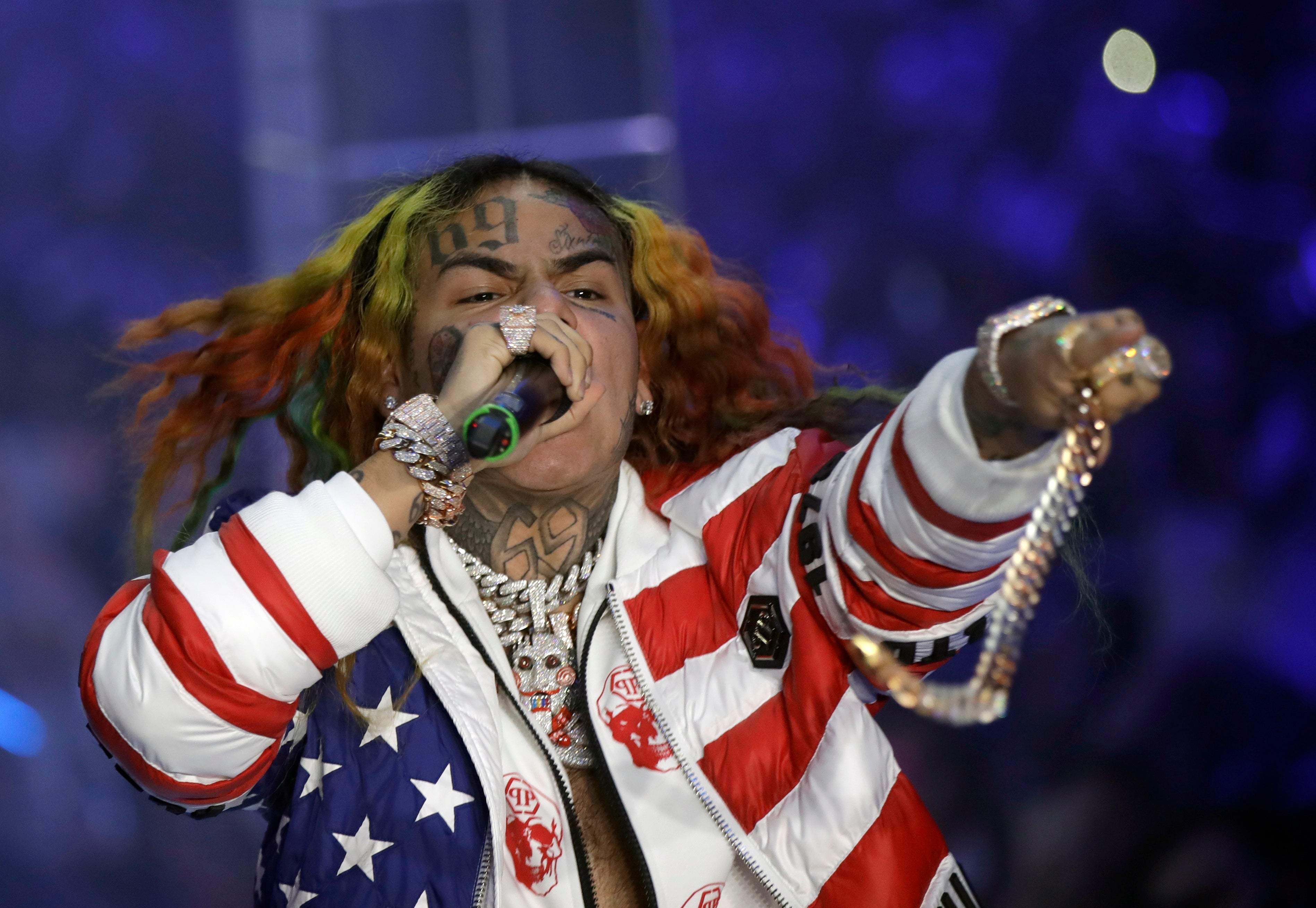 The plea was entered last week by the 22-year-old rapper, whose legal name is Daniel Hernandez. Information about it was unsealed Friday in Manhattan federal court.

Known almost as much for his tattooed, rainbow-haired look as for his music, 6ix9ine was a social media phenomenon before becoming an ascendant name in hip-hop.

He has 15.5 million followers on Instagram. His album Day69: Graduation Day was among the top-sellers on iTunes following its February release.

6ix9ine had a multiplatinum hit song, “Fefe,” with Nicki Minaj, which peaked at No. 3 on the pop charts, and “Stoopid,” featuring the incarcerated rapper Bobby Shmurda.

But he also seemed intent on ruining his prospects for runaway, entertainment world success. He publicly identified himself as a member of a street gang. He pleaded guilty in Brooklyn to disorderly conduct in connection with a May traffic stop. In 2015, he was sentenced to probation for appearing in a video in which a 13-year-old girl performed a sex act on another man.

During the plea, 6ix9ine said he joined the Nine Trey Blood Gang in fall 2017 and helped gang members try to kill a rival last March.

“I did this to maintain or increase my own standing in Nine Trey,” he told Judge Paul A. Engelmayer. He said he also “knew that another member of Nine Trey had a gun and discharged that gun.”

The rapper said he also helped other gang members rob people at gunpoint as part of a pledge by new gang members to commit at least two crimes.

Last June 2, he said, he “paid a person to shoot at a rival member of Nine Trey to scare him.” That shooting, he added, occurred in Manhattan. 6ix9ine said he also was paid for participating in the sale of a kilogram of cocaine in 2017.

“I apologize to the court, to anyone who was hurt, to my family, friends and fans for what I have done and who I have let down,” 6ix9ine said.

With his deal with prosecutors, 6ix9ine can gain leniency at sentencing from an otherwise mandatory minimum 47 years in prison if he admits to all crimes and testifies truthfully. Sentencing was set for Jan. 23, 2020.

“In the very beginning of the case when we found out that my client’s security was at risk because of threats by his co-defendants, we have done everything to protect himself and his family,” she said, adding that those efforts continue.

6ix9ine is being housed in a federal prison, though the location of the institution is undisclosed.

“He has to be separated from the people who threatened him,” Florio said.

She said he is receiving mail from fans.

“All his fans love him and Danny loves all his fans. He loves hearing from his fans,” she said. “For security reasons, he’s not responding to them at this point.”