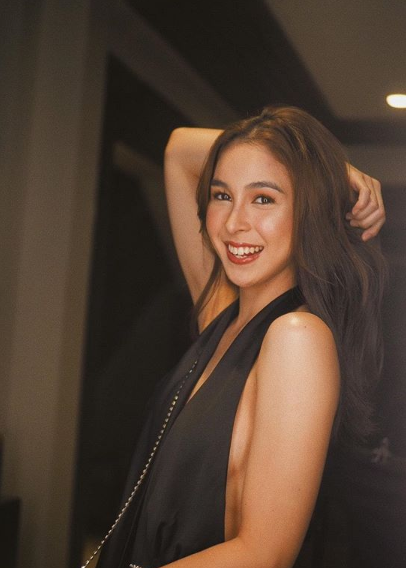 Julia Barretto is making one thing clear: She does not mind being named “Queen of the Flat-Chested Community.”

The Kapamilya actress, who previously went candid why she prefers wearing nipple tape over a bra, was comfortable with the idea after a netizen labeled her as such on Twitter Thursday.

Barretto, likewise, was flattered by what the netizen said and even quoted her tweet. “You may call me that,” the actress said.

You may call me that https://t.co/QHQklwU4EG

And other netizens rallied behind her for believing her truth, such as mamita (@Marasigancarol4). “Napaka honest mung bata kaya proud ako sayo nak (You are very honest, and I’m proud of you, child),” the netizen told Barretto as if she was her own child.

Ryzza Ismaylova (@Ryzza_Ismaylova), meanwhile, admired the actress for her bravery and self-acceptance.

I love your bravery and self acceptance @BarrettoJulia

And Kim Roy (@leahkimroy) told the actress that being flat-chested is okay, since she considers her a winner when it comes to face, career and love life.

Previously, Barretto even shared a photo of herself holding 100 pieces of nipple tape, joking that it could hold better than a bra.

Be loud and proud of your truth, Julia!  /ra