Julia Barretto on why she doesn’t wear bra: ‘Walang kakapitan’ 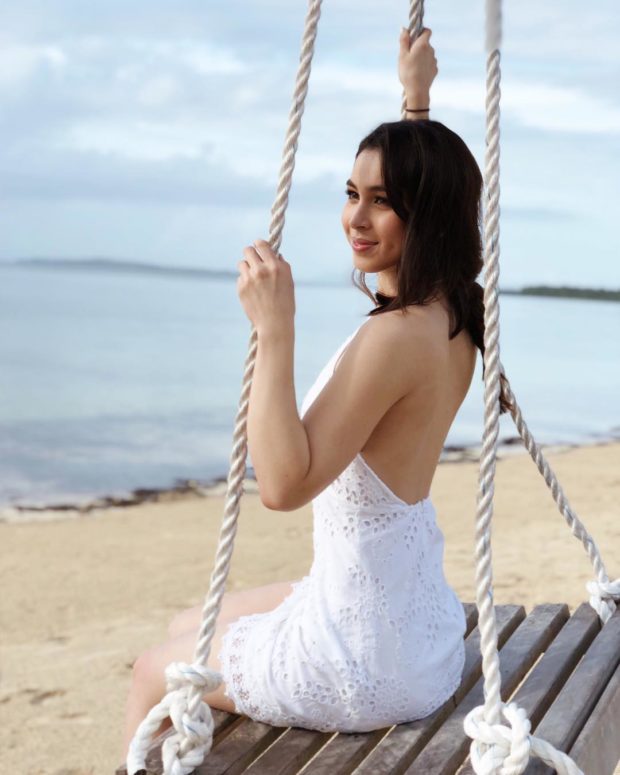 Candid and cool Julia Barretto admitted that the reason why she prefers wearing nipple tape instead of a bra is because a bra has nothing to hold on to her body.

Barretto and her onscreen partner and rumored boyfriend Joshua Garcia both went unfiltered during their interview on “Tonight with Boy Abunda” yesterday, Jan. 15. When the young actor was asked what his thoughts are on Barretto’s daring style, he expressed concern that the young actress sometimes does not wear cycling shorts and bra.

(Julia sometimes is not careful with what she wears. And sometimes, she doesn’t wear cycling shorts and bra, preferring to put nipple tape instead.)

Julia explained that she, like some women, is not comfortable wearing a bra.

She added that she only learned how to wear cycling shorts from Garcia and that her daring style is a way for her to express herself. Garcia chimed that he too no longer has any issues regarding Barretto’s clothing choices.

“Sa bra naman, pwede naman, mag-baby bra ka na lang (When it comes to a bra, I think it would do if you just wear a baby bra),” he jokingly whispered to the young actress.