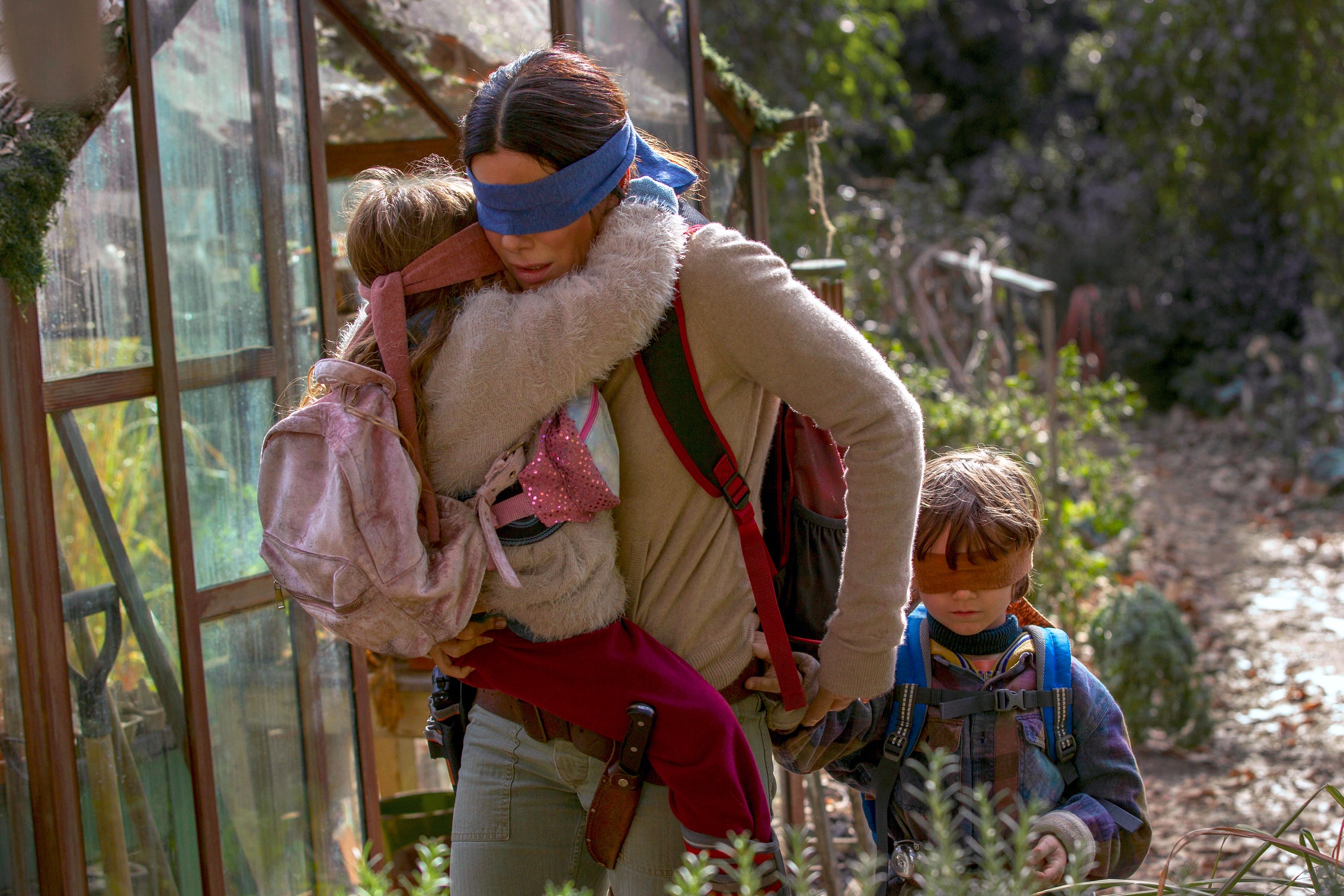 This image released by Netflix shows Sandra Bullock in a scene from the film, “Bird Box”. Netflix’s post-apocalyptic survival film is drawing criticism for using footage of a real fiery train disaster but the streaming giant has no plans to remove it. The footage concerns a 2013 tragedy in the Quebec town of Lac-Megantic when an unattended train carrying crude oil rolled down an incline, came off the tracks and exploded into a massive ball of fire, killing 47 people. Image: Fletflix/Saeed Adyani via AP.

The footage involved the disaster created when an unattended train carrying crude oil rolled down an incline, went off the tracks and exploded into a massive ball of fire, killing 47 people in the Quebec town.

The motion is non-binding but is a stern rebuke from Canada’s Parliament for the use of footage from the rail explosion in “Bird Box” and in the series “Travelers.”

Members of Parliament voted to demand that Netflix remove all images of the Lac-Megantic tragedy. Netflix has apologized but has refused to remove the images. Netflix licensed the footage from the stock image vendor Pond 5.

Pierre Nantel, a legislator with the opposition New Democrat party who introduced the motion this week, said he cannot accept Netflix not removing the footage.

“We know people are going to go and watch this film, and again these real images will be used,” he said. “For people in Lac-Megantic, they saw images of their own downtown burning, and could imagine their own family members in it.”

Netflix refused comment Wednesday, pointing only to a letter the company sent last week to Quebec’s culture minister in response to her concerns. In it, Netflix public policy director Corie Wright said the company “understands that many feel frustration and sadness at seeing images of this tragic event,” but it cannot make changes to “finished content.” /kga