Bleak and gruesome ‘Titans’ an experimental take on fantasy figures

They may have the same names, but the reluctant superbeings of “Titans” aren’t the same characters from the various DC comic books. In the series streaming on Netflix, the Titans are dark, disconcerting iterations—as if they were reimagined by Zack Snyder, who delivered a grittier than usual DC Universe in “Man of Steel” and “Batman v Superman: Dawn of Justice.”

But the filmmaker has nothing to do with the 11-episode show, which is developed by “Arrowverse” honcho Greg Berlanti, comic book scribe Geoff Johns and screenwriter Akiva Goldsman.

The Titans aren’t even an official group yet, but a loose gathering of individuals sticking together for survival: Robin (Brenton Thwaites) is an angry ex-sidekick who moved out of Gotham City; Kory (Anna Diop) is a black, amnesiac woman sporting Raggedy Ann hair and wielding solar powers; Rachel (Teagan Croft) is a girl who struggles to keep a dark, powerful personality from surfacing; and Gar (Ryan Potter) is a green-haired teenager who can transform into a green tiger.

Dick Grayson, Robin’s real identity, is now a cop, his childhood tragedy seen in mystic visions by Rachel, who suddenly becomes the target of various hostile hunters. Hoping for Robin’s protection, she eventually encounters and gains allies in superpowered people Kory and Gar.

Along the way, they meet the vigilante duo Hawk and Dove (Alan Ritchson and Minka Kelly, respectively), as well as Gar’s “family” of misfits, the Doom Patrol. 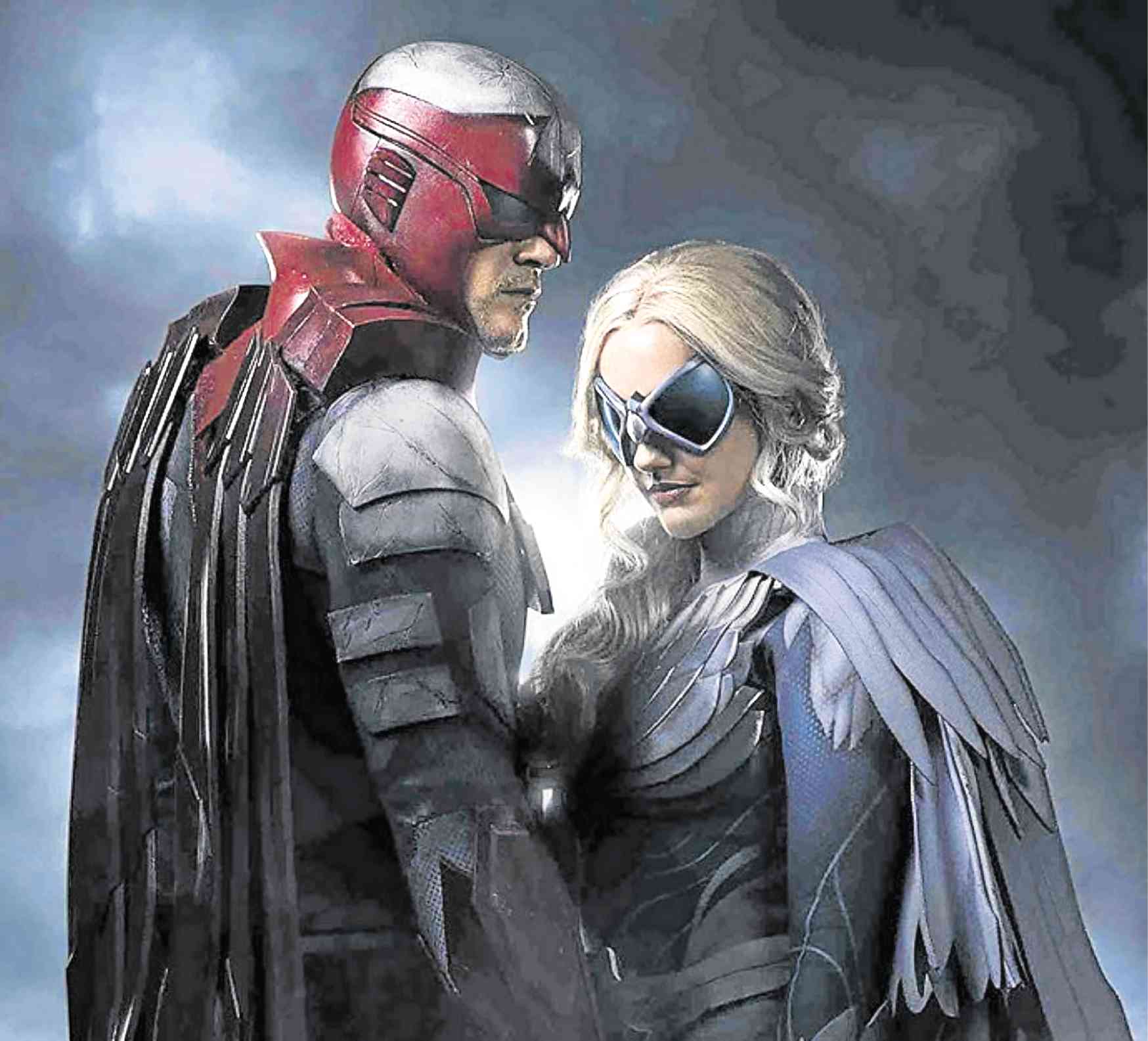 This show isn’t for kids, obviously. While the idea of a dark version of the Teen Titans is initially off-putting and contrived, it consistently entertains. The group here only has two teens in its still-unstable roster, hence the removal of the word “teen” in the title.

In any case, there’s the controversial profanity in the trailer months back, when the angst-ridden Robin, poised to beat up a group of thugs, angrily said, “F**k Batman.”

Well, swearing is a normal occurrence in “Titans,” and just as stunning are the depictions of violence—they’re actually often gory and shocking. The titular characters are also forced to slay their enemies at times, like they’re at war. The “kill or be killed” dilemma also unsettles, especially if one is familiar with the various comic titles, where heroes taking a life is a big issue.

Most of the characters are well-developed, humanized, and become characters you root for, despite that. Even the recurring Hawk and Dove have a standout origin episode.

“Titans” may not be for everyone, but it can be appreciated enough as an alternate reality that’s equally valid as other live-action and animated adaptations. It’s bleak and gruesome, but it’s something for viewers who wish to sample a considerably less wholesome, more experimental take on the long-established fantasy figures.