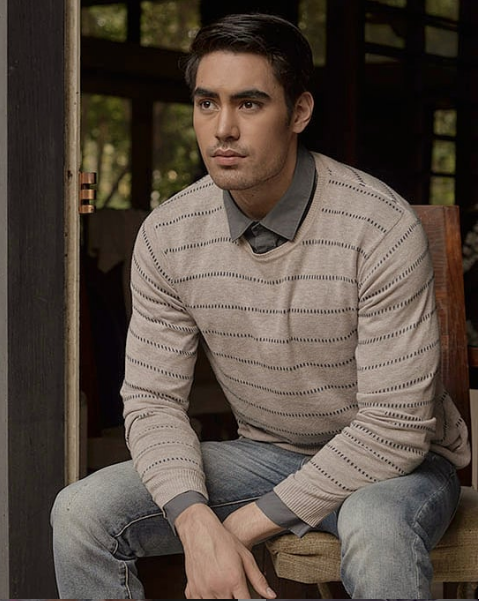 Clint Bondad may have found himself in a tight spot again after being called out by a netizen for urging men to “stay alpha” with the use of “male chauvinistic jargon.” But he was quick to explain what being alpha really means, at least for him.

It all started when the Filipino-German model, longtime boyfriend of reigning Miss Universe Catriona Gray, posted his version of the now-trending ten-year challenge in an Instagram post last Sunday, Jan. 27.

Bondad’s twin photos had one showing him sporting thick curly hair when he was younger, and a later photo showing his current do and muscled body.

“I remember asking girls what haircut would look good on me. Biggest mistake a guy can do when trying to get girls attention. ‘Cute’ does not get you on girls speed dial. I literally grew a p**** in that moment,” Bondad stated.

Bondad himself censored his own statement, leaving it up to followers to figure out what “grew a p****” could have meant.

“If you are a man you should give flying s***,” he said. “As long as you are comfortable nothing matters! Comfortable and KEEPING your BALLS  is the goal.”

“Stay alpha and pray that in 10 years you look even better!” he added.

#10yearchallenge Yes, I actually had an awkward stage… About 10 years ago. I remember asking girls what haircut would look good on me. Biggest mistake a guy can do when trying to get girls attention. "Cute" does not get you on girls speed dial. I literally grew a p**** in that moment. If you are a man you should give flying s***. As long as you are comfortable nothing matters! Comfortable and KEEPING your BALLS is the goal! Something we men really need to hammer into our brain over and over again! After you learn or remind yourself of that again you will have completely different girl problems. So here you go! Stay alpha and pray that in 10 more years you look even better! GO KILL IT! STAY MOTIVATED AND AGGRESSIVE!

While most netizens were awestruck by his transformation over the years as seen in the photos, one netizen going by the handle @missosology_realness did not like Bondad’s message.

“‘Stay Alpha’? I’m sorry Clint, I respect you and all but who are you trying to impress here? Men or women[?]” the netizen asked.

S/he added that women are not impressed with men’s “aggression, male chauvinistic jargon and ‘alpha talk’ and male bravado and machismo.” The netizen then told Bondad that he should be teaching boys how to be a gentleman. 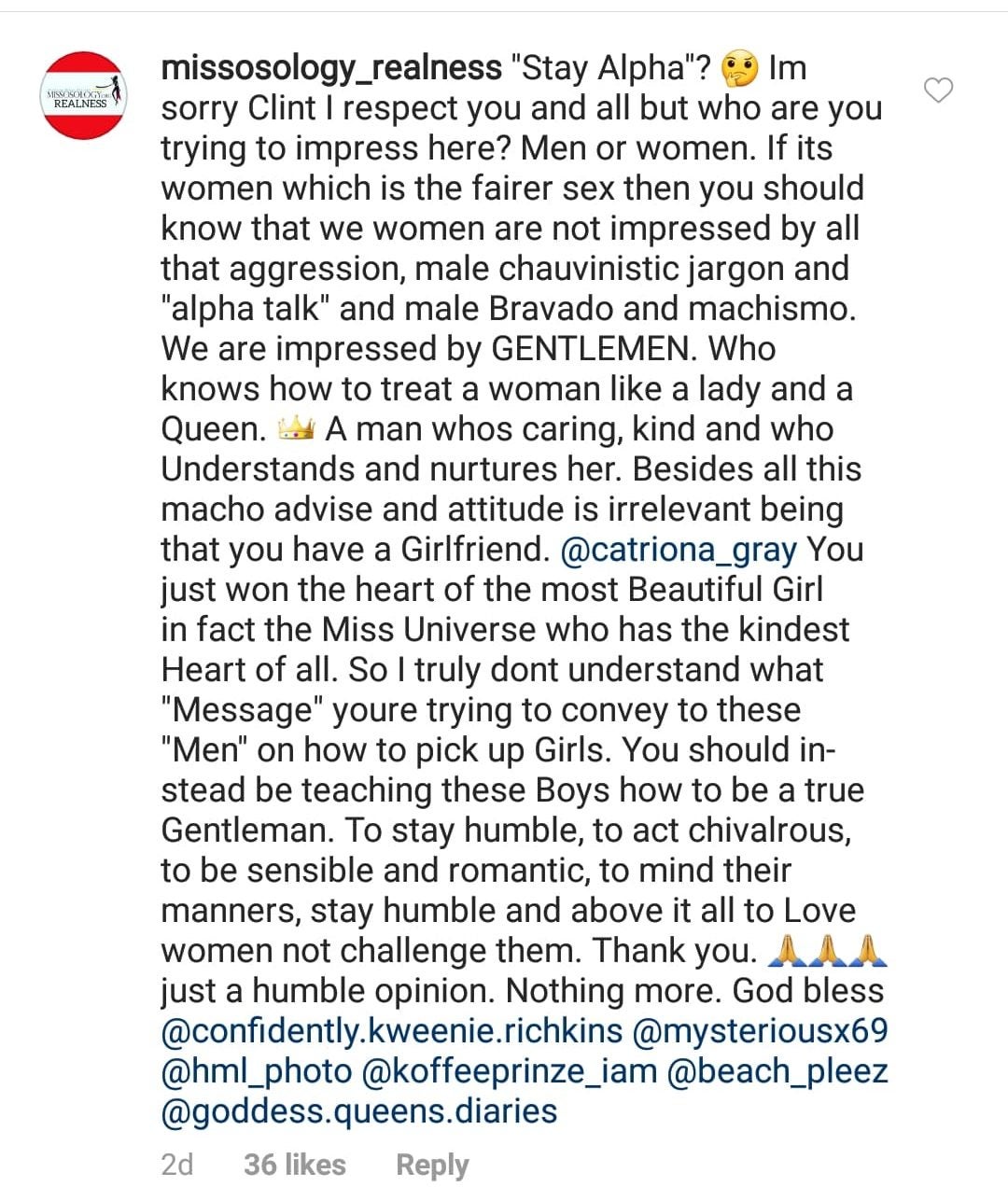 Bondad had a response to the netizen, clarifying his use of the word “alpha.”

“Nobody said that being alpha means that you can’t be all of your above-mentioned attributes too,” Bondad said. “Alpha literally means ‘leader.’ It’s a mindset. It’s not about being a ‘douche’ as you might wrongfully translate it as.”

‘The message obviously is NOT [meant] for you in this case. It’s for young men who need a brother or friend to motivate them to work on their dreams,” he added. 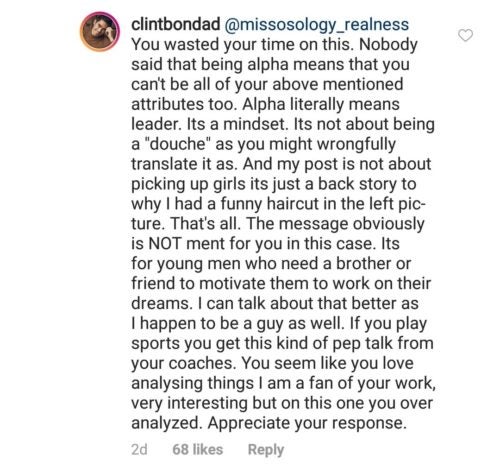 This is not the first time Bondad had to defend himself against criticisms from followers on social media. Bondad previously answered some bashers who criticized him for posting an underwear selfie over the holidays as a joke. JB

Clint Bondad reveals he chose business over being ASAP Coverboy

LOOK: Catriona Gray’s BF showers her with love and praise on their 6th anniversary