Amid calls from personalities in the film industry and an online movement to boycott the upcoming biopic “Bato”, the film’s star Robin Padilla claims that boycotting will negatively affect those who worked on the project. 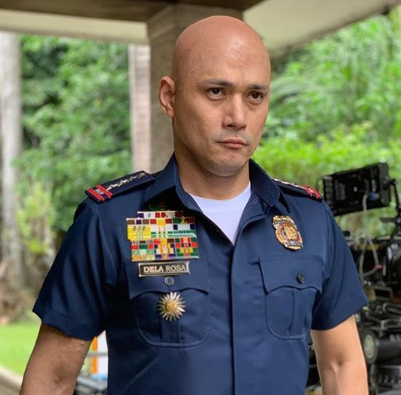 One of its criticisms is the movie’s timing, particularly its proximity to the 2019 senatorial elections, where Dela Rosa is a candidate.

Padilla shared a video yesterday, Jan. 27, on Instagram of some of the people who worked behind the scenes on the film.

(There are revolutionaries from the other side who want to boycott my film because of politics. I don’t know where they learned that stopping laborers from earning is being nationalistic.)

(The gap between the film/theater industries and the world of politics is wide, even if many artists are lured by politics and there are many politicians as well who are extremely becoming fond of being actors.)

The “bad boy of Philippine cinema” appealed to audiences to support the film for the sake of the production crew who worked on it.

(Many of them are self-employed, not regularized; in short, they only earn enough for a day.)

(The filmmaking life is so hard. There is no harder or a more dangerous job than filmmaking.)

(They need the jobs in filmmaking. They should not be victims of politics because in reality, politics has not done anything good for them. So if we can give them work, why should we stop from doing so?)

He proposed that biopics be made for Senator Antonio “Sonny” Trillanes IV, and Representative Gary Alejano who is running as well for senator in this year’s elections.

Both Trillanes and Alejano have been critical of the current administration’s war on drugs and deaths involving police operations, which occurred during Dela Rosa’s term as PNP chief.

(The best would be to encourage Trillanes or Alejano to make a movie of their lives so that those working in film will earn salaries for their family.)

Directors Lore Reyes, Carlos Siguion-Reyna and screenwriter Jerry Gracio are among those from the film industry who have taken a stand against the Bato biopic.

Gracio, whose critically acclaimed works include “Balangiga: Howling Wilderness“, recalled on Facebook last Jan. 25 that he was once tapped to make a movie about Imelda Marcos, the wife of late dictator Ferdinand Marcos.

(There are core values that should be immovable, not just as a writer or an artist, but also as a person.)

Siguion-Reyna wrote on Facebook last Jan. 25, “If one makes a biopic about a candidate running in an upcoming midterm senatorial election, and promotes it for release five months before said election, a release which may or may not boost that candidate’s ranking to the top twelve in political surveys, do you call that ‘pelikula lang ito, walang politika (It’s just a movie, no politics)’?”

“It is evident that ALL of the above are political acts,” the director explained. “So its makers and promoters shouldn’t wonder how and why it is getting political reactions, including the audience’s decision to see it or skip it. Let the audience decide.” JB