Luis Manzano, scolded for eating Bible-prohibited food, claps back: ‘So, see you in hell?’ 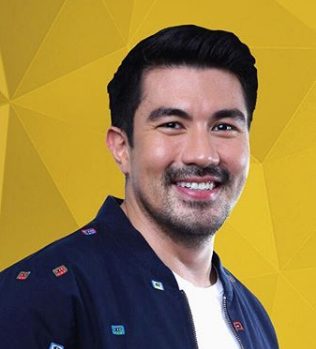 TV host and actor Luis Manzano brushed off the comments of one netizen after the latter called him out for a recent Instagram post — about food.

Manzano took to the social media site last Jan. 25 where he shared to his 2.5 million-strong fans the day’s gastronomic spread, which included shrimp, squid, grilled pork and fish, and corned beef, among others.

Many of Manzano’s fans practically drooled over the feast and shared to their idol that the food was some of their favorites.

“Napakasasarap naman po nyan!” said another (@jeni11e). “Lahat ng paborito ko.” (Those are so delicious. Those are all my favorites.)

It was a post that was made out of good fun, but it seems some were not receptive to it. A certain Jaime (@jaime_ruj), in a now deleted comment, pointed out to Manzano that the food he shared was prohibited in the Bible.

“These are one of what God said, ‘do not eat, it is unclean for you,” the netizen wrote, quoting the Old Testament.

(So what now? Will we see each other in hell? What time are you going ahead? Just leave the gate open, will you?)

“I didn’t say that brother. God said,” the netizen, in a deleted comment, repeated.

“Kaya nga, kita kits pre! (Exactly, see you there, bro!) Text me when you get there,” replied Manzano.

Other fans came to Manzano’s defense and called out the netizen for his out of place comment. “Be thankful instead, ang dami alam (you know too much) @jaime_ruj,” said one fan (@mynameis_dm).

A certain Kat (@kat_eugenio) also reprimanded the netizen, saying they were quoting laws from the Old Testament. In some verses in the New Testament, it was said that Jesus Christ has since declared all foods as “clean” (Mark 7:17-23).

“I know what you are referring to and I’m telling you that you have misunderstood it dahil sa Old Testament ka lang nag base (because you only based it in the Old Testament),” she wrote.

In the end, the netizen, seemingly out of bullets, told Manzano to just “move on” — a response the TV host found laughable.

(You made me laugh as you say, “Move on.” You cannot even move on from the squid and shrimps.) JB