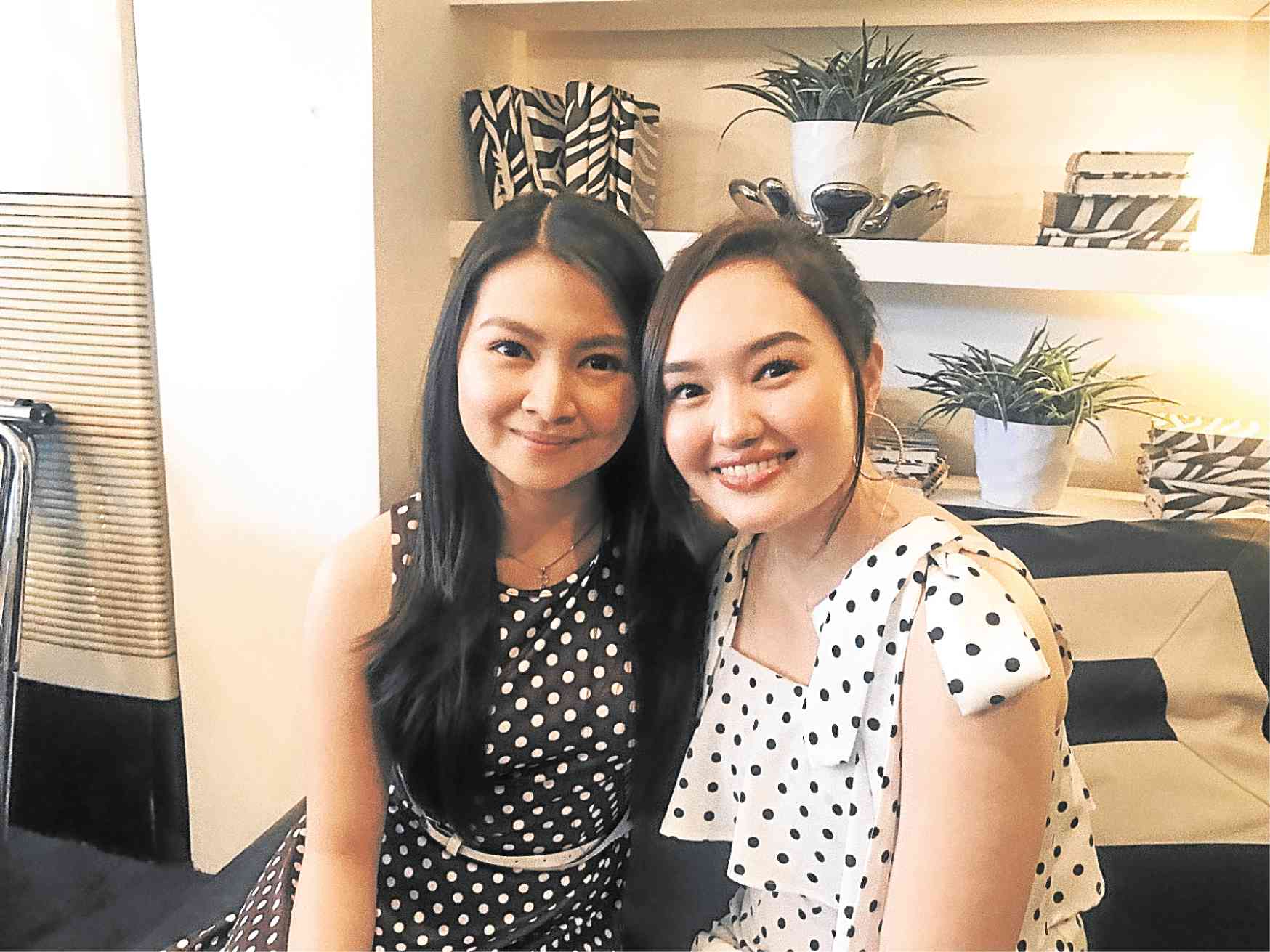 “Kara Mia,” the upcoming GMA 7 series whose lead characters are sisters who share one body with two faces, has yet to come up with a definite airing date. But already, the fantasy series has been generating buzz—and laughs—online, thanks to meme culture.

In a video teaser released last month, Kara, played by Barbie Forteza, is shown dallying in a flower garden. She then hoists her shawl, revealing a second face at the back of her head which, as it turns out, is that of her twin Mia (Mika dela Cruz).

The scene had viewers amused and bemused. And before long, cheeky netizens were churning out memes and video parodies and reenactments. One photo edit had Kara and Mia as a “1-2-3”-proof jeepney driver; another had them as a soldier in a battlefield, with Mia making sure the coast is clear.

In almost all these memes, it’s Mika’s face that serves as the punchline. But the young actress has been nothing but a good sport.

“I’m the type of person who can laugh at myself. I find these memes hilarious; my costars and I actually share them with each other. Social media is really something else—people are so witty and creative,” the Kapuso talent said in a recent pocket interview for the show.

“I just hope they used a different photo of my face,” she quipped, laughing. “Nakakainis ’yung hitsura ko.”

As such, “Kara Mia” has been inadvertently getting considerable free promo. But does this actually put the series in a favorable light? It had to be pointed out that some of these memes were created to make fun or mock the series’ concept. Or does the adage, “Bad publicity is still publicity,” hold true in this case?

Hazel Abonita, a senior program manager at GMA 7, seemed to gravitate toward the latter. “I think that, good or bad, it’s better than having elicited no reaction at all,” she said. “We take the positive comments and use them to help our show. But we also keep an open mind about the negative ones and try to engage with them.”

Mika echoed the network executive’s thoughts, adding that viewers not caring at all is a far more troubling prospect.

The 20-year-old also believes that the show has a story that’s strong enough to make sincere fans out of mere “memers.”

“Some of them are bullying ‘Kara Mia’ now, but they might find themselves giving it a peek—for curiosity’s sake—and find out later on that we actually have a good story,” she said of the show, which was partly inspired by the story of a 19th century British man Edward Mordake who, according to an urban myth, had a face behind his head, which “sneered” when he was “happy,” and “smiled” when he “wept.”

Aside from memes, the show also sparked a slew of basic—but unwittingly funny—questions about Kara and Mia’s bodily functions and daily activities: How do the twins sleep? Will there be hair-pulling scenes, and who gets hurt as a result?

“Our social media team are actually taking note of such questions and we will try to address them as the story goes,” Abonita said. “We want to make the show inclusive and make people feel like they’re involved and part of it. We want to tell them that we listen to them.”

For Mika, “Kara Mia” is one of her biggest breaks yet.

“I came to a point where I stopped expecting that I would get lead roles. I just wanted to work and accept whatever was given to me. Maybe it’s all about right timing. Blessings come when you expect them and when you’re already content,” related Mika, adding that playing Mia is both physically and emotionally demanding.

“My chest has to be bound. My movements should be in sync with Barbie’s. And I can no longer tell what’s right and left!” she quipped. “But challenge is always good. Otherwise, we wouldn’t grow as artists.”